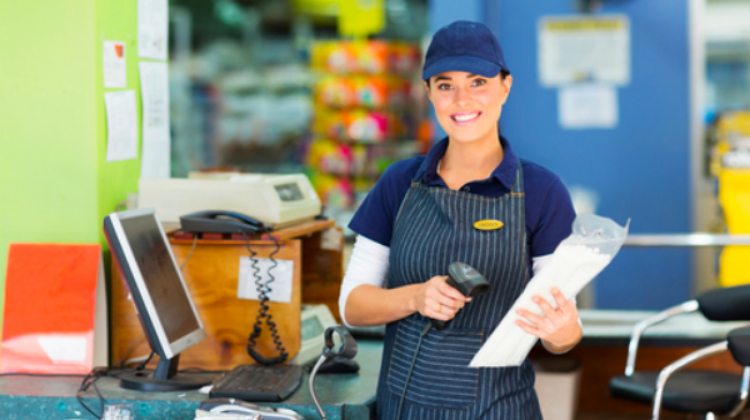 Recently we completed a home renovation project.  As part of the process, we decided to install a new Spa Pool.  I thought that buying a spa pool, or hot tub as some people call it, would be a straightforward process.  I had heard of an international manufacturer named “Hot Spring Spas” who have a dealer nearby.  They advertise a lot so I was aware of the brand.

So, early one Saturday afternoon, with the kids sporting commitments completed, I set out for the Hot Spring Spas showroom.  As I walked into the modern premises, I immediately noticed three things that stood out.

Firstly, there must have been twenty or more spa pools of every conceivable shape and size in that showroom.  Some even had water in them and appeared to be fully operational.  It was very impressive.  Secondly, there was a couple, probably in their late 30’s, casually wandering around the shop floor, looking at these space-age vessels.  Finally, there were two retail shop assistants.  A man and a woman.  One sitting and one standing.  They were by a desk off to one side in the showroom.  They were talking and pointing to a computer screen, perhaps discussing a quote or a product query.

I didn’t think too much of it at the time and began my research into the gleaming and comforting world of spa pools and hot tubs.  The options were endless.  Six seats, eight seats, ten seats.  High-pressure water jets that point in every direction.  Neck massagers, feet ticklers and so on.  Given the likelihood of teenagers and their mates spending many more hours in the family spa pool than I could ever contemplate, I ventured towards the larger, eight and ten seat options.

As I glanced across the showroom I noticed the couple leaving the store without saying a word.  The retail assistants at this point remained firmly fixed on the computer screen.

After reviewing the available information, I settled on the two spas pools that would best suit my needs.  Large enough for a group of teenagers to have some fun, and with enough features to fulfill the relaxation and comfort needs of an active family.

The retail assistants had now lifted their gaze from the shared computer screen and were now chatting casually.  The body language indicated that the conversation was no longer work related and that they were probably just passing the time on a slow Saturday.

I had a few questions about my newly arranged shortlist.  I needed dimensions, running costs, and pricing differences, as well as some general information about day-to-day operation and maintenance.

So I tried to attract the attention of the two people whose job it was to ‘mind the store’ that day.  By now I had been in the store for at least 15 minutes, and I had no acknowledgment that they had even noticed me.  I’ll be honest, I didn’t call out or make a lot of noise – just a wave in their direction a couple of times, as you might if you were trying to attract the attention of a waiter in a restaurant.

Nothing.  No response at all.  If you know what I mean by this, they had noticed me but not seen me.

So, twenty-five minutes after walking into their store, and just as the couple before me had done, I left.  As I walked out the door, finally, the woman came to life and called out across the store.

“Was there something I can help you with?” she said.

“No thanks, just looking” I replied as I left.

I returned to my car and immediately grabbed my phone and searched “spa pool sales / current location”.  I discovered another store representing another American manufacturer; “Sundance Spas” was a short drive away.

Within 10 seconds of walking in through the double doors at Sundance Spas, I was greeted warmly by one of the two people working in the store that day.  He introduced himself as one of the owners of the NZ Distributor and asked me what I was looking for.  He pointed me towards the larger pools, gave me a couple of minutes to look at the options and then returned to my side to answer my questions and give me the sales pitch.  He was helpful, constructive, and I immediately trusted his advice.

So, in the space of 45 minutes, I had looked at the products of two American companies (one of whom should be squirming if they read this), both represented by dealers in my location.  This is one of those classic cases we see nowadays, where the products are quite similar.  But the customer experience could not have been more different.

It is important to remember that I had intentionally gone out that day to see Hot Spring Spas.  They were the ones advertising their brand and as a result they were the brand that I was familiar with.  However, within 24 hours we had made the decision to purchase a Sundance Spa.  The enthusiasm and commitment that I had first seen in the showroom extended throughout the process, to include the ordering process, delivery, installation and after sales support.  In fact, everything that had to happen was done on time and with a smile.

Here are some of the lessons from this experience, for anyone in a sales role.

Unfortunately, the spa pool story is not unique.  We all suffer these moments over and over again.  The retail sector is under pressure like never before.  Money is spent to attract customers who are then turned away by poor service.  But the solutions are not complicated.  Find out what your customer wants, and provide it to them, on time, at the price you agreed, and with a smile on your face.