Christchurch: Our City in Ruins (with apologies to Bruce Springsteen) 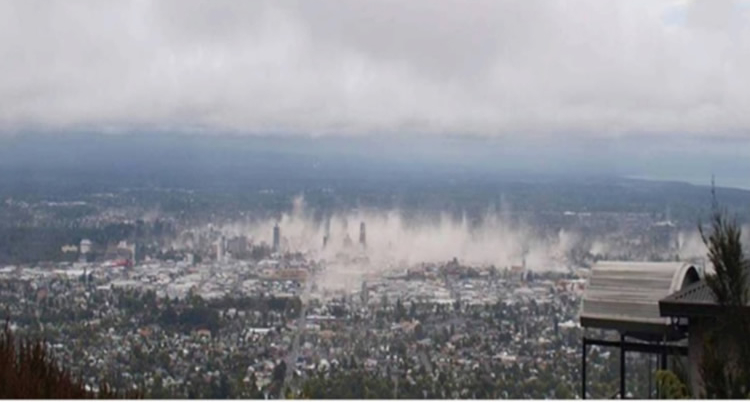 Before I start with a new client, I usually jot down a few notes outlining my first impressions, preconceived ideas and what I think I will find.  I often refer back to those initial notes, as they sometimes help me to stay on task as the risk of distraction threatens to take over in the new and needy organisation.
I was privileged to be asked to conduct a review of the Central Christchurch Development Unit (CCDU) – the organisation within the Canterbury Earthquake Recovery Authority (CERA) responsible for leading the rebuild of the Christchurch CBD.  The day before I started, I went for a walk around the dilapidated city. This is what I wrote that night.

This is a city that has a bit of pride.  One eyed!  But proud.
So what’s happened?
Two and a half years ago there was an earthquake.  The second of two big ones.  186 people died.  The city was left in ruins.

It’s two and a half years ago, and yet this once proud city is a mess.  Japan had an earthquake about the same time, and yet they have fixed a whole lot of things already!  Vast sections of the central Christchurch have had the buildings that once graced the streets demolished.  And yet a whole big chunk of town has derelict buildings still standing.  Apparently waiting for the insurance companies to agree that they can be knocked down.  The word on the street is that Vero are the worst!  Apparently NZI have been the best.  Depends who you talk to!

The great sadness is this.  A city needs a heart.  And Christchurch’s heart is broken.  The CBD is like a ghost town.  The place was always quiet after 5pm.  But now it’s desolate!  There are a few hotels operating.  None of them are full.  There is no-where to eat unless you go out to some of the surrounding streets – like Victoria St.  Oh yes, Victoria Street.  That’s just out of the CBD, where they are building office buildings as fast as they can to accommodate the town’s Accountants and Lawyers.  Sadly every time, someone signs up for an office or a shop outside the CBD, it’s another dagger in the heart of the city.  Another missed opportunity to reinvigorate downtown.  Another chance to get some people coming into town on a daily basis …. Lost.

But here’s the problem.  Downtown is not a very nice place to be.  A lot of vacant lots, finished in grey shingle.  Nothing more, nothing less.  It’s dusty.  There’s graffiti, and the roads are a mess.  There’s nowhere to park.  Oh, and the “thug factor” is alive and well, particularly after dark.  In fact, it doesn’t feel like a very safe place to be.  If I was running a big Company here, I’m not sure that I would want to “gamble” on the safety of my people as they come and go!

So where’s the pride Christchurch?  Sure there are delays.  Insurers have their processes to go through.  Governments and City Councils are notoriously slow moving, and I guess there are a whole lot of people doing their best!  But it wouldn’t take much to clean the place up.

Firstly, let’s demolish everything that is irretrievable.  High St is a mess.  The road is closed in places because the old buildings have fallen across the road.  Demolish them.  Keep the facades if you can.  But get rid of the rest and re-open the road.  And it’s not just High Street.  How do you start to demolish a building – like they have with the old BNZ building on the Square – and then stop?  Now there’s court action!  Why?  While you’re at it, get rid of the tired, faded construction company banners that are in various states of disrepair hanging off the abandoned buildings.

Next step – clean everything. Get rid of the metal shingle and the dust will disappear.  How about some nicely maintained grass – maybe even a bit of planting?  Every owner of a site that has been demolished but not rebuilt should be asked to “greenify” the site. It used to be the “Garden City”!  Remember? 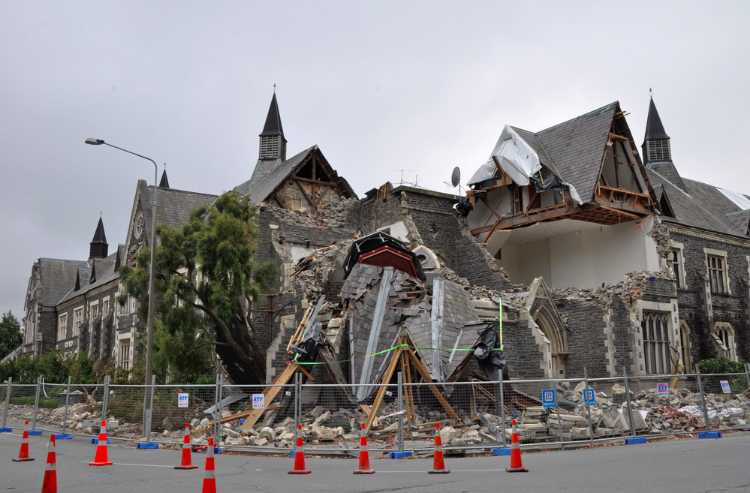 CERA, the Canterbury Earthquake Recovery Authority needs to get moving.  It needs strong leadership, property people and a good basic action plan.  Oh, and plenty of communication.  Currently, it doesn’t seem to have any of these.  The Government and the City need to get their act together…. decide who is responsible for what ….. and leave them to get on with it.  I hear that many of the people at CERA spend most of their time preparing reports for the Minister.  Christchurch does not need more reports.  It has a city to build.

The city needs and deserves an autonomous master developer.  Probably a State Owned Enterprise or some other form of Metropolitan Development Authority.  It needs a driven CEO.  A strong leader.  A great communicator.  Someone who is customer led.  The customers are the people of Christchurch, not the Minister!  The development authority would need it’s own Board of Directors, funding structure and plenty of autonomy to get on with the job.  The city needs a dialogue with property developers, owners, tenants, retailers, accommodation providers, shoppers, pedestrians, drivers, workers and so on.  Perhaps even the University?

That prompts another discussion.   The University is based out of town, and needs $300m spent on it to become fully operational again.  There are moves to relocate the University back into the city.  Controversial?  You bet!  But it would bring 20,000 people back to the city, every day.  You could locate the University on a campus around the city fringe – put the medical activities near the hospital and health precinct, the sports related activity near the Metro Sports facility and the technology and engineering schools by the Innovation Precinct.  The commerce school would end up right beside the CBD.  You could work in an office by day, walk three blocks to the Business School and do your MBA by night!

While we’re on the subject of changing things.  I hear that a $90 million beautification programme around the Avon River is a priority.  So is the Stadium!  I would have thought there were a few bigger priorities.  You already have a stadium.  Sure it’s temporary.  But it works.  And it will get you through the next 5 or 7 years.  The River can be fancied up later.  Do the important stuff!  Stuff that gets people coming to the city.  Offices, retail, car parking, residential accommodation, education, gymnasiums, restaurants, bars, and open spaces.  And tourist stuff – hotels, souvenir shops, an All Black shop, bus tours, trips to observe a rebuild in action, or maybe to the country.  This town has some of New Zealand’s best golf courses.  Promote them and get the people coming back.  There’s a tourism story here somewhere.

So let’s get going Christchurch.  You can’t just blame people.  You need to get organised and make your own luck.  Imagine that this is one of those rugby matches that you love so much.  The game has been going for two and a half years, and you’re losing!  What would you do?  Change something!  Change everything.  Because the current tactics aren’t working.