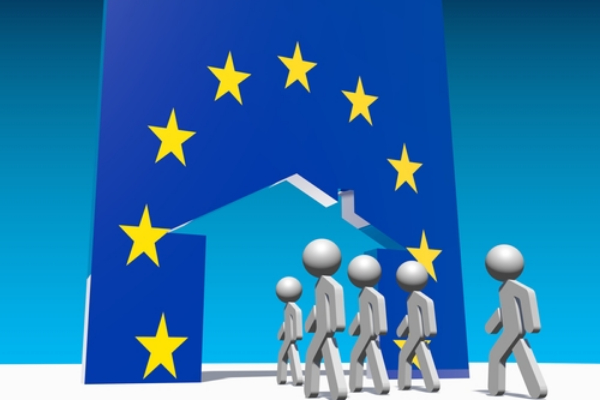 Europe’s refugee crisis has been one of the fastest moving stories I have ever seen.  As is often the case with something moving that fast, there is little balance in the commentary.

At one extreme is the humanitarian and aid industry, and their supporters, who are calling for massive action to relocate Syrian refugees to western countries, irrespective of the consequences.  This group is supported by sympathetic news coverage, of truly dreadful events, running 24 hours a day around the world.

At the other end of the argument are concerned and perhaps frightened groups of people, who, in the case of Australia and New Zealand, believe that they live in the best place in the world and who want to keep it that way.

Last week, I wrote in NBR Online that the panic needed to be put to one side and that leaders needed to step forward with a considered and rational approach.  The reaction to that article confirmed my suspicions and reflected the positions above.

However, no sooner had that article appeared than Germany began to show some leadership in what otherwise may have become an even greater international fiasco.  Germany’s willingness to take on a huge number of refugees – or economic migrants, as I prefer to call many of them – raises a number of questions for us all to consider.  Last time I checked, Germany’s population was about 80 million people.  They are now saying that they will take in an initial 800,000 refugees.

To immediately allocate space in your society for another one per cent of the population is a big call.  We now know that Germany, with its ageing workforce, needs labour to facilitate its ongoing growth.  But surely there has to be more to it than that.  To put it into perspective, Germany’s response to the crisis is equivalent to NZ taking 45,000 refugees or Australia finding room for 200,000 more.

There is no question that Germany’s offer is heroic.  But the decision may bring it’s own challenges.  This is my first memory of refugees from war torn countries being welcomed so openly, and in such large numbers.

We have to be honest.  The challenges will be immense.  You see, it’s one thing to agree to take them in.  The real question in my view is, how do you do so in a manner that ensures success for the refugees themselves, and their new hosts.  Here are some of the issues that come to mind.

The floodgates are now open.
The vast numbers of people flooding into Europe doesn’t look like slowing down any time soon.  A number are already in Germany, with many more, maybe millions, on the road heading that way.  At this point there are no actions taking place in Syria or Iraq that will slow that flow down.  So the demand for places to live, and the new life that goes with it, will continue to grow.

Germany’s offer means that these people are not just travelling with hope.  They are now travelling with permission.  There is an enormous difference.  Despite the numbers that are already on the road, many more will feel that the journey is now more achievable, and worth the risks.

So what happens when those 800,000 slots are filled?  Germany’s offer, while incredibly generous, creates greater problems down the track.  Pressure will undoubtedly go on to other European countries to increase their allocations.  However, the capacity for the European countries to take on ever increasing numbers will inevitably run out.  There is no question in my mind that demand of refugees is already exceeding the supply of countries willing to take them.  And yet, there will be more people, some desperate, some opportunist, starting that journey today.

Sorting the genuine cases.
All of a sudden, it’s cool to be Syrian.  There has been plenty of commentary this week about piles of Pakistani passports abandoned at the Hungarian border.  People will do desperate things if the prize is big enough.  Life in Germany, and an opportunity to cash in on their economic story, is one such prize.

The challenge for German authorities, and other host nations, is to process the hordes in a way that generates the right outcomes.  There will be thousands of genuinely heart wrenching cases.  People who are threatened.  People with nowhere else to go.  Mothers with young children.  This cruel war has undoubtedly thrown up hundreds of thousands of innocent and genuine victims who have been through hell.

But, there will also be thousands of cases that are not so genuine.  Some call them opportunist.  Economic migrants is another term.  In many cases these are the fit young men we have seen in the television pictures.  Good clothes, fancy shoulder bags, and cell phones at hand.

As David Shearer said to Rachel Smalley in the Newstalk ZB debate last week, the really genuine cases can’t make it to Europe.  Millions of men, women and children are trapped in camps around the Middle East.  There are 1.2 million in Lebanon alone.  It doesn’t seem right that these people don’t get the same chance at “Euro freedom” as those who have had the money and opportunity to run.

Critical to the success of the response will be ensuring that the right people, the deserving people, are granted refugee status and given the opportunity for new lives.  And that the wrong people are not.

Eliminate the risks.
Speaking of the wrong people.  Among the swarm headed for Europe, there will undoubtedly be some ratbags.  We all have to accept that when you import a large segment of any society, you are going to get a complete cross section of everything that society comprises.  You only need to look at the growth of the Chinese population in New Zealand and Australia in the last 20 years.  Whilst there have been undoubted benefits, we also now see Chinese crimes in our courts, with Chinese victims seeking help, and Chinese perpetrators in our jails.

There will be criminals without identification hidden in the masses heading for Europe, and somehow they will have to be identified and stopped.  These people may even have been participants in the war, who are now seeking to run with the masses.  In addition there is that unique group who are seeking to extend the reach and the terror of the militants whose very actions in the Middle East are driving this mass migration.  We are all aware of the calls by senior leaders of those militant organisations to “go out and create havoc around the world”.

Remember, it only took nineteen well-researched and highly trained people to create such havoc fourteen years ago today, on September 11, 2001.  Could nineteen people hide in the throngs headed for Europe?  Absolutely.  How do you stop that?  I don’t know.

How many radicalised Muslims are traveling through Europe’s open borders and into the welcoming arms of Germany, with sinister plots as their core purpose?  We don’t know.  But somehow, the European authorities have to identify and stop them, before they stop our way of life.

How do you make it a success?
If you can assume that the countries taking on refugees, including our own, can identify the right number of the right people, ensure that they are genuine, and eliminate the risks mentioned above, the real challenge arises when they are welcomed into their new country.

In New Zealand, we are regularly told that we are very good at successfully inducting refugees into our community.  And we should be proud of that.  However, this week we were told by the Red Cross that, after five years in New Zealand and despite all the support that we give them, fifty per cent of those refugees are still without a job and drawing the unemployment benefit.  I don’t think that many New Zealanders would regard that as being successful.

We don’t need any more taxi drivers with PhD’s
or doctors working as cleaners.

If we are able to identify people with a genuine cause to be relocated here as refugees, we have to do more than welcome them.  Part of the successful outcomes test must surely include the ability of those people to become contributing members in their new community.  This is as necessary for their well being as it is for ours. We don’t need any more taxi drivers with PhD’s or doctors working as cleaners.  Lessons in business tell us that intelligent people want to work in challenging environments where they feel valued.  And yet we seem to think that putting some, but not all of these people into low-end jobs is success.  It’s not.So what are the things that we can do in order to make such transitions more successful?  In Germany, they are taking on such scale, that they should be able to create employment for their new citizens providing services for each other.  These new Germans will need healthcare, education, and accommodation.  Doctors, nurses, teachers and builders could be put to work immediately.  It doesn’t take much imagination to work out how such a large community can become employed.  With the right support, they could become a self-managing community.  The downside is that locking them away in their own bubble will not satisfy the need for them to participate in society at large.

Surely after relocation must come integration.  Both sides are to blame here.  The lives of refugees often revolve around their own ethnic communities, whilst the locals are often not particularly welcoming.  So getting them to participate in society at large is not just up to them.  It’s up to us.  Part of the problem with successfully integrating refugees comes down to accents, apparel, racial views and religious choices.  Collectively, if we are going to take these people in, we have to be prepared to do our part to help them become contributing members of our communities.  Let’s be honest.  We are not very good at that.  Our people, and our organisations, are going to have to become more respectful of our new guests and the experiences and qualifications they bring with them.  One question that comes to mind is this.  How do we make their qualifications relevant?  Instead of funding the dole, should we be funding university study enabling their qualifications to meet our standards?  Ongoing education in return for commitments in terms of tenure works elsewhere.  Why not here?

This crisis, and the television pictures that go with it, has delivered a rich vein of opportunity for the worlds humanitarian and aid agencies.  And they’re not wasting it.  Their responses include candle lit vigils and calls for immediate increases to permanent refugee quotas across the board.  These calls are, it seems, irrespective of the genuineness of the need, the security risks posed or the likelihood of successfully transitioning these people.

And yet when you consider the challenges that this crisis brings, the best place for these people to be is back in their homeland.  Someone just needs to make that home safe again.  The world will be able to help, to a point.  We can all take a few people.  But we should only be prepared to take as many as we can make successful.  Making their country hospitable again is the ultimate solution.  Stop people having to leave, re-build and create opportunities for others to return.  That means more war, more troops, more bombs and more casualties.  These problems are complex.  The solutions aren’t easy either.