Leave Your Phones Behind, And Have A Chat To The People Beside You 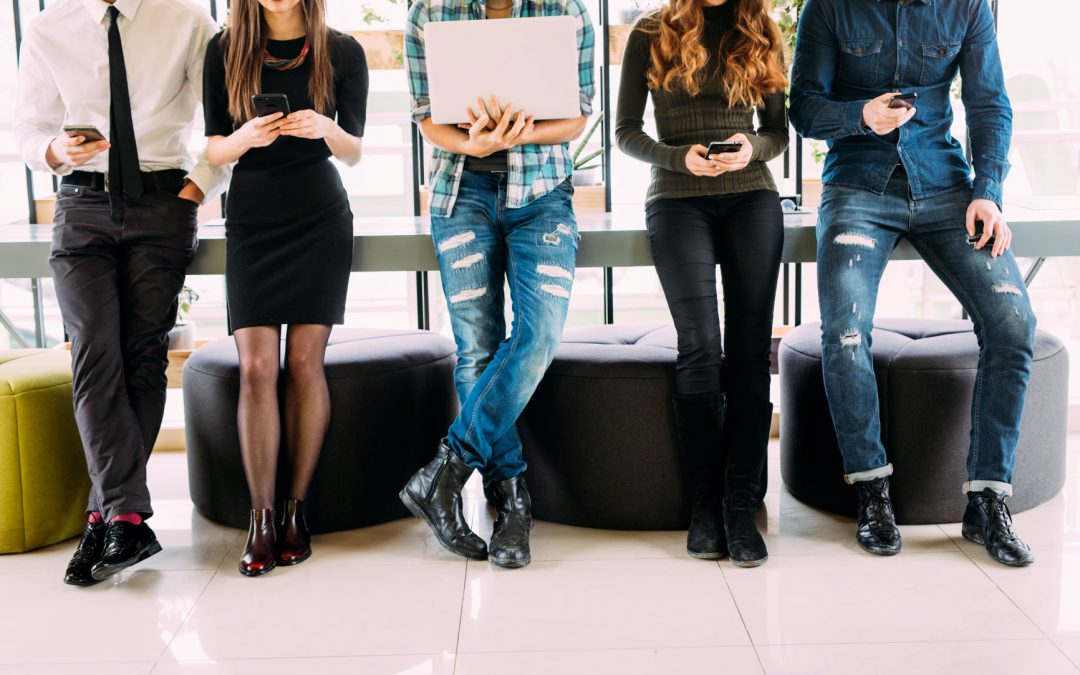 I’ve been thinking about the future of communication. Not as it relates to technologies, satellites, mobile coverage or even computers and phones. But communication in relation to how we interact with each other.

Last week I arrived at a meeting a couple of minutes early. There were already three people there. As I walked in I said good morning. They all looked up from their phones and muttered a greeting of sorts. Without exception, they all put their heads back down almost immediately and continued scrolling, swiping and flicking.

The remaining four people, including the company CEO, arrived at our meeting, and for the next couple of hours we collectively went about the business at hand. I continued to watch the three early arrivals, mainly to observe how they interacted with each other in the meeting. It was friendly enough, and constructive, but the whole encounter lacked any real warmth or energy.

The people in question had been working together in this organisation for three, four and seven years respectively. I later made some polite enquiries to see how much they knew about each other. Did they know Alex had been there for seven years? What about the marital status of each colleague, or perhaps whether there were children? A birthday perhaps? No. Nothing.

On Thursday night, I met a couple of mates at one of the local bars to enjoy a quiet drink and celebrate the end of a short week and the excitement of an even shorter one ahead.

In the corner of the rather open and spacious waterfront establishment, was a couple. He had a beer, she a glass of white wine. A nice night out together. Or so you would think.

But I kept an eye on them for the full ninety or so minutes they were there. Apart from the occasional enquiry as to whether they should order another drink, they hardly spoke. They seemed happy enough. They were just busy looking at their phones. Scrolling, swiping and flicking.

I can only imagine that when they arrived home, they would retreat to opposite ends of the living room and watch or read entertaining material that suited each of their particular interests, continuing without the need to acknowledge each other.

I have often said that we don’t tell jokes any more. We read jokes on our computers or phones and sometimes we might even send them on to others. But you don’t hear us telling them. The ability to share a joke with your friends leads to the ability to tell a story. We often hear how important storytelling is in leadership, marketing and sales, not to mention bringing up kids, and yet the core curriculum of storytelling is fading away while we stare at our phones.

We are at risk of stopping the very behaviours that make us a community. A face to face community that is. You know, the sort where you make an effort to get to know people, talk to them, and become interested in them and what they are doing. You see, I don’t think we are spending anywhere near enough time talking, laughing, sharing experiences, or watching a movie together and chatting about it afterwards.

We’re not sitting in the meeting room chatting to our colleagues about their interests and activities. Getting to know them. We’re not asking about their weekend or their children’s sporting events or even chatting about the footy results.

And if we’re not talking or laughing together, about the silly stuff, or the fun stuff, or the interesting stuff, we’re equally not building the communication lines or the relationships that we need to have with people to enable us to discuss the serious stuff.

If you’re sharing ideas, managing a team, or developing a plan, the success of the interactions with people will always be a function of the relationships those people have with each other.

It’s no different in the household. The saying goes that the family that plays together stays together. I would extend that to the family that talks, debates, shares ideas and has a laugh every now and then, will be well equipped to deal with whatever comes their way.

The better the relationships, the more effective the team. Stronger ties will allow more productive discussions, particularly if the topic gets tough or the decisions are difficult. Knowing people, how they react, what’s important to them or what their priorities are will help us all to manage, lead, or respond that little bit more accurately.

Our response to such transitions in society is often to deal with change by putting something formal in place to compensate. Perhaps another meeting? But it doesn’t make sense to turn to formality and process to replace what was once a casual conversation served up with a couple of laughs on the side.

Perhaps it might be easier to leave our phones behind and chat to our colleagues instead.

Bruce Cotterill is a Company Director and author of the book, “The Best Leaders Don’t Shout”.