Let’s talk about Communication: 6 Simple Steps to Connect with your People. 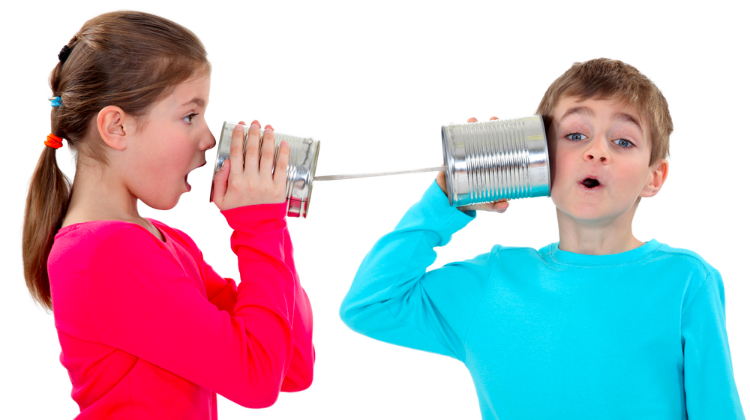 We hear plenty of talk about the need for managers to improve their communication. However, a lot of people in leadership roles don’t know how to do that. So whether you have 8 people or 8,000, here’s six simple things you can do to improve the quality of communication between you and your team.

1.  Move your desk to open plan
I have been sitting in open plan for twenty years, and I can’t believe that executives are still sitting in offices in 2015. The one thing you can do to have the biggest impact on your communication in the shortest time is to get out of your office and sit among the troops. Once your people get over the shock that you have done it, the benefits are immediate. Firstly, you get a much better feeling for what is going on around your team. When you are sitting in amongst the action, you don’t have to find out what’s going on, you instinctively know. You overhear stuff. You are part of the conversation. People overhear you. People see you. You are instantly more visible and therefore will be seen as being more accessible. If you have a need for confidentiality, create a bit more space around you than the normal workstation will allow. Sit your closest confidants, who know what’s going on in your life, closest to you. In my case, I always have my executive assistant and our CFO immediately nearby. You might also need regular access to a meeting room from time to time. However in the eyes of the people around you, you will be ‘out in the open’ for everyone to see and as a result you will become part of the action.

2.  Big Room Meetings
When it comes to communication, in most organisation structures we rely on one group of managers to get the message to the next group of managers, and that group to get it to the people. Depending on the size of the Company, this can go on through a few layers. Of course, by the time the message gets to the people on the factory floor, or those interacting with the customers, it has been re-interpreted a few times.

That’s why I love big room meetings. You know the sort. Where you get everyone together in the big meeting room, or the cafeteria, or wherever the biggest space is. And you tell them what’s going on. Everyone gets the same message, with the same emphasis and the same sense of priority. That might mean getting some people, who are not based in the home office, dialing in by phone or video-conference to catch the action. In one of my businesses we had the entire 700-person workforce attending the Monday morning meeting, every week. In a rapidly changing business, it is a fantastic way to keep everyone on point, and ensure consistency of message to your customers and stakeholders.

What we have to remember is that everyone likes to know what is going on. People are fundamentally nosey. And in business, chances are you can tell them almost everything. Go on, be honest … how much is really confidential. Trust your people with information and they will return the favour ten-fold.

3.  Morning teas
I was once appointed as CEO of a loss making business with an extremely poisonous company culture. You know the sort, claws came out just as the offices opened each morning and weren’t put away until everyone went home at night. Men and women, young and old, they were all as bad as each other. Misinformation was rife and respect for the organisation was non-existent. As a result recruitment was difficult and our customers regularly received conflicting information.

One of the things we did to change that culture was the introduction of a weekly morning tea. I have been doing it ever since. Every week, usually on a Wednesday, I would have morning tea with one of the teams, usually eight to ten people or thereabouts. There were only a couple of rules: One, I brought along the muffins, and two, they brought the agenda. In other words, we talked about the stuff that the people wanted to talk about. It’s funny, but in the smaller groups, people are much more willing to enter into conversations with the boss than they would be one on one, or within a larger group. And of course, once the discussion opens up, you can cover off the things you want to talk about in the normal course of the conversation. Again it creates the opportunity for leaders to get a consistent message across.

Sadly, managers are typically reluctant to do this. On questioning dozens of leaders, they are mainly concerned that people will ask for things that they don’t want or that the company can’t afford. The reality is the opposite. In fifteen years of morning teas, the most expensive thing I have been asked for cost $1,176.00. It was an extra light in the car park for the women that were working late in winter. Once they get used to it, your people will love the opportunity to engage with you in small groups and they, like you, will look forward to the opportunity.

Rule 1.  I bring the muffins.
Rule 2.  You bring the agenda.
4.  Celebrate Successes
People love to be part of something successful. Remember, in a lot of businesses, the number one thing people worry about is the security of their jobs. Celebrating events regularly makes people feel that they are part of something that is successful and gives them a sense of stability. It doesn’t have to be a big success and it doesn’t have to be a big celebration. It can be a new customer, a big deal or even a birthday, a wedding anniversary, or someone coaching the local little league team to some success. And it doesn’t have to be expensive. A bottle of wine, a dinner for two, or a lunch for the team.Remember, you are creating another opportunity to make a short speech in front of your team, thanking or congratulating one of their workmates or the group they are part of. You are again visible, accessible and real. That’s what they want you to be.5.  Friday Night Drinks (Only once a month)
Note: Not to create a booze culture. But to create another opportunity where you can wander around the team in a relaxed environment and talk about the week just gone. This is where you hear about some of the customer issues that might not otherwise get to you, a product pricing issue, or the fact that you are having difficulty recruiting a junior role. Sometimes, you will feel the need to take action and sometimes you wont. However, it is another opportunity for your people to see you as an approachable member of the team, rather than the boss.Note, most importantly, in setting up the drinks evenings, make sure that they are only for an hour or so and that people are encouraged to obey drink drive rules. If you are an organisation that is serious about caring for your people, it’s the right thing to do, and it reinforces your cultural objectives.6.  Walk the Floor
I always mark out time in my diary to ‘walk the floor’ two or three times a week. Not just to be seen, but to talk and learn. I love to stop by a salesperson’s workstation and find out how they are getting on. Or chatting to the customer service people in the call centre and hearing what they are dealing with each day. It gives me a little “health check’ on the business. But you have to be disciplined and make time to do it.

One of the Companies that I led had a large sales team and a substantial customer service team. I tried to walk the floor – 50,000 square feet of open plan – at least a couple of times per week. I left after we sold the Company and a number of things started falling over. They were losing a lot of people and customer numbers started dropping too. About a year later I bumped into one of our old sales team and asked him what was going on. Without hesitation he said “we haven’t seen anyone from upstairs since the day you left”. Remember, your people want to be led and they want to know that you care.

Finally, some simple rules around messaging. Be consistent and stick to the same story. Keep messages simple. Simple straight-forward messages are more likely to be communicated accurately by others. Make sure that your own actions are always consistent with the messages you are sharing with your people. Oh, and have fun.

Have a great week.