TOM PETERS: Still fantastic after all these years. 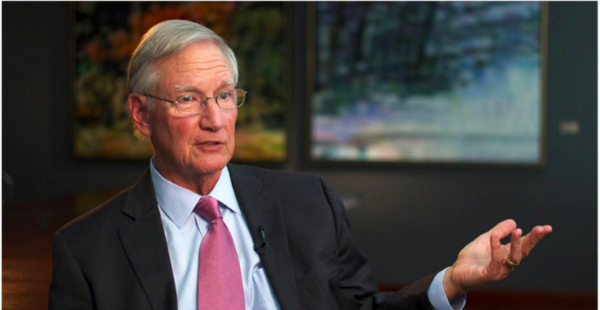 In 1982 McKinsey consultants Tom Peters and Bob Waterman wrote “In Search Of Excellence”.  Many regard it as one of the most influential business books of all time.  It also launched Peters as one of the world’s pre-eminent business management “gurus”.  He’s since written a number of books and made hundreds of speeches, preaching his no nonsense, return to basics brand of management thinking.  Last week Tom Peters was at my old school, Auckland University, and I went along.

After 30 plus years of hanging on every word he has written or spoken, I have finally seen Tom Peters speaking, LIVE.  And I do mean LIVE!

Tom is a great American business leader and one of my “business heroes”.  Like many, I first heard of him in 1982, when he co-wrote ‘In Search of Excellence’ alongside Bob Waterman.  I had graduated from University a year earlier was working for Xerox, one of the underperforming Companies according to the book.

I liked the book so much I bought 20 copies for my clients.  That $500 investment paid handsomely over the following years as I sold more and more copiers, fax machines and computer systems to those appreciative customers.

Even then, possibly because of the “head in the sand managers that Xerox employed” I couldn’t understand why our bosses didn’t understand what our customers were saying about our products and services.  As Tom said in 1982, they hadn’t noticed these things called Japanese photocopiers coming along.  And although I was the one dealing with the customers, those managers didn’t take much notice of people like me.  Of course, Xerox’s market share went from 96% in the late 1970’s to 16% by the mid 1980’s.  Lesson learned:  Don’t make the best salespeople managers.

I was idealist enough in those days to think that through my role of talking to our customers and selling them our stuff, despite our stratospheric pricing, I had a fair idea of what we should have been doing.
Of course, like all 22-year-old university graduates in their first real job, it was made pretty clear to me that I didn’t know anything.

Then, Tom and Bob’s book came out.  ‘Timing is everything’ he says.  Well, the timing was great for me. These guys were putting big business on notice.  Phrases like ‘close to the customer’, ‘a bias for action’ and productivity through people’ were designed to make managers think differently.  But those phrases and countless others gave people like me the confidence to think that we might be right and those people in head office could be wrong.

So I left Xerox and went out on my own. I did what Tom and Bob had said, and talked to my customers about what they would like to see from my new business.  I tried plenty of things and failed frequently.   And I did what I said I would do.  And guess what?  It worked.  It still works.

Gradually my former clients became my new clients, and we created a successful company.

So last week, 32 years later, Tom is back at Auckland University.  He’s still at it – people matter, customers matter more, be accepting of failure, boardroom composition sucks, the challenges presented by technology, and so on.  And he still makes more sense than most of the business commentators put together.

Thanks Tom.  We owe you much.  If only more of those corporate managers listened.