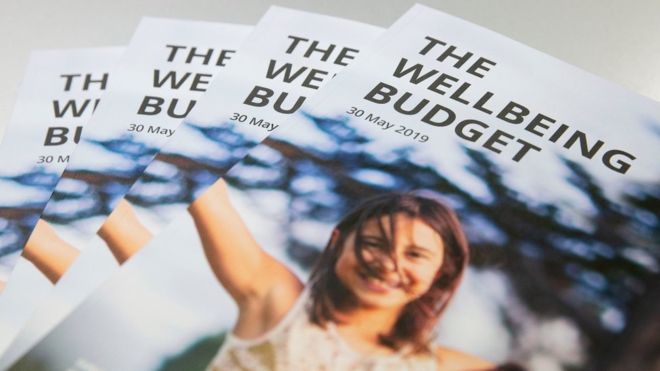 The Wellbeing Budget left me uninspired and disappointed.

Don’t get me wrong. There have been big allowances made for improving mental health services, which are long overdue. A substantial investment into the hospitals of our growing population is a good thing too.

It’s just that when it comes to government services, and health in particular, I’m not convinced that much of the new money will get to the patients, and the others that need it.

To me, critical to well-being is a society where people are able to have aspirations and the education to support those goals.

READ MORE:
* I am not a fan of growing the size of Government
* You are only as good as your weakest link
* Let’s welcome the easy riders to New Zealand
* The year bullying was called out

It also means economic growth powered by business and industry that’s supported by global demand for the goods and services we produce.

When business is growing and people are capable, we get a society that looks after itself.

Against that background, the trouble with the budget announcements is that we just parked another raft of expensive ambulances at the bottom of the cliff.

In other words, while I don’t want to diminish the real needs in terms of mental health for example, the budget focus seeks to help those who have developed mental health problems, rather than stopping those problems from occurring.

Firstly, governments throwing a lot of money around is a inefficient way to get things done.

The trouble with most of this spending is that a lot of it will be chewed up with establishment costs and bureaucracy.

By the time they set up a couple of new departments within various ministries, design a new logo and letterhead, lease some offices and refit them, and establish the ministerial reporting lines, there could be little left for those who need the help.

What if we put some funding into ambulances at the top of the cliff?

We can fix a lot what’s wrong, or even stop some mental health issues from occurring in the first place, by building an economy that is aspirational and growth-minded.

The foundation of doing so is education.

But education is a mess. It’s been under-invested for a long time and it’s starting to show. Principals are protesting at Government induced curriculum changes. Teachers are striking aggressively for higher pay.

Uninformed students who have been brainwashed by the liberal left are striking too for causes that many don’t understand.

Imagine a society where all our kids – not just the privileged few – left our schools informed, educated and aspirational. And then imagine if those aspirations were met by a business community with equally passionate ambitions, and with a need to take on the educated talent on offer.

I spoke to someone who works close to the mental health sector.

She said that “too many kids leave school, or one of the myriad of underperforming tertiary skills development programmes, without the prospect of work”.

Many can’t get a job. Those that can, often only get something part-time, usually in retail or fast food, with no real prospects.

The trouble with those employers is they only call you when they need you. So, these kids sit around not knowing whether they will be required or not.

Often, they’re not, and a feeling of unworthiness can quickly creep in.

Idle minds turn their attention to other pursuits, booze and drugs included. You can see where mental health difficulties can start.

If those kids have somewhere to go, a place that needs the skills and ideas they have developed, they will feel worthy indeed.

Our economy suffers from having a plethora of businesses doing low value stuff at a low level of productivity.

We continue to export logs with the bark on while we import kitset timber furniture or modular houses.

If you have the luxury of owning a house, and you need new window frames, just ask why they will take 12 weeks to be delivered.

It’s because they’re made overseas. And this is a country that exports timber. Lots of it. How stupid is this?

This need to build a productive economy is where governments, and the Budgets they so willingly trumpet, should start, but often fail.

Let’s get education working. Build kids up. Make them believe in goals and aspiration. Feed them accurate information on the state of the world and give them the skills to participate in that world. Enable them to chase and achieve their dreams.

And then let’s support and build a business community that can take on those youngsters, give them a career, encourage their greatness and celebrate what they can achieve.

Wellbeing doesn’t happen because governments throw money at underprivileged minorities. Wellbeing happens when you create a society and an economy that enables people to help themselves.

Bruce Cotterill is a company director and advisor to business leaders. He is the author of the book, “The Best Leaders Don’t Shout“. This article originally appeared in Stuff.