Youthful Enthusiasm Or Knowledge And Experience – I’ll Take Both Please 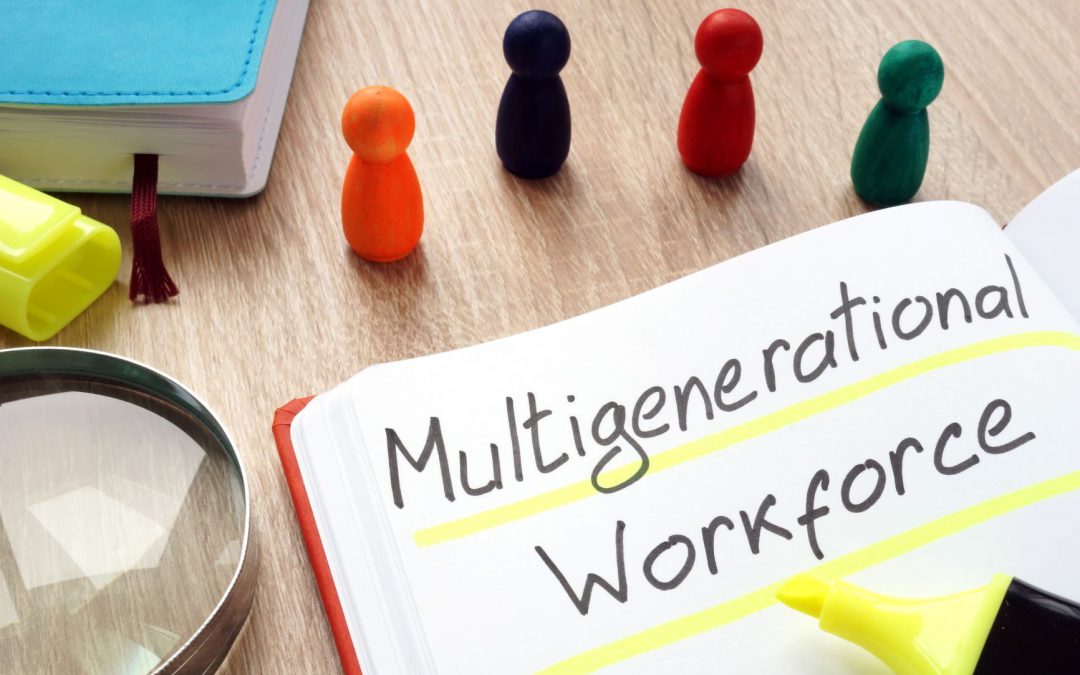 Late last year I wrote a column calling for an end to throwing older workers on the scrapheap. In it I discussed the trials of many experienced workers, particularly those in their fifties, who are having trouble finding work.

Since the article was published, I have had a number of supportive comments, including some from those affected fifty-somethings seeking rewarding work, as well as some observations from younger business people who would like to have some older heads around.

In the last month, I have seen both groups in action first hand.

A few weeks ago, I led an offsite planning day for a rapidly growing technology company. They have been going for about two years, have more than $2 million in revenues, and as you might imagine, the management team are all under the age of 30. They are bright, fresh, and energetic and they possess that unique combination of naivety and enthusiasm, a combination which sees them charging off pursuing their goals, without consciously considering what might work or what might be acceptable.

A couple of weeks later I found myself with another, albeit very different, group. It was another offsite planning day however, that’s where the similarity ended. The $100m-plus company had a management team of participants who were all over 50. The business had been around for more than 20 years and the mood of the room was very different. However, we still had a very capable and enthusiastic group of people who were determined to make their business better than it currently was.

My day with the first group was fascinating. With a huge focus on new product and new customers, the ideas flew thick and fast. Good ideas. Big ideas. Outrageous thinking. Stuff I had never thought of.

Nothing seemed impossible and every idea was accepted as realistic and workable, even though the only ‘old head’ in the room – namely me – could have encouraged some shortcuts by eliminating some ideas at the outset. Notwithstanding, we pursued those that were the most workable and ended up having a very productive day with some really great results.

Similarly, my day with the older group was equally rewarding. Really smart feedback on what was going well and what wasn’t. Great ideas about some of the new things that could be done, although not as many of them. More realistic though. Every idea was logical and workable. And interestingly, a much more proactive response when asking for people to take on certain projects. We came away from that day with another great line up of initiatives, all well thought through and likely to succeed.

These two days had a lot more in common than you might think. Both were undoubtedly successful in setting the respective businesses on track for the next 12 to 18 months. Both sessions generated some fantastic innovative thinking and resulted in a series of initiatives that will make a major difference to the businesses concerned.

This week I have had follow up sessions with both teams and I have observed them as they set about executing their plans.

The young guns are trying a lot of things. The activity levels are high and the enthusiasm is not waning. There’s even a bit of competition for ‘air time’ between teams as they pursue new plans. But there’s a lot of wasted energy too, because although they are throwing a lot of stuff at the wall, much of it won’t stick. But enough will for their success to continue.

The established team are much more methodical. They are following up, making progress, working as a team. Again, the enthusiasm remains. The bad ideas are discarded early and the good ones are being driven hard, quickly and efficiently. There is no internal competition. Everyone is on board with every project. Communication is good. They’ve even spoken to customers about some new ideas early on, to make sure they don’t go down a path that doesn’t generate revenue.

Even at this early stage, it is clear to me that both teams will be very successful in the year ahead. They both have great plans and both are following up in a manner that demands progress and outcomes. But the comparison between these two groups and how they will get there yields two very different ways of doing things.

There is undoubted value in having people in your team who don’t understand where the boundaries are. People who will bring a different approach and try things that others will not. People who come up with crazy ideas and who are brave enough to give those ideas a go.

However, there is also value in a business with a few old heads who know how things work, where ideas are actioned in a cohesive and structured manner, and where wisdom and experience drives outcomes that are well targeted and have a high chance of succeeding.

The best businesses are those with a bit of both. But the two seemingly opposite groups need to have great communication, understand each other and tolerate the differences in order to ensure that the business gets the best results.

I really like to see a group of enthusiastic young people giving it a go and doing great things. But equally, I get a kick out of working with a group of experienced people, with good ideas and the knowledge to make those ideas work, as they grow their business.

When we are employing people, we should look for a combination of both. If we can get them working well together, we will have the best of all worlds.

This post was originally published by Stuff on April 1st 2019. Bruce Cotterill is a company director and author of the book, “The Best Leaders Don’t Shout”.