Before Calling a Meeting, Make Sure That You Need One 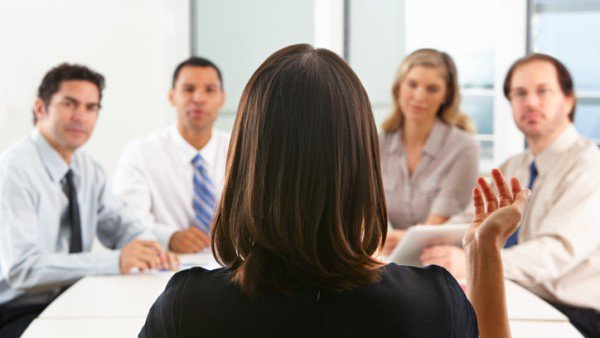 We seem to be spending more and more time in meetings. Despite technology enabling us to do more work away from the office or the job, meetings remain the place where things are meant to happen.

This time of the year is as bad as it gets for meetings. There are new year planning meetings. Then there are catch up meetings because of what we may have missed while we were at the beach in January. And with the financial year end looming, we’re just starting to get into budget meetings.

Unfortunately, most meetings are poorly conceived, have people present who don’t need to be there, and are appallingly led.

I spent a day this week with a group of senior executives. They had an external facilitator and even an agenda of sorts. Despite my best efforts, I walked out feeling they had wasted a day. It reminded me of another meeting I recently attended.

Not so long ago, I was invited to a meeting within a large Australian corporate. I asked the purpose of the meeting and was told that the Company was trying to improve it’s service offering to customers outside of Australia’s major cities. I asked what time I needed to be there and was told it was set for a 10am start.

So, I blocked out 90 minutes in my diary, and duly turned up on the appointed day. I was greeted by more than 20 people who had assembled for the session. Unexpectedly a morning tea fit for fifty people was spread across the table and someone spent fifteen minutes taking coffee orders.

Then, at approximately 10:20am the meeting organiser stood up to introduce the day. She started by asking everyone around the table to introduce themselves and their role. I couldn’t help but notice how few of the people present had anything to do with providing services to customers outside of the major cities.

The coffee arrived and it was now 10:40am. The meeting organiser referred to her PowerPoint presentation and showed us the agenda for the meeting. To my surprise, it was scheduled to run for the entire day, and included an hour for lunch, which would be provided just as soon as the morning tea had been cleared away. It was to be a series of presentations, primarily from the people inside the room.

It was quickly apparent that nothing was going to come out of this particular day. After 90 minutes, I politely excused myself and went to the office of the person who was responsible for running the business operations in rural Australia. He knew nothing about the meeting.

Unfortunately, although quite possibly an extreme example, this is not an uncommon one. Many meetings are a complete waste of time and resource. Managers will often conclude that ‘we need a meeting’ without thinking about whether that is the best way to manage something.

There are a number of components to a successful meeting. It sounds obvious but, the first decision is to make sure you need a meeting. Plenty of issues can be resolved with a conversation in the hallway in 5 minutes rather than a meeting that takes up an hour.

If you do need a meeting, make sure that the only people present are those who need to be there. People will need to be present at a meeting if they have a critical contribution to the discussion, or alternatively in some cases people may need to be present because the information discussed or decisions made will affect their areas of responsibility in some way.

Next up, always have an agenda, and stick to it. No matter how small or impromptu your meeting may be, an agenda ensures that everyone knows why they are meeting, and keeps the leader of the meeting on track. Wherever possible, get the agenda out in advance so as those who need to prepare can do so.

Make sure you start on time and finish on time. For attendees who are busy – which is probably most of us – it is immensely frustrating to have a meeting starting late, or rambling on beyond what is necessary. Simply put, being on time shows respect to your attendees and facilitates a productive session that maximises the available time.

It’s always important to state up front what you want to get out of the meeting. Ideally, we should discuss the decision that needs to be made, or the options to be considered with the attendees at the start of the meeting. That way, the focus of the discussion becomes the decision and it is obvious when the meeting has served its purpose.

Make sure you walk out of the meeting with outcomes clearly agreed and the people responsible for any actions identified. Ideally, you will also have timeframes identified as well, and if a next meeting is required, set a date while everyone is present. Get the minutes out as soon as possible (within 48 hours) with the actions, timelines and responsibilities clearly stated.

Creating some discipline around meetings can totally change the performance of your people and your business. Some meetings are necessary for decisions. Some are needed to generate ideas. Others are for communication. Before calling the meeting make sure you understand the purpose of the meeting and what you are wanting to get out of it. These few simple steps might just help make the entire team a little more productive.

This article first appeared in the NZ Herald on the 15th February, 2020.