Bruce Cotterill: 2600km, but how far have we come? 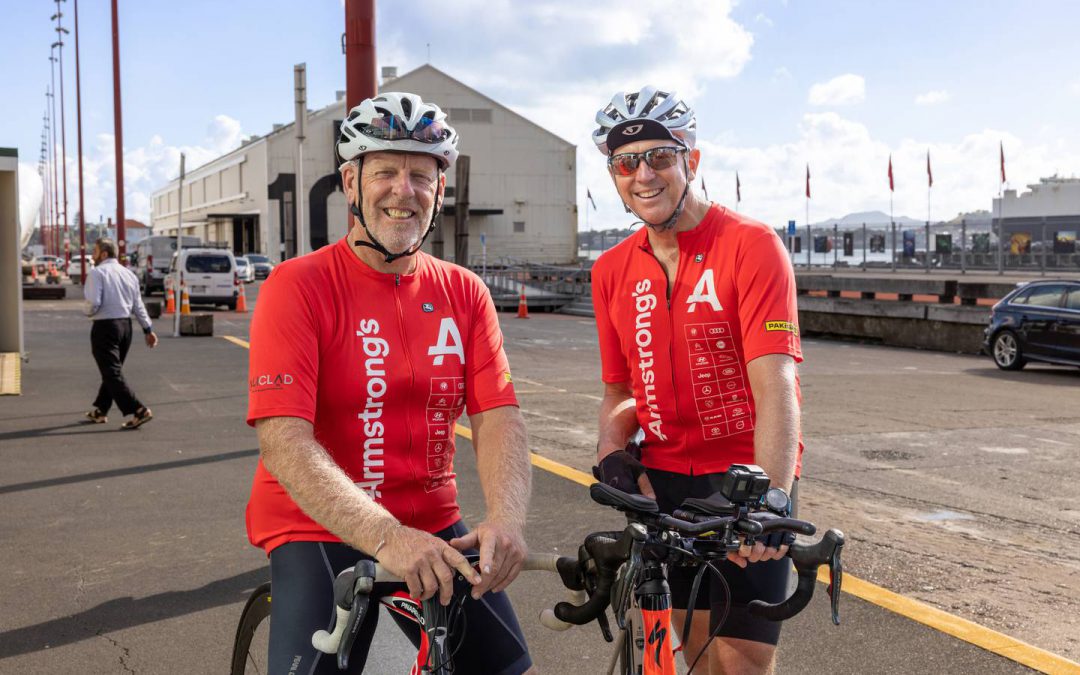 Goals are funny things, we talk about them, set them, often discard them, and very occasionally achieve them. Mostly, we set them in our mind. That makes them easy to walk away from. The goal-setting gurus say we should write them down. But in my experience, it’s only when you tell someone about it that you get committed. At that point, you have to go through with it.

One of my goals has been to cycle from North Cape to Bluff. That single ambition has hung around me for the best part of a decade. It’s been easy to put off. I decided a while ago that I would like to do it with someone else. The absence of a logical companion has made it easier to delay.

I’m not a natural cyclist. I’m a swimmer by background and my body type is suited to the water. Skinny legs, broad shoulders, no butt. Perfect swimmer’s physique. No good for cycling.

But I’m now of an age when the people around me are suffering from illnesses that should make all of us take notice. Recently, we learned that our mates had family members with mental health challenges. In one case, those challenges resulted in a husband and father with everything to live for, choosing to walk away from the life we all know.

At the same time, a couple of our close friends had battles with prostate cancer. It’s difficult to get men talking about this stuff. But we started to talk to others about men’s health and realised that the problem is bigger than most of us understand.

As a result, that goal resurfaced. We could raise awareness and funds, we thought. Once we said it out loud, we had to do it.

So, we’ve just completed a trip that has taken us the length of New Zealand from Cape Reinga to Bluff. Along with my good mate Paul Muir, we’ve cycled the entire country, a distance of 2600km, to raise money and awareness of men’s mental health and prostate cancer.

Farmstrong is a charity that focuses on farmers’ mental health. Farmers are more likely, by a factor of two, to have mental health challenges on the job.

And our other charity, the Prostate Cancer Outcomes Registry, is unique in its approach that aims to turn the data we collect from prostate cancer patients into information that will save men’s lives in the future.

We call our project “Bike for Blokes”. Quite aside from the physical challenge of riding 2600km in 22 days, the fundraising challenge has surprised me.

I continue to be amazed by the generosity of New Zealanders. While we’re not quite there yet, it looks like we’re going to get close to our goal of raising $200,000 for these two special causes that don’t have the profile of the big cancer and mental health charities, yet do work that is just as important.

Most of the money has come from small donors offering anything from $10 to $100. We’ve also had our share of good Kiwi businesses and generous individuals donating $1000 or more at a time.

At the time of writing, we have just sent out 10 text messages, and almost instantly received $1000 in donations as a result. The amount doesn’t matter. The intent does.

Kiwis are generous people who can do amazing things.

Of course, this is all happening in a country that has serious challenges at present. We might talk about rising inflation and growing debt. Our sloppy Covid response or out-of-control asset markets may occupy the headlines. But to me, many of the challenges are more simple than the most basic economics.

Over many years, I have spent plenty of time driving the roads of this country. But travelling on a bicycle slows you down. You see more. You appreciate more.

Whenever I travel long distances, my mind drifts back to the men and women who built the tracks that became roads and the roads that became highways. The people who carved a railway network out of the hills and valleys. People who did their day’s work without the tools and technology that we rely on today.

Breaking in the new country where four seasons comprise one day was difficult work.

Conditions were often miserable. There was little machinery available and none of the workday comfort provided by today’s Gore-Tex coats and sheepskin lined boots.

The work was done manually, with teams of hard-working people sacrificing much for their weekly pay packet. And yet the work got done. For the most part it was done effectively and swiftly.

Today we live in an age where the output from that highly productive generation of nation builders is largely taken for granted. At will, we travel the roads they built, turn on taps that produce water and switches that provide electricity. All due to the hard labour of manual workers from another time.

Consider the men building bridges and railways by hand 100 years ago.

Or the accountants in the 1960’s adding up handwritten spreadsheets using nothing more than a pencil and their own mathematics skills.

Those people changed our lives for the better.

The reality is that today’s workers don’t have the mathematical ability or the manual skills to do that any more. Use it or lose it they say. As machines have taken over the work, those skills have become redundant.

Instead of doing work manually, many of us spend our days operating a machine that does the work for us. That machine may be a computer or a gravel compactor. But the nature of the machine doesn’t matter.

Those machines were meant to make us more productive. But in reality, the arrival of the machine has been accompanied by increased bureaucracy, a collapsing work ethic and declining educational capability.

During our bike ride we stopped at the Makatote railway viaduct in the central North Island. It’s a magnificent structure that we Kiwis should be proud of. The plaque on the side of the road tells us it was built between 1905 and 1908. Three years. 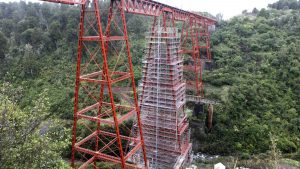 It was built without the machines we rely on today. And yet I have no doubt that our generation couldn’t build that structure in three years today. I doubt that we could get resource consent in three years. The health and safety plan alone would scupper any 1905-style timeline.

I’m not saying we need to accept the work practices and associated safety standards of the past. However, we desperately need to do something about our productivity.

Our grandparents’ generation had goals, too. Often those goals must have seemed impossible. But they were able to assemble the plans, the skills and resources to enable great things to happen.

It doesn’t matter which generation we refer to. In order to achieve positive outcomes you need a clear goal, a good team and a system. It’s easy to say that it all comes down to people. But those people need a framework and a plan to enable a successful result. We desperately need to become an aspirational country once more. One that creates visions and plans and develops the people and skills to achieve the goals.

Tomorrow we will reach Bluff. That will make us partly successful. With a bit of luck we will also hit our $200,000 fundraising target. That would provide a complete result.

But here’s the thing. The bicycle is one of the few machines whose basic design hasn’t changed a hell of a lot over the past 100 years. Ultimately, you still have to pedal it. And asking generous people to fund medical outcomes is as old as currency itself. The productivity challenge is not different to yesteryear.

It makes you wonder … how far have we really come?

This article first appeared in the New Zealand Herald on Saturday 19 March 2022.