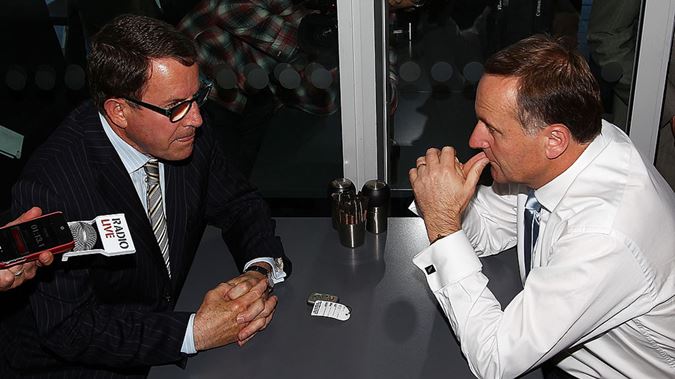 I’m always surprised when I come across people who don’t seem to follow what’s going on in the world. Last week, I had such an experience.

I bumped into an old mate I hadn’t seen in a while. He’s a great guy. He’s bright, educated and successful. He owns his own business and has the boat, bach and BMW thing all sorted.

As the conversation around us turned to the activities of our government, someone brought up their concerns about the government’s plans for the Three Waters. My old mate had no idea what we were talking about. He said he checks in on the news, but his next comment was telling. ‘It’s not worth watching’, he said.

His comment caused me to reflect on the events of the last couple of years and compare our expectations today to those of a few years ago.

Do you remember the infamous cup of tea between John Key and John Banks? Or perhaps the launch of yet another book by Nicky Hagar having a go at the gallant men and women of our armed forces?

In both cases and many others from that not so distant era only a few short years ago, those stories seemed to hang around for days and sometimes weeks. In fact, anything with a political twist, or better still a hint of political corruption were dragged out in great detail by anyone who saw an opportunity to humiliate a politician and a desire to add to the story. But it was accepted. Because scrutiny leads to accountability.

Now compare that to what we see today. I have seen more petitions launched and protests attended by dissatisfied Kiwis this year than in any other. I’ve watched New Zealanders become more unsettled and divided than at any time in my lifetime, with the possible exception of the Springbok tour in 1981.  And in the middle of it all, is a government intent on pursuing it’s own agenda rather than that of the majority of the people, and in doing so, often misleading us away from the truth.

A couple of weeks ago, we learned from Sir Brian Roche’s report into our covid response, that our leaders who so often tell us that their COVID-19 decisions are ‘based on the health advice they receive’, rejected that advice when the Ministry of Health suggested putting parts of the country into level one in September, and the government instead kept those areas in level two where, despite minimal case numbers, they remained until the traffic lights took over a week or so ago.

It seems to be just another case of misleading the public. Remember that the ‘front of the queue’ for vaccines didn’t really mean that?

And we now know that, during the last election, while promising to be the most transparent government ever, a report named He Puapua was kept hidden from voters. We’ve become used to the “podium of truth” hosting our daily Covid updates where serious failures such as security lapses, MIQ escapes, border breaches and pandemic readiness have all been glossed over or even swatted away, without a second question being asked or a Ministerial response being questioned.

And then we’ve had the climate change Minister return from the Glasgow summit to self-isolate at home, despite the PM saying he would go to MIQ. Perhaps they think that no one will notice.

The record levels of legislation passed under urgency should worry us enough for someone to look into it. Bad legislation can happen quickly but can take generations to get rid of. The drawn out questions and answers associated with the select committee process is designed to stop such mistakes and ensure that legislation is thought through, challenged and hence robust. With a majority government operating under the guise of Covid, we have introduced plenty of legislation that hasn’t had that level of scrutiny.

We now find ourselves in the middle of a work schedule set out by the government that includes some of those divisive topics. Things like the enormous financial contributions to the climate change lobby, the ute tax, three waters, hate speech laws, unaffordable light rail projects, and the recommendations of the He Puapua report.

Just as obvious is the absence of the things that were promoted during the election campaign, such as the much promised thousands of houses, child poverty reduction and controls on our rising and ever more dangerous crime rates. A government policy that locks overseas based New Zealanders out of their own country is just as bad as it sounds.

And yet, all of these matters, each of which will have a major impact on the future of this small country, don’t seem to have attracted the level of scrutiny that a nod and a wink from John Key to John Banks did just a few short years ago. It seems, just a brief mention will do, and then we move on.

During the last week, we’ve seen the gleeful reaction to the appointment of Christopher Luxon as the new leader of the National Party. It appears that the enthusiasm heralding his appointment might reflect a reaction from a large group of voters desperately seeking leadership worthy of their support. Based on the response from talkback callers alone, I suspect that the polls have just taken a substantial shift.

From the outside looking in, political leadership contests are strange affairs. It must be even stranger for a seasoned executive on the inside of the process. But, once the decision is made, the operation immediately thereafter is predictable.

The previous leader is nowhere to be seen. The vanquished contenders, up until recently mentioned in every news broadcast and newspaper column, are suddenly kept out of sight. Meanwhile, the winner is paraded before the nation’s media, in a rose garden this time, and he assures us that everything is well in the kingdom, that the party is looking forward and that they have a cohesive group.

For all the promise of any new leader, many see a new target to be attacked. As usual, TV3’s news team dredged up the new man’s wealth and rental portfolio in their blatant attempt at a hatchet job. And of course, they didn’t forget to attack the Christianity. The questions more brutal than anything they dare ask of the Prime Minister. Never mind that the PM’s Mormon roots have seldom been challenged. Despite the negativity, the new leader kept smiling and seems to be getting on with the job.

The petitions and the protests mean that the people are prepared to do their bit. But a million people watch the news every night. If only the television networks rediscovered their independence and dug into all issues with the enthusiasm with which they attack a wealthy new political leader. On the bright side, and if they are consistent, now that his arrival has been noted, perhaps they will leave him alone?

Bruce Cotterill is a company director and adviser to business leaders. He is the author of the book, The Best Leaders Don’t Shout. www.brucecotterill.com