Bruce Cotterill: Auckland’s council is out of its depth and out of money 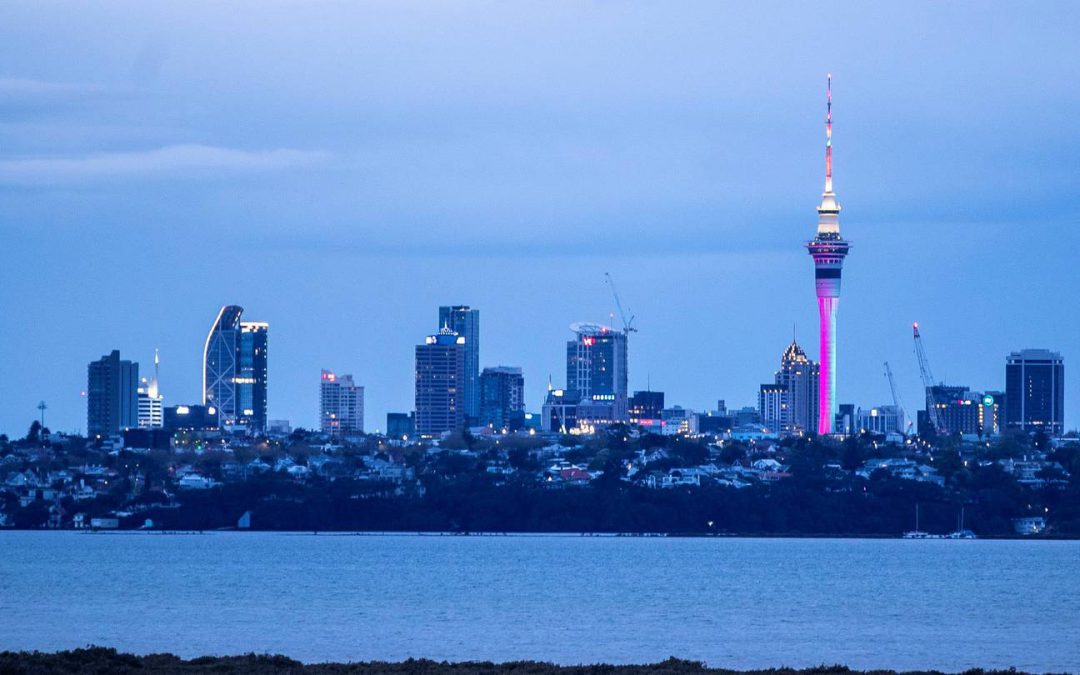 If I am reading the room correctly, many of us are becoming sick of the Covid-19 excuse box.

You know what I mean. That commonly occurring line that poor performance has occurred “because of Covid”.

One of our champion “Covid blamers” is departing Auckland Super City mayor Phil Goff. As seems to be the norm with local body politics, his latest budget for the city has had hardly any coverage. But I have tried to follow it and “Covid blaming” seems to be at the forefront of his commentary.

A couple of weeks ago, the mayor was interviewed by Heather du Plessis-Allan on Newstalk ZB. The topic was the city’s budget. That discussion was where the mayor chose to let slip that he had decided to accept the Government’s Three Waters bribe and in doing so, hand Auckland’s water assets over to the Government’s confiscation programme.

When the broadcaster asked him why, he said: “On behalf of the people of Auckland, if I am offered $508 million by the Government, am I going to say no? No, I am going to accept that money and use it for the benefit of Aucklanders”.

Ah, excuse me Mr Mayor, I suggest that controlling the resources that deliver and manage a city’s water assets is something that already benefits Aucklanders.

Besides, while the mayor was glossing over the details of his $500m decision, there were a couple of things he didn’t mention. First, that those assets he’s handing over are valued in the council’s books at something in excess of $10 billion. Second, that the council didn’t vote on the Three Waters decision. Rather, it was wrapped up in the approval of the council budget.

But there was a bigger issue in the mayor’s comments. And irrespective of what you think about the Government’s Three Waters agenda, I urge you to put that to one side for a moment.

Instead, first consider that the council is selling assets it has valued at or near $10b, to the Government for $508m. My understanding is that the Government is assuming debt related to Three Waters and of course future costs. According to Watercare’s 2021 annual report, the debt was around $4b. The Government may or may not be picking up all of that. Either way, that’s still quite a discount. Payment will be received in two instalments: one this year at $127m and another “promised” payment, the details of which seem sketchy, of $381m in July 2024.

Second, consider that these are long-term assets which have been built up over 100 or more years. So that’s bad enough. Now also overlay the fact that the first proceeds from the sale, reflecting a quarter of the sales value, are to be spent on short-term expenditure which will see that long-term value completely eroded.

The mayor’s council budget proposes that the $127m be applied alongside “the existing operating headroom, to manage the operating pressures in 2022/23 without material changes to services”. He goes on to say that the application of the 2024 payment will be up to the new council.

In other words, he proposes to apply the first tranche of the Three Waters proceeds, some 25 per cent, from the sale of long-term assets that have taken more than 100 years to accumulate, to the operating deficit in the next year.

Even those with the most basic understanding of simple accounting will tell you that such actions are a no-go. This is like selling the house you’ve spent a lifetime saving for, spending the money on a quick overseas trip and coming home with nowhere to live.

The mayor’s very words represent a complete misunderstanding of basic financial management that I wouldn’t have thought possible in an elected official. Accountants will tell you that you have assets, liabilities, income and expenditure. Your liabilities often fund your long-term assets. Your income is meant to fund your expenditure. You don’t sell material assets to pay the weekly booze bill.

In fact, when any organisation sells major assets there are three typical applications for the proceeds from the sale.

First, you can repay debt. Often that debt is secured over the assets so that is a logical approach. Alternatively, you can use the proceeds to invest in new long-term assets or the development thereof. Finally, you can return the surplus cash to shareholders, or in this case ratepayers.

That’s it. You do not apply that money to the operating account for the next 12 months in order to prop up underperforming services. That is just using long-term capital that has been built up over time, to put off dealing with the problems at an operating level for one more year.

This series of decisions is so flawed, represents such a failure, such a demonstration of financial incompetence and such a complete disregard for the best interests of ratepayers, that every single member of the existing council who voted in favour should be asked by the community they represent to resign.

By the way, remember that this failure is not a one-off. These are the guys who have brought us the City Rail Link, which will one day be completed after at least four or five cost over-run announcements resulting in a cost four times that initially quoted to ratepayers. They spent a million dollars ($932,000 to be exact) on a report about our stadiums. They supposedly oversee the excessive and catastrophic spending of ratepayer money that is Auckland Transport. Need I go on?

So what will they do next? They sold out of the diversified Financial Assets Portfolio a few years back. That was a portfolio of New Zealand and global equities, bonds and cash initially established by the Auckland Regional Council. It was nicknamed the “rainy day fund”. At least the proceeds were used to pay down debt.

But what do these decisions mean for our airport shares? Our port shareholding? Let me make something clear: Desperately propping up underperforming assets is not a plan.

To me this feels like yet another case of our elected officials acting in a manner that is not consistent with the needs or wants of the people they represent. The people who put them there.

In my case, I live on Auckland’s North Shore. My representatives on Auckland Council are supposedly Messrs Chris Darby and Richard Hills. Unfortunately, most people voting in local body elections do so without fully understanding the credentials or the political leanings of candidates. These two seem to put up a nice front at election time before proceeding to do what they want rather than responding to the people who elect them.

Darby is chair of the council’s planning committee. Among other things, this group are the champions for the new unitary plan that’s due to be unleashed on the city. A plan with the Government’s desire for intensification at its core.

Admittedly, much of this has been forced on council by the Government. But this is a plan that will devalue the homes people have spent their lives building. A plan that will see character streets in his very own area turned into ghettos of grey six-storey buildings with no car parking. Of course his committee is not building any more roads, schools, hospitals or other facilities that his increasingly crammed-in population will require.

Wait, I hear you say … what do you mean “grey six-storey buildings with no car parking”?

Look up the new plan. Better still, take a drive down Takapuna’s Killarney St where the carnage has already started. Try to imagine yourself in the near-new two-storey house on the south side of one of these monoliths, your morning sun gone forever.

Hills is chair of the climate action and environment committee and was initially looking at running on the Labour ticket to replace mayor Goff. He seems proud of leading the development of Auckland’s climate plan and gaining record investment in climate and environmental initiatives.

He’s clearly anti-cars, making ridiculous statements like, “if everyone travelled in cars, we would need to add a new lane to the motorway every few weeks to cope”. He might not have noticed, but we don’t have any trains on the North Shore and the inadequate bus and ferry timetables mean cars are the only option for most of his constituents.

From my perspective, Darby and Hills appear to want to take away our way of life and replace it with some over-urbanised utopia that they seem to imagine.

I know from the many discussions in my community that the introduction of high-density housing or cycle lanes are not as relevant or important to us as the many other issues the council is facing. We need councillors that represent us.

We need to develop a budget that acknowledges that the city is living beyond its means and understands that underperforming services being propped up with long-term capital is a road to disaster.

We want our retail strip, about to be torn up yet again, to be left alone so it can recover and thrive. With 43 empty tenancies and retail businesses failing every month, that is not likely any time soon. Oh yeah, and we want the parking spaces back.

Of course the mayor will depart this year and head off for his cushy gig as our High Commissioner to the United Kingdom. There, the woes of the city he leaves behind will be the least of his cares and his financial failings will be forgotten, as he lives it up, on the taxpayer, for the term of his five-year appointment.

Back here, his former constituents will be left to tidy up the mess. Hopefully without the council that supported his inadequate deeds. In my community we need to vote them out and replace them with the people who care about what we care about.

Unfortunately, local body politics sits below the radar and most of us don’t take too much notice. Apathy plays a major role in people like Goff, Darby and Hills getting the positions and traction that they do. I’m hoping that voters turn out this time, and they vote for change.

Elsewhere, I hope Aucklanders will find a new group of councillors to work alongside a new and dynamic mayor. A group of people who can help this fractured city recover physically and financially. A group who can read a balance sheet. A group of people who can deliver the city we want to live in. A city where we can live, work, play and prosper alongside our magnificent harbour and among our diverse and talented community.

A city we can be proud of. It shouldn’t be too much to ask.

This article first appeared in the New Zealand Herald on Saturday 18 June 2022.