Bruce Cotterill: Billions in debt and nothing to show for it 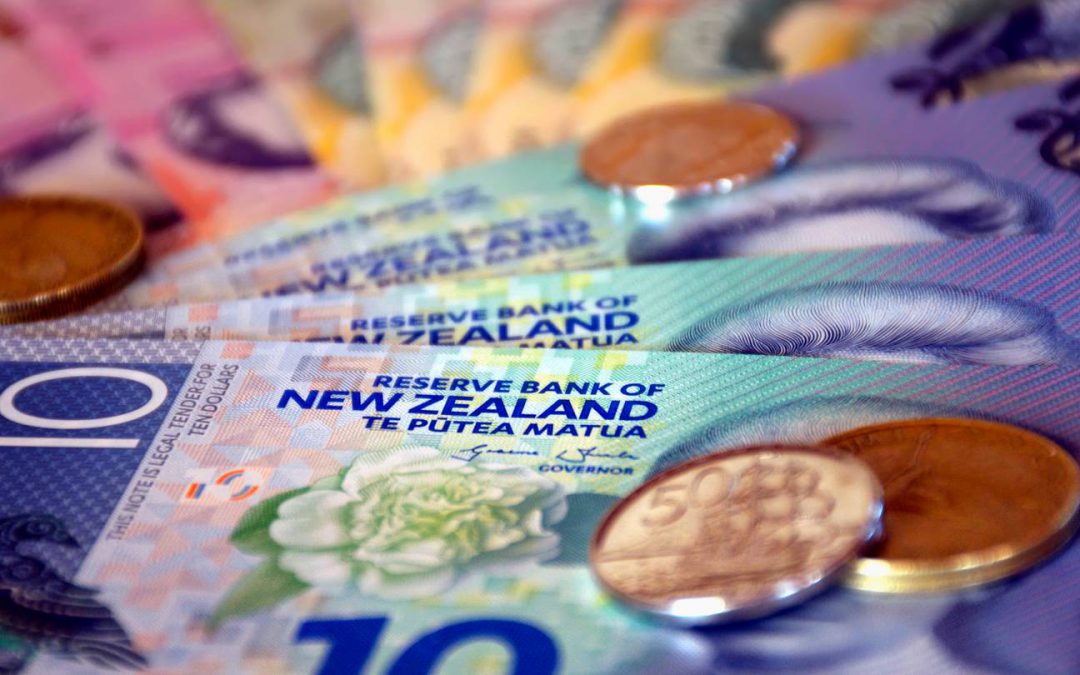 Sometimes we tend to overlook what’s staring back at us.

As the health crisis has deepened, the economic crisis has scarcely been mentioned. Sure, we have expressed some sympathy for retailers and other business owners in Auckland, and we’ve listened to the occasional and deeply concerning complaints from the hospitality industry.

But no one has been talking about one big economic topic in particular. You see, I’ve been wondering how we’re going to pay for all of this.

Depending on who you listen to, we’re apparently borrowing close to one billion dollars every week. According to the Government’s own books, our Net Crown Debt has increased from $58 billion in 2019 to $102b at June 30 this year. Since then we’ve had the arrival of the Delta variant of Covid-19 and with it, another round of handouts to all and sundry in an effort to keep a wounded economy on life support.

So I’m guessing we’re getting pretty close to $120b in debt by now. In those same two years, our annual tax revenues have increased by just $13b. However, our annual expenditure, historically in line with revenue from taxes, has increased by $21b.

In other words, our costs are growing more rapidly than our revenues and we’re borrowing money to fund the shortfall.

Of course, those 2021 figures fail to take into account the impact of the latest and longest lockdown. Whilst last year’s post-lockdown recovery was rapid and profitable, my sense is that it will take a bit longer for the taxpaying community to scramble back to their feet this time around. As a result, the government coffers may take another hit.

While we’ve been distracted by the escalating pandemic, one of the things that seems to have escaped us is just how much debt we are accumulating.

There are plenty of people who will tell you that it’s affordable. There are also plenty of government officials who suggest that our debt levels are low by international standards.

That may be the case. But as my father used to say, “if the neighbour walked off a cliff, would you?”

It’s okay to want to help out the neighbour over the fence. But as the saying goes, we need to sort out our own backyard first.

The reality is that we can’t dig saleable assets out of the ground like the Aussies do, notwithstanding our dairy sector.

Neither do we have a big consumer market to spend our way out of a financial crisis like the US and Europe do. Our money comes from agriculture and tourism. And one of those sectors is currently smashed and will take years to fully recover.

So comparing ourselves to other countries is irrelevant.

Here’s the other thing. While we’re borrowing billions, we’re not getting anything in return. If we were borrowing money for big infrastructure projects, that might make some sense. We know that our roading, our stormwater and sewerage, not to mention transport infrastructure could all do with a bit of attention. A couple of new world-class hospitals and the people to operate them wouldn’t go amiss either. Some extra money for nurses, teachers and police would go a long way too.

But the debt binge of the last 18 months doesn’t deliver anything of the sort. Rather the money has gone out in the form of handouts. I’m not saying that some of them haven’t been necessary. But we have to be honest folks. We’ve doubled our debt to record levels in just 20 months and we have nothing to show for it.

You might say that there are plenty of countries that have borrowed money to prop up their economies during the Covid invasion. And you’re right. But you might also reflect on how much of our spending has been unnecessary.

Remember the already profitable companies applying for, and receiving, the wage subsidy? The unused campervans that were hired and parked at the Auckland Domain to house the planned influx of Covid patients that never came. The half-empty hotels booked out at full rate to house MIQ patients. We learned a couple of weeks ago of a 100-room hotel with one person living in it. This week we’ve heard about millions of dollars in MIQ invoices that haven’t been collected.

We paid more than we had to for vaccines because we were at the back of the queue. We were so slow to get the vaccine rollout under way that we had to bribe some people with money and vouchers to reach our vaccination targets in the timeframes we required.

And we’re borrowing a billion a week.

Of course we’ve just shut down the ridiculous Auckland cycling bridge project after spending $51 million on consulting and design fees. We’ve announced consideration of a $14b light rail project in Auckland and another one in Wellington.

Sooner or later someone needs to ask the question. “Where is the money coming from?”

And that’s before we start throwing money around overseas. In case you missed it, we’ve just given $1.3b to a combination of our Pacific Island neighbours and international organisations for the fight against climate change. We’ve also just committed a further $1.5b per year to plant trees in overseas countries to offset our emissions. I don’t understand why we can’t plant trees in our own country to do that. But that’s another story.

It’s okay to want to help out the neighbour over the fence. But as the saying goes, we need to sort out our own backyard first. And it just feels like we’re not in a position to do the things we’re doing.

As much as climate change should concern our small green country, I’m worried that our tiny nation with mounting debt is trying to lead the world in something we don’t and never will control. The reality is that the climate fight needs to be led by the big boys. The big polluters. China, India, US. We will only ever be a tiny player in that game. Should we contribute? Absolutely. As a fast follower we should do our bit. But leading this stuff is expensive and time-consuming and it doesn’t make sense if we are not in control of the outcome.

And we’re borrowing a billion a week. It doesn’t sound like much if you say it quickly. But it’s a lot of money. It’s even more if you have nothing to show for it.

Sooner or later we have to cut our cloth, lest we become yet another debt-saddled nation that can’t pay its way. There’s talk about increasing taxes on the super-rich, but the reality is that doing so will capture a fraction of what we’re spending.

The quickest way to get our books balanced is to stop unnecessary spending. That means understanding where the money’s going and cutting back our own largesse and generosity. We’re all aware of government departments offering high salaries as they compete for talent with the very businesses that pay their taxes. We rush to the side of those overseas countries who need us whenever we’re asked. Headcount in our government departments has grown rapidly over the last few years. And yet, right now, we aren’t fixing the essential services that we all need at home.

The reality is that the New Zealand that emerges from 2021 can’t afford to borrow and spend any longer. We need to change.

A mate of mine circulated a short verse on social media the other day. The author is unknown but it was headed “A New Zealand Story”. It started with the hypothesis that “a billion is a difficult number to comprehend”. It then set out to remind us what a billion really means.

One sentence stood out for me. “A billion seconds ago it was 1959.”

And yet, in this country, a billion dollars ago was last week.

This article first appeared in the New Zealand Herald on Sunday 21 November 2021.