Bruce Cotterill: Disaster has its lessons to teach us 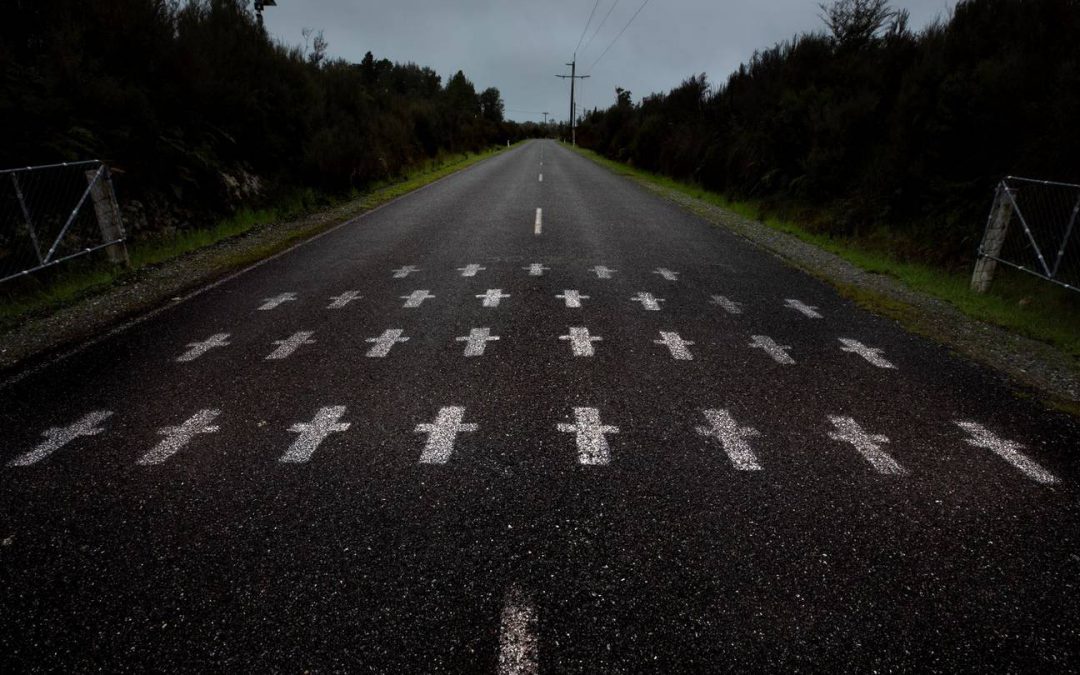 I think I was over it. The long and drawn-out saga surrounding the recovery effort saw my interest wane. I guess I felt that the logical outcome would indeed play out. I read some of the reports that seemed to support my layman’s thesis: that the mine would be too dangerous to re-enter and any recovery would be impossible.

And so it proved. But not before the matter was litigated and re-litigated, with blanket TV news coverage and various politicians promising what they couldn’t deliver, all in the name of being seen to be something they were not.

I never thought I would go to Pike River. But last week I had the opportunity to go and I did. Of course I didn’t go to the mine or even the entrance. The mine has finally been sealed and the entrance is protected by large gates across Logburn Rd, far away from the mine itself.

But I travelled up Logburn Rd as far as I could. Past the 29 crosses painted on the road. Past the 29 blue helmets, each bearing a yellow ribbon, together forming a roadside memorial. And to the massive gates bearing a sign with a message from the families of the victims. It simply said “Thank you for returning — kia kaha — From the families”.

Nine kilometres down the road is the formal Pike River Memorial. There’s a solemn plaque recalling the events of that day and listing the names of those who never returned. The plaque is set into a large rock that’s surrounded by less formal tributes to each of the 29 victims.

It appears as though each family has been given their own space to create an individualised memorial, to reflect the memory of their own loved one. Some are well thought through and formal; others less so. At first glance it’s a bit haphazard. But I’m guessing that each reflects the son or father being remembered in a way that’s appropriate.

But here’s the point. My brief visit to that nine kilometres of road one afternoon last week saw me more engaged with the tragedy than the previous 10 years of political bickering and associated media coverage had ever managed to achieve.

We’ve had our share of tragedies in this country. The past century has seen numerous earthquakes, mining disasters, mass murders, train crashes and ferries sinking, and of course, planes that didn’t reach their intended destination. In our lifetimes the names Erebus, Wahine, Christchurch and Pike River are all associated with disaster and all loom large in our consciousness.

In every instance I remember the initial disbelief, followed by the frantic search for more information. Many years ago, the clues were slow to come and one can only imagine the difficulty and anguish in trying to find such intelligence in the immediate aftermath of the Napier quake or the Tangiwai train crash.

But the decades brought progress, and with progress came improved press coverage to the point that today’s media analysis is ubiquitous. There is now more information available about every disaster within the first 24 hours, than most of us would ever want to know.

As a result we take what we want and move on. Or we try to.

But then the politicians start and the victims’ advocates respond. Bickering. Looking for someone to blame. We seem to have forgotten that some occurrences are accidents.

No, not every disaster is an accident, and when they’re the result of someone breaking the law or ignoring safety rules, action should follow — but fast.

However, we often seem to overlook the victims and their grieving families. We seem hell-bent on finding someone to blame. As we do, those who might be in the firing line defend themselves, usually with claims of how they were let down by a lack of support or insufficient funding. With that comes more coverage. And many of us get sick of it and move on.

In each case, time passes and emotions settle. Normality returns. Until the next tragedy surprises us and the process is repeated.

The drawn-out process that sees victims and politicians scrap in a never-ending blame game that seldom sees a result needs to be reviewed. Such division brings out the worst in our politicians, with reckless promises that create false hope for victims who in many cases need to move on. Strong leadership is needed. Sometimes, we’re better to get the bad news out early. We should be supporting the people affected, rather than waging a battle with them.

We are still entertaining a blame game over the Christchurch earthquakes. Court cases are still to follow. The plans for a memorial to the Erebus disaster saw people protesting over the design more than 40 years later; a design that was presumably prepared by someone more qualified in architecture and construction than those challenging it. And two successive governments led Pike River families on a merry chase for too long.

As we mature as a country, we need to re-think how we respond when things go horribly wrong. Of course we must review the cause of our disasters as well as our response to them. We must constantly seek to improve how we respond, and learn to do things better next time.

But in doing so, we must back ourselves to appoint good people and then rely on those people to consult well, and make good decisions. We should be happy to accept the decisions they make and the actions they take. Many voices, particularly those with an emotional attachment, don’t always get a better outcome.

Someone once said that “a camel is a horse designed by a committee”. We don’t need any more expensive camels.

We are lucky to live in this country. Unlike many others, we haven’t seen the sort of modern warfare now being waged in Europe. But we’ve had our share of disasters that, for a comparatively brief moment, put us in a similar position. How we react to these tough times will make us a better people and a better country.

My visit to Pike River made me think about the disaster rather than the chain reaction that followed. Too much of the story over the last 12 years has been about the aftermath. The disaster and those it took with it, is worthy of lasting memory. The drawn-out after-effects, less so. Let’s hope that history remembers what’s really important.

This article first appeared in the New Zealand Herald on Saturday 16 April 2022.