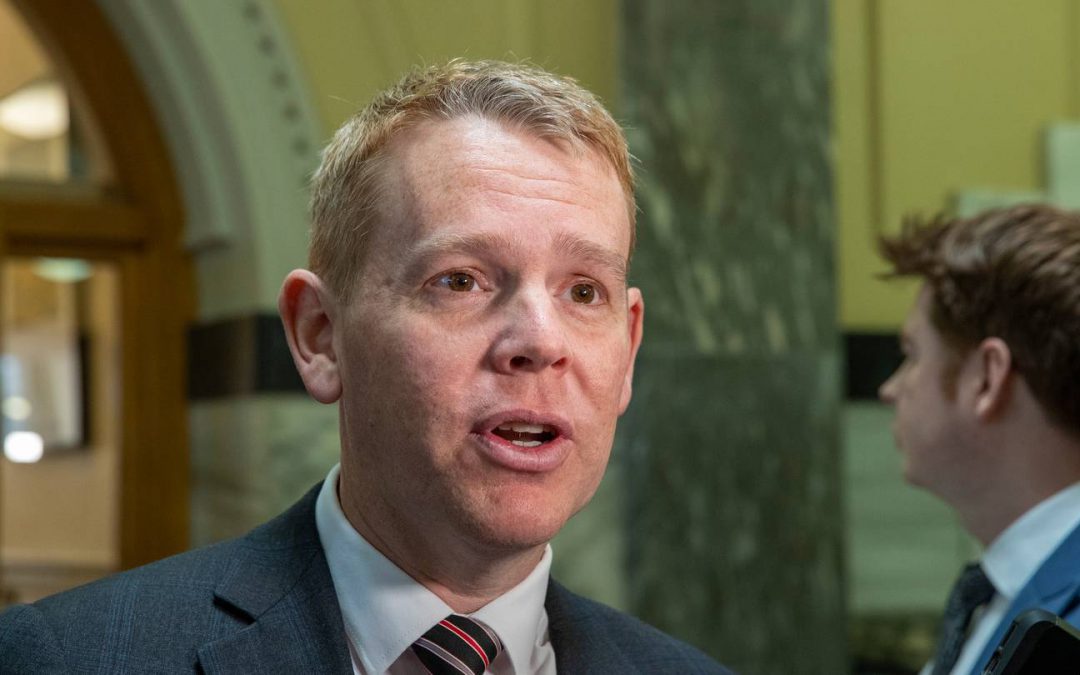 They say a week is a long time in politics.

And yet, in the course of a nation’s development, five years is merely the blink of an eye. The past five years in this young country’s history has seen many of us stunned by the speed and scale of our downfall.

The headlines of the last week will tell you that our health system is indeed in crisis. The educational outcomes and achievements of our young people are at their lowest ever. Those headlines tell the story of a country in decline. If you think that too harsh an assessment, consider the following.

The report into one of our most important hospitals, released this week, told us that Middlemore Hospital is indeed dysfunctional and unsafe for patients and staff. This evidence now sits alongside claims made just a couple of weeks ago that Southland Hospital is on the brink of collapse. And we hear from locals on the West Coast that the main hospital in Westport is closing over weekends, moving patients out of hospital and back home each time, due to a lack of staff.

My doctor mate at Tauranga Hospital tells me the doors are open only because of the superhuman efforts of the medical staff there.

The creation of Te Whatu Ora — the new name for Health NZ — saw a directive to hospitals demanding that all patients on a waiting list for more than 365 days be given a date for surgery. This, irrespective of the availability of resources such as theatre space, nurses, surgeons or beds. It sounds like a recipe for future cancellations and disappointed people.

In the meantime, I’m reading an article in the Herald describing the turmoil of a young family forced to move to Australia because their baby born in the Waikato can’t get the most basic of medical attention.

Then there’s the one about children as young as 7 years old roaming the streets and searching rubbish bins looking for food. Another group of young people, ranging from 8 years old to 15 or 16, are stealing cars and ram-raiding retail stores for fun and money. Their trail leaves shops with timber where windows once were and framed by massive concrete bollards, scenes which until recently we saw only on TV from places such as South Africa, Ecuador or Haiti.

The problems don’t end there. We know that 40 per cent of our kids are leaving school without the necessary literacy or numeracy skills to function in society. I asked an education specialist, a university professor on the topic, what “to function” meant. Her response? To fill out a form!

But the headlines continue. The police lost more than 300 rounds of ammunition in transit. Rotorua hospitality businesses slamming the Government’s approach to seasonal workers. Our immigration stats telling us there are more people leaving than arriving, and our universities saying that the best case scenario is to have international student numbers back to 50 per cent of pre-Covid levels by this time next year.

Sometimes I find myself asking … is this really happening in New Zealand? The answer, sadly, is yes.

The Government seems unperturbed by all of this. Health Minister Andrew Little fronted with Mike Hosking on Newstalk ZB this week, in the wake of the Middlemore report, and told us, again, that the health system isn’t in crisis. I think he’s wrong. His reaction? “June was a bad month.” But at least he showed up, I suppose.

Then Michael Wood, our Immigration Minister, told us it was OK to go slow on immigration reform because New Zealand is a wonderful place that a lot of people want to come to, so we shouldn’t make it too easy for them.

I think he’s missing something. They used to want to come here.

The list above is a fraction of what is going wrong in New Zealand right now. To be fair to the Government, their focus is on something else. They are busy changing the social structure of the country to suit their leftist ideology.

Why you would restructure the health system during a health crisis is beyond me.

Tertiary education has been centralised too, with consequences so far that should send board members scrambling to review their directors’ insurance.

When we’re so short of people across every industry, why would we constrain immigration? When our finances are under so much pressure, why would you spend the equivalent of what it costs to build a regional hospital on the merger of two media outlets that are already government owned? The answer is that you do so if you want to control the narrative.

The independent media are starting to challenge the Government on its increasingly destructive record. Interestingly, a small number of ministers get pushed forward to respond on the Government’s behalf.

These people now carry multiple roles. My observation is that their appointment is based more on their ability in public relations and communications than their ability to get things done.

And so we have ministers such as Robertson, Hipkins and Wood with multiple portfolios who are probably overworked and underperforming. Chris Hipkins is the Minister of Police, Education and the ever expanding public service.

Michael Wood has Transport, Immigration and Workplace Relations, home of the soon-to-be-implemented Fair Pay Agreements — something else we don’t need right now. Having worked for a charity for two years before moving into council, union and national politics, he’s now the Government’s promoter-in-chief of highly controversial and impossibly expensive public transport projects. Without any desire to be disrespectful to the man, I seriously doubt that he is qualified to do that.

Grant Robertson has Finance, Infrastructure and Sport as well as being the Deputy PM.

He’s also charged with covering for the PM when she refuses to turn up.

A quick glance at their respective LinkedIn pages and Cabinet profiles reveal that these three have spent less than five years in total — among them — working in jobs outside the political system. So that makes them career politicians.

I’ll admit, I think political leaders would be better equipped if they had real-life experiences in the workplace before going to a career in politics. Those experiences would provide core executive skills that enable a leader to effectively drive projects and processes, and to assemble management tools for their toolbox: planning skills, execution frameworks, people management capability and the ability to follow up effectively.

I also think we’d be better served by our politicians if they had a maximum term — say nine or 12 years. That way we wouldn’t have people whose entire career is spent inside the walls of the parliamentary system. But I digress.

And so we have people who are good at communicating and spinning a story when a microphone is pushed in their face. They’re very good at telling us how many more nurses, teachers or police they’ve recruited. What they don’t tell you is how many have left. They can’t explain why we have the problems we have, nor can they shed any believable light on their proposed solutions.

And yet, in most of the critical operational functions of government, we are in bad shape. Good government would see the existing problems get smaller as new ones emerge. Not here. The problems are just getting bigger. And the attention of government and the ministers seem to be diverted away from the real issues.

The recent emissions policy is a case in point. New Zealand doesn’t need to be a world leader. We don’t need to set world firsts. Even the global elite of the climate change hierarchy state clearly that climate change policy should not come at the expense of food production.

And the reality is that it doesn’t matter what this country does on climate change policy; we are not going to make a difference to the global outcomes for the planet. And yet here we are, risking our biggest export industry, destroying farming families and reducing our own food supply because we think we want to lead the world.

Meanwhile, if we could just focus on the crisis at home for a minute. Chris Hipkins has an obvious opportunity. As the Minister in charge of both police and education he is uniquely placed to change the lives of young ram-raiders for the better. Imagine the police, education and defence departments working together to create a plan to provide these troubled young people with a combination of education and military training to help them turn around.

Make it option if you like. A life of crime? Or a life.

But it’s almost as if our leaders have decided that the bad stuff doesn’t matter as long as they can cope with the PR fallout.

Instead, it seems that the time and effort goes into their pursuit of the social adjustments and ideological projects that they want to be remembered for.

The damage wrought by this Government, through their own inaction on the things that really matter and their blind focus on the things that don’t, in just five short years, will already take a decade to turn around, or maybe even a generation. If we give them another term next year, such a turnaround will never occur. Simply put, it will be a bridge too far.

To paraphrase Winston Churchill: never before has so much damage been done to a country, by so few, in so short a time.

This article first appeared in The New Zealand Herald on Saturday 22 October 2022.