Bruce Cotterill: Free speech worth speaking up for 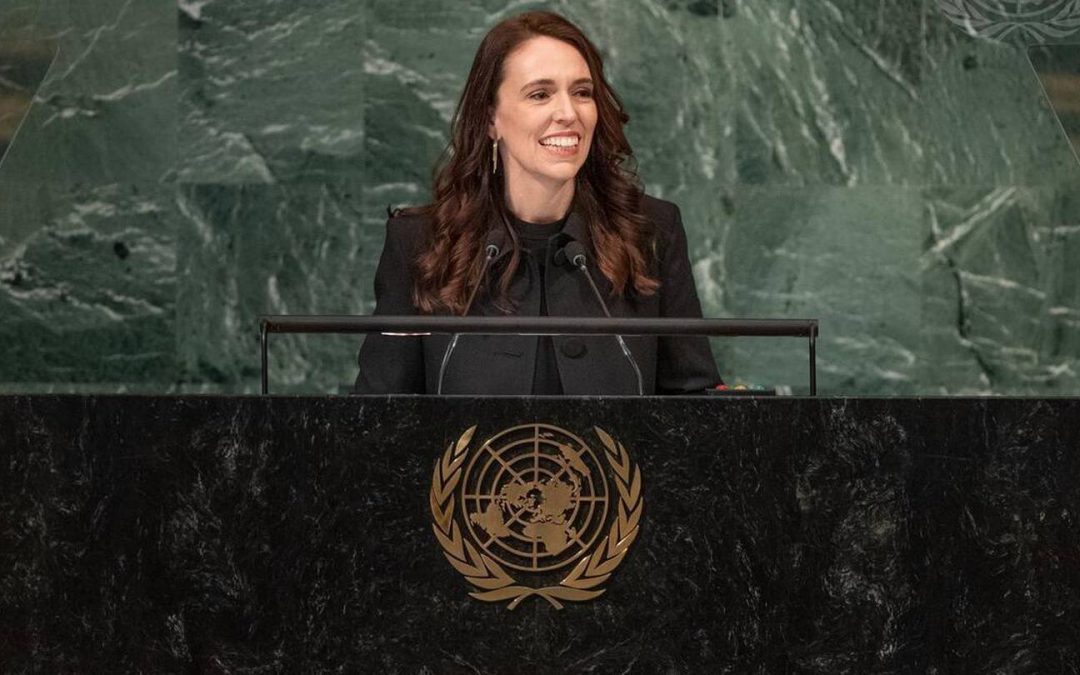 I’ve been chatting to a few people about the Prime Minister’s speech at the United Nations. I’m surprised at how many people knew she had spoken there just a few weeks ago. I’m equally surprised by how few people have any idea what she talked about.

She spent the first half of her presentation on all the obvious issues of the day. She started with the lessons taught to us by Covid-19, referring to the way the world worked together on the virus, and managed to tie in some comparisons with how we must tackle climate change together.

She then moved on to the topic of war — in particular, and somewhat predictably in front of a UN audience, Russia’s invasion of Ukraine. In a hint of what was to come, she said the war was based on a lie, and briefly discussed the renewed threat of nuclear weapons. That in turn opened the door to the second half of her speech.

Referring to New Zealand, Ardern cleverly changed the topic using the following sentence. “We will remain a strong and passionate advocate for efforts to address the weapons of old, but also, the weapons that are new,” she said.

So what are these so-called new weapons? She was referring to “cyber-attacks, prolific disinformation and the manipulation of whole communities and societies”.

In other words, she was referring in the first instance to criminals using computers to attack our technology infrastructure. However, it was the second half of that sentence that received attention from media agencies around the world. The new weapon she was referring to was words.

Her comments are relevant because this week we heard from the Justice Minister that our Government will be introducing hate speech legislation to Parliament before the end of this year.

Such a situation should make us think. Sure, there are plenty of opinions and comments published every day on the internet and elsewhere that are not accurate. They’re not hateful. They’re not terrorism. But they’re not accurate. There’s also plenty that is accurate, or just to confuse us all, accurate in the views of some people but not in the eyes of others.

The great majority of that material is opinion. Some opinions are well informed. Others less so. We all have them. And we have all been entitled to have them. Opinions and the debate they generate form the basis of better decisions and better outcomes.

But who decides what is right and what is wrong?

To me, it should be obvious what does and doesn’t constitute speech or online provocation with the potential to lead to terrorism or hate. Do we need further legislation to identify and deal with that? As I understand it, there are already laws that deal with extremism and harmful content.

And so the question needs to be asked: will our new hate speech legislation seek to go further? If so, how far?

There are plenty of people who agree with any given government. There are usually plenty who disagree with that same government. Democracies around the world are better off for such diversity of views. Is our Prime Minister suggesting that ultimately, someone should decide that one side is right and another is wrong?

As I read her speech I was prepared to give her the benefit of the doubt when I read the following: “As leaders, we are rightly concerned that even those most light touch approaches to disinformation could be misinterpreted as being hostile to the values of free speech we value so highly”.

However, just two paragraphs later she retreated from that view with this: “How do you tackle climate change, if people do not believe it exists?” The implication was clear — those non-believers need to be shut down.

Climate change is just one example. But there has been debate. Lots of it. That debate will ultimately lead to better outcomes. Better decisions. We’ve recently heard from well-qualified scientists who have been insiders at the IPCC, that some of the original calculations about the impact of climate change were incorrect, and that there are now better formulas to calculate more accurate potential impacts and outcomes. Those outcomes are less catastrophic than has been previously predicted.

I think that the new information is good to know about. It should help to inform future decisions. But would that information have come out in a world where the climate change “non-believers” had been suppressed? Of course not. And so it is across many of the issues that we confront day to day.

The trouble with hate speech laws and disinformation claims is this. Who decides what’s right? What is information versus opinion? What is an accurate opinion versus an inaccurate one? And if you eventually shut down one side of an argument or discussion, how are we to know where the alternative view might have led us if it was allowed to be pursued?

I have some experience in the area of free speech. In my executive life, the company I worked for was sued for defamation in a case which went to the High Court twice, the Court of Appeal a couple of times, and even the Privy Council. After every victory our plaintiff went in for another round. It was never-ending and expensive. But it was important. As my boss said at one point, “this is not about defamation, it’s about the freedom of the press”.

Freedom to speak. Freedom to publish. Freedom to congregate. Freedom to protest. Freedom to participate in matters of government. These freedoms quite rightly apply equally to those who disagree with us, as well as those who agree. They are all important cornerstones of democracy as we know it.

Every society needs balanced, constructive and reasoned debate. The fact that this newspaper publishes opinions and comment that are divergent and sometimes opposite is a good thing. Such commentary informs discussion and debate. Debate leads to accountability and better outcomes.

Constructive and well-reasoned argument is essential. It paves the way for better outcomes. But if we seek to shut down such discussion, where does it lead? When does “disinformation” become watered down to “disagreement”? When does any amount of criticism become an unacceptable challenge to authority? When will we be asked to leave our “point of view” behind?

Our Prime Minister’s global reputation took a hit from centre-right media for her comments. Australia’s Sky News said “Jacinda Ardern’s calls for censorship is a war on freedom”. British television presenter and historian Neil Oliver said on Great Britain News that “for any politician to declare that she is the single source of truth is nothing less than dangerous”. Other headlines used words like censorship, totalitarianism and authoritarian.

The freedoms we enjoy provide for a range of views to be expressed, listened to and challenged. Sure, in doing so we are also enabling the fringe views, or sometimes the extreme views, and maybe even the intolerable ones. But they are a tiny minority of cases when compared to the many thousands of other voices we hear every day.

To block mainstream debate because of those few voices is to curb one of the greatest freedoms that we have — the freedom to think for ourselves, inform our views and express our opinions.

In announcing the entry of the United States into WWII, President Roosevelt said the following. “We look forward to a world founded upon four essential human freedoms. The first is freedom of speech and expression. The second is freedom of every person to worship God in his own way. The third is freedom from want. The fourth is freedom from fear.”

It would be a great shame if just some of those very freedoms were taken away at a time when Europe is once again at war.

Freedom is worth talking about, arguing for, debating, and defending.

This article first appeared in The New Zealand Herald on Saturday 5 November 2022.