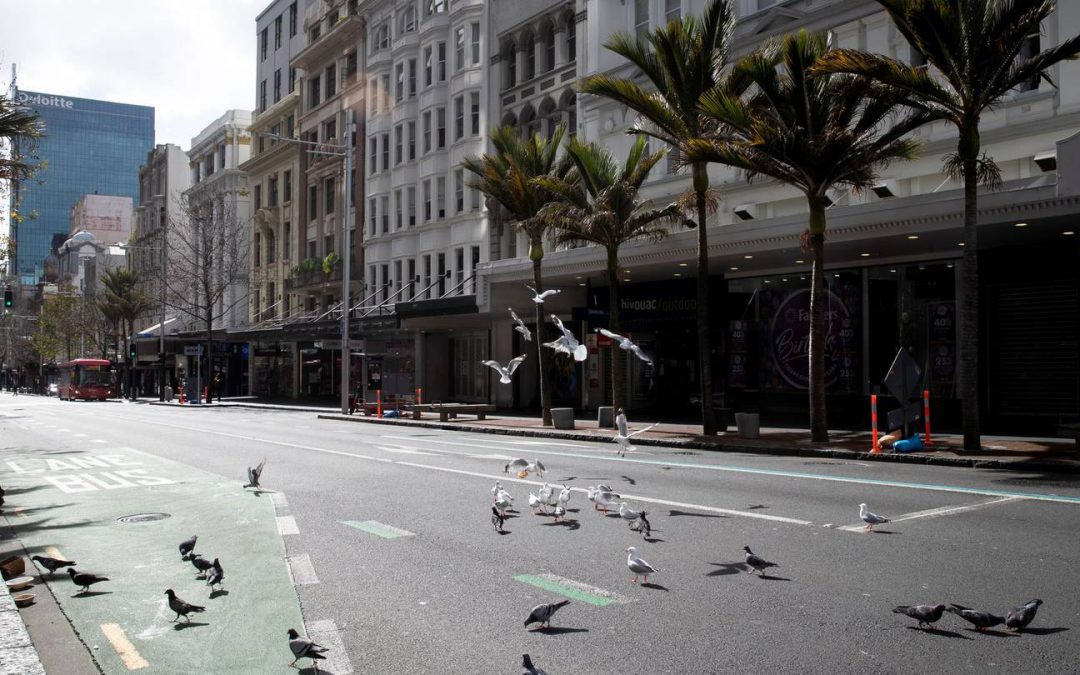 I’ve learned a number of lessons from the pandemic. The most important are about the features of life that we once took for granted.

In Auckland we are struggling without it.

Sure, I can do my work from home. It’s not ideal. Not as productive as I’d prefer. Some things take longer. Recruitment is riskier when you can’t meet the candidates.

Negotiations take longer when you can’t sit around a table and work through the issues. Building cultures and business planning is almost impossible on a Zoom call. But we’re getting by.

But freedom. That’s a different story. Freedom to do what we want. A morning coffee with a colleague. A beer with some mates. A swim at the local pool. A barbecue with friends. A visit to my mum. Perhaps a weekend away. Or even the ability to jump on a plane and have a holiday.

Sadly, I have come to the conclusion that this is a government that has become increasingly comfortable taking our freedoms away. You see, the more you do something, the more comfortable you become doing it. After a while, it becomes automatic. Even if what you are doing is wrong, it becomes acceptable in your own mind.

Here’s the problem. Apparently it takes just 21 days to learn a new habit. And our political leaders have fallen into the habit of taking our freedoms without giving it a second thought.

This week we heard the deputy prime minister on Newstalk ZB implying that we citizens were fortunate in that they were gradually opening up Auckland, albeit at the glacial pace that they are. When challenged by radio host Heather du Plessis-Allan about why Auckland’s retailers were not able to open sooner given the city’s vaccination rates, he responded with the threat that the government “could sit here and do nothing”.

His response prompted a charge of “petulance” from an angered radio host. And rightly so.

Such a comment can only come from someone who has developed a level of complacency around the continuation of the lockdowns and who is therefore comfortable with the restrictions he or she is imposing on people.

By Wednesday it was worse. Laughable, even. When discussing the prospect of Christmas holidays, Covid-19 Response Minister Chris Hipkins suggested one of the options being considered was vaccinated holidaymakers could be allocated a time slot advising them when they can travel out of Auckland for their Christmas holiday.

Excuse me? This is not even laughable. It is disgraceful. North Korea, here we come.

I think these complacent politicians living in their Wellington bubbles need to hear a few facts. So I’m hoping they’re reading this.

You see, while those making the decisions that affect our lives are collecting their pay cheques every month, there are many New Zealanders who are not. Their businesses are on hold indefinitely. Their busiest time of the year is about to pass them by. And even if they can go back to work one day, their debt and stress levels are unthinkable. It’s no wonder these people are at breaking point.

While our government ministers, together with their respective officials, pop off on their forthcoming European jaunts, there are businesspeople going to court to get permission to travel overseas to enable their businesses to keep going.

And while Aucklanders are locked down, the hardship expands to the rest of the country.

The South Island is suffering. They have had one Covid case in the past year. And yet their borders remain closed. Cantabrians are 75 per cent double-dosed. The Southern region 78 per cent. Both are more protected than most of the Australian states that have already emerged from their lockdowns. The South Island remains at level 2. Their borders are closed. Their freedoms are clamped.

And I have no doubt that one of the greatest tragedies in all of this mess lies in the group of New Zealanders who want to come home, but can’t. We’re not hearing enough of their stories.

Apparently, we have to make room in our MIQ system for criminals who are deported from other countries, and the entourages accompanying our government ministers on their overseas jaunts.

But the average, law-abiding Kiwi who just wants to come home? We put them into a poorly organised raffle every week. There are 30,000 such people. Kiwis. Our people.

Stranded in other parts of the world, incurring unnecessary accommodation costs, with overseas work permits and visas expired. Then there are those needing to return to a sick or dying relative. Some just want to come home for Christmas. And we are not allowing them to come home.

Surely this most fundamental breach of government responsibility is above all else.

We have acknowledged that we are now living with Covid in our community. We have 77 per cent of our country double-vaccinated. In Auckland that proportion is 85 per cent (according to covid19.govt.nz). We have over 700 Covid-positive patients self-isolating at home.

And yet we have 30,000 Kiwis overseas who are double-vaccinated, all but a few of whom will test negative before they get on a plane bound for home. Why can’t these people be allowed to travel home, to self-isolate at home for seven, 10 or even 14 days?

For some reason, we won’t let them. We seem to be worried that they might not take their isolation seriously. So charge them a $1000 bond, which they forfeit if they break the rules! It’s not that hard. But get them home. We must welcome, with arms open wide, every New Zealander who wants to come home.

But sadly, as one party asserts control, another loses freedom.

Curbing freedoms is becoming more and more a feature of this government. It started with the daily updates. “Tune in at 1 o’clock and hear from the single source of the truth,” they said. Lockdowns. Confiscating water assets. Centralising healthcare. Centralising education.

It’s not hard to see that the arrogance that comes with such behaviour leads to a stifled democracy. While the locked-down people are tired and frustrated, our politicians place unelected representatives onto councils and boards, take control of newly centralised education and healthcare and rewrite school history curriculums. All such roads leading to further curbs on the freedoms of the people.

Here’s the problem. There’s an awful lot of take, take, take going on. The people need some give, give, give. The give should include a government that can run competent border policy, pandemic preparedness such as hospital capacity and ICU enhancement, and a vaccination programme that is informed, well managed and timely.

Our government has failed on each of these measures. Their only solution is to confiscate our freedoms. The failures have been theirs. However, in order for their freedoms to be maintained they are happy to change the rules.

We’re all aware that the PM has been refusing to come to Auckland during the lockdown.

Her list of excuses has become longer and lamer as journalists have quite rightly pressured her on the matter.

So, call me a sceptic, but when Tuesday evening’s news hour brought with it the announcement that the Speaker of the House has decided to enable parliamentarians to travel freely around the country, I said out loud, “I’ll bet the PM has decided she needs to come to Auckland before she jets off to Europe at the end of the month”. Sure enough, the next morning the announcement came that the PM will be visiting Auckland on Monday.

People who want their family members to come home and their kids to go to school.

People who have played their part, stayed home, and become vaccinated. People who are now being told, by an increasingly authoritarian government, whether and when they can have a Christmas holiday.

Many years ago I observed that an incompetent manager will often limit the opportunity for their team or their organisation by slowing things down to a pace that he or she can cope with. In other words, to control the pace to a level that suits their agenda. We are all learning now that an incompetent government can do the same.

When one party asserts control, another loses freedom.

This article first appeared in the New Zealand Herald on Saturday 6 November 2021.