Bruce Cotterill: Government has spent up large – but could have delivered more 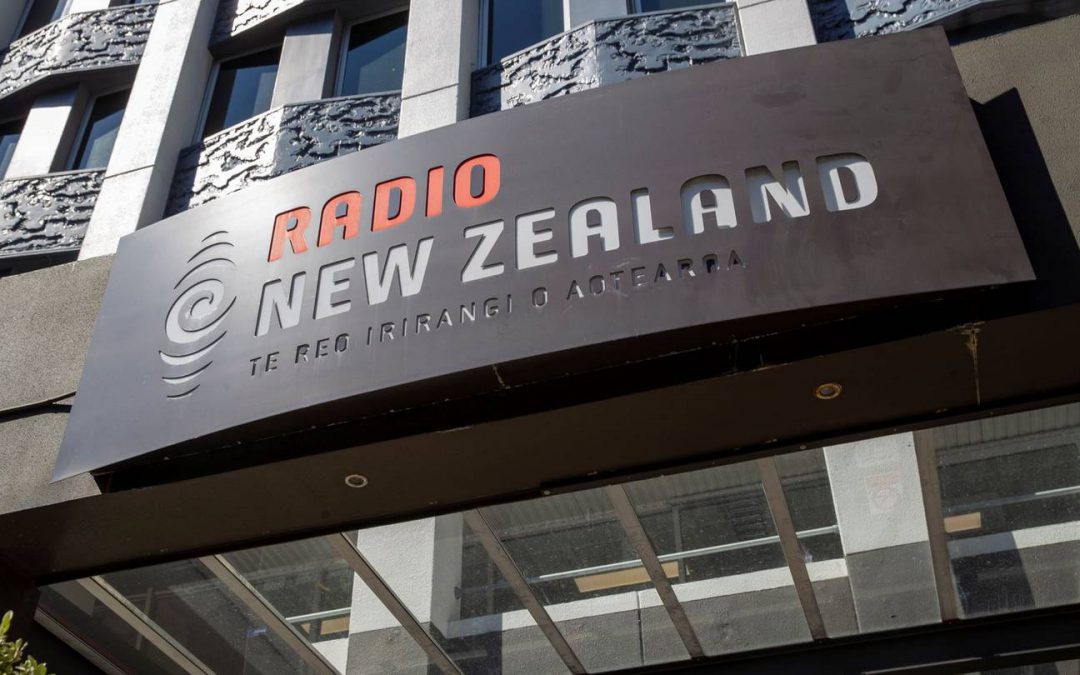 Back in the early 2000’s, I had the good fortune to meet the legendary Australian billionaire Kerry Packer a number of times. At the time I was working in his media company and fromtime to time we would end up meeting to discuss the business I was responsible for.

He was a larger than life character who seemed to enjoy his public persona as a loud, gruff billionaire. In reality he was incredibly bright, often quietly spoken, usually respectful and extremely generous.

A decade earlier, he had been hauled before the Australian House of Representatives select committee on print media ownership. For some reason, a committee member asked the big man if it was true that he sought to minimise the amount of tax he paid.

Packer’s answer has become folklore across the ditch: “Of course I am minimising tax,” he said. “If anyone in this country is not minimising tax they want their heads read. Because as a Government, I can tell you that you’re not spending it that well that we should be donating extra.”

Some 30 years later, here in New Zealand, I find myself agreeing with my old boss. Whatever your view of this Government’s approach to taxation, it’s hard to agree with what they are doing with the money.

Last week, the first payment of the Government’s hastily thought-up cost of living support package was made. Unsurprisingly, there seem to be a few problems.

Just to remind you, these payments of $350 over three months were targeted at people in New Zealand earning less than $70,000 a year. Apparently, there were about 2.1 million such targeted recipients.

One problem is that we have only paid 1.3 million people. Some taxpayers have missed out and have put their hands up. On the face of it, that’s not so bad.

However, at the other extreme at least 1 per cent of the intended recipients appear to be people who aren’t eligible to receive it.

The list of payees included Kiwis who have been living overseas for up to 18 years and former international students who have returned to their homes in India or Singapore.

They’ve also paid the money — remember, this is a cost of living allowance for people earning less than $70k a year — to spouses of people earning hundreds of thousands of dollars a year.

Some overseas-based recipients got in touch with New Zealand media organisations to “out” the Government’s stupidity.

Others made social media posts highlighting the incompetence.

When quizzed by both Mike Hosking and Heather du Plessis-Allan on Newstalk ZB last week, David Parker, the Minister of Revenue, said he expected 1 per cent of recipients would end up inappropriately receiving the payment. He defended this by saying the Government was willing to get 1 per cent wrong as it was cheaper than establishing a process requiring people to apply.

But it’s a hell of a principle — let’s pay the money instead of going through a proper process.

As a taxpayer, I expect these guys to care about every single dollar. In fact, just as is the case in any business I’m involved in, I expect them to treat that money as if they had to earn it themselves, although most of this Government wouldn’t know what that means.

Second, we didn’t need people to apply. Just a simple email to people advising them of the terms of the payment and asking them to confirm that they were eligible would have sifted out many. Cost? Next to zero.

And where did the 1 per cent come from? I suspect that’s a cautious underestimate to keep the media at bay.

As part of his defence, Parker also jumped to the so-called success of the Government’s post-Covid financial management and said Treasury had indicated that 15 per cent unemployment was probable in the aftermath of Covid! Fifteen per cent? What? Countries around the world managed Covid-19 very differently. There is not a country in the world that has experienced 15 per cent unemployment as a result.

Mind you, these are the same people who told us that 80,000 people would die if we didn’t lock the country down, remember?

Besides, the unemployment problem didn’t happen and was never going to.

And you don’t use past predictions that turn out to be wildly inaccurate to justify your current negligent actions. That just doesn’t make sense.

The cost of living payment is just the latest demonstration of fiscal incompetence, but of course there’s plenty more where that came from.

The budgeted allocation of $327m to be spent on the merger of Radio NZ and TVNZ is an astronomical amount of money for something that should be relatively straightforward.

It’s just two government-owned entities being merged into one.

Was there anyone in the room asking the following question: if it’s going to cost that much, are we sure we need to do it?

A couple of weeks ago, I said during an interview, admittedly somewhat flippantly, that you could merge Apple and Amazon for less than that. Having given it some thought, I stand by that off-the-cuff comment. I can’t even conceive how it can cost that much. The question needs to be asked: where is all that money going?

And yet the wild spending spree continues.

Then there is Kāinga Ora, which a few weeks ago we learned was carrying debt levels deemed unmanageable over the next 60 years.

This week we learned that the agency has relied on inflated valuations to justify a $70m land purchase in Tauranga, outbidding commercial buyers by as much as 20 per cent. Incidentally, they also plan to hire an additional 485 staff. No wonder their debt is out of control.

It’s also worth reminding ourselves of the $100m on the already-failed merger of the nation’s polytechs; apparently Three Waters is considering a computer system that could cost $500m, not to mention the costs of the so-called health reforms or Three Waters itself.

And just yesterday, the Herald reported that this year’s Budget allows for 3423 additional public servants who are supposedly required to fulfil the Budget commitments.

Assuming the relatively conservative estimate of an $80,000 salary for each new employee, that adds up to an additional $274m in salaries, every year.

By the way, don’t forget the $8.8billion restructure of the Reserve Bank’s balance sheet, the need for which has arisen partly because of the wastage outlined above.

In case anyone hadn’t noticed, we are now in an environment where inflation is back from the dead. Accordingly, interest rates are rising rapidly. That’s not good if you have a lot of debt. Global sharemarkets, commodities markets and real estate markets are declining and are in a state of flux.

Our historically major sources of income are under threat. The tourism industry is in tatters after a combination of Covid-19 and the resultant global lockdown, coupled with our failure to rapidly respond to the post-Covid world. 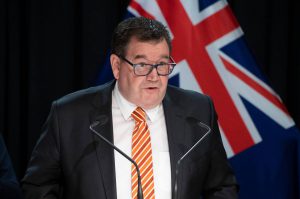 At a time when the best possible financial advice would suggest we take a cautious approach, cut back spending and borrow only to invest in physical assets or infrastructure, our Government has decided to keep spending money like it grows on trees.

We now have $54b of debt that we didn’t have just a couple of years ago. At the current rate, while productivity continues to wallow behind our trading partners and GDP growth is negative, that number will continue to increase.

And yet, we continue to spend. This is financial mismanagement on such a grand scale that it can only be regarded as reckless.

Imagine if we built a hospital for $327m instead of merging a couple of government-owned media entities. How many nurses, teachers, educators or scientists could we hire with that sort of money?

Somehow, we now have to work out how to get ourselves out of this financial mess. To do so will require economic growth. And we will not grow our economy through low-value government spending.

However, we will grow our economy by creating an environment where business can thrive. The Government’s role in this is critical, but it is not where they are spending their time and our money right now.

What we really need to do is cut any government spending that doesn’t add long-term value. Infrastructure projects are good: they generate jobs, consume goods and services from suppliers, and upon completion you are left with an asset — a bridge or a road — that sits on the balance sheet opposite the debt that was incurred to build it.

However, borrowing to spend on services such as advertising, consultants, beneficiary handouts and the bulging bureaucracy does not stimulate the economy and leaves little in the way of benefit.

In short, we can borrow to build assets. But we must earn the right to spend.

A strong business sector with access to resources, funding, personnel and international markets is critical. That implies a stable regulatory environment that business can rely on. It means consistent sets of rules and clear boundaries that are easily understood and give business the confidence to take on the risks that are such an important part of success.

Ports, transportation and an education system that delivers a willing and able workforce.

A can-do Government that supports the development or importation of talent as required and investment funding or market access where appropriate.

Finally, we need a national brand position and an investment framework that encourages overseas entities to invest in this country.

We had all this once. And not so long ago either. But we need to do it again. Economic growth, jobs and success will follow.

With the money we have spent, we could have had so much more. But we have to start again. And it’s never too late to start.

The last week has seen the New Zealand public become distressed by the performances or behaviour of people like Ian Foster and Sam Uffindell. If only we could become as agitated by the ridiculous and wasteful spending of our taxpayer dollars by this Government.

This article first appeared in the New Zealand Herald on Saturday 13 August, 2022.