Bruce Cotterill: The Cup is gone – now let’s not lose our tourism industry 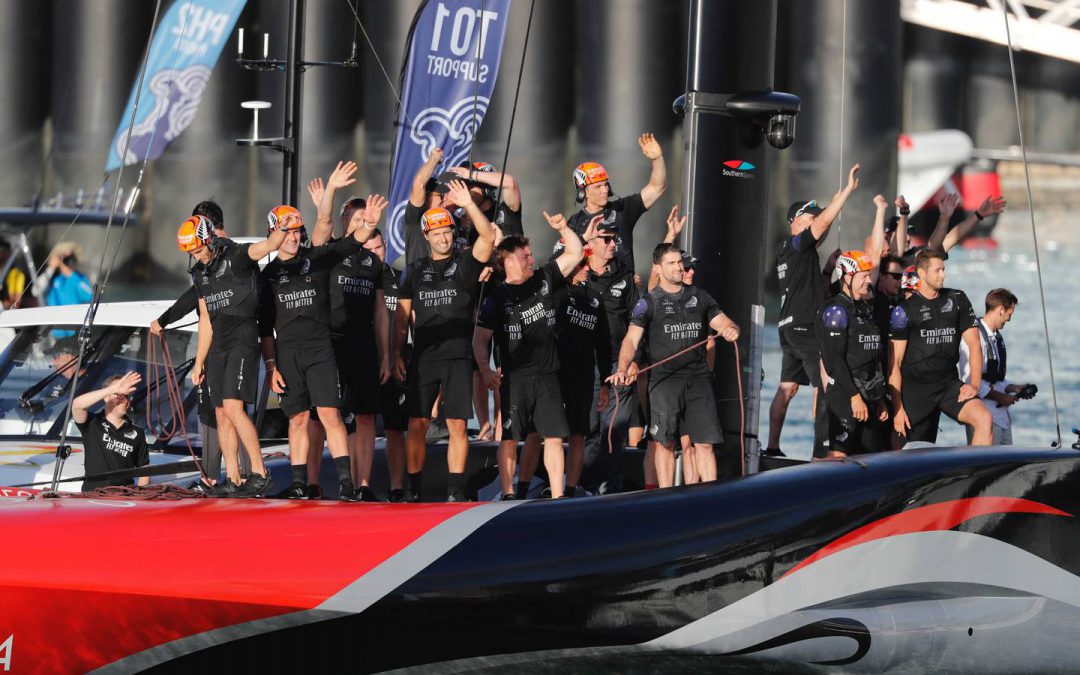 I’m disappointed about the America’s Cup. I don’t mind admitting that I enjoyed the hoop-la of the event — the crowds, the racing and the unbridled pride that came with it. Every time we’ve hosted it, Auckland has created an environment and atmosphere better than any rugby test on these shores. Typically reserved Kiwis have responded with a level of patriotism and celebration frequently seen in other countries, but seldom here.

Given the decision to take our America’s Cup defence to the other side of the world for what appear to be purely financial reasons, I would be surprised if we ever see a full America’s Cup regatta ever held here again. It’s a shame.

It’s hard to believe it was only a year ago that we defended the Auld Mug on our home waters once again. At the time, it was inconceivable that we wouldn’t be having the same waterfront party again in just a few years’ time. But we won’t. And I wonder if the America’s Cup is a metaphor for where we are as a country at the moment.

For the first time in my lifetime, we seem confused about our place in the world. The reluctant statements from Wellington regarding Russia’s invasion of Ukraine suggest that.

Our tentative response to Covid vaccine programmes, and more recently the introduction of rapid antigen testing, suggest a loss of confidence in our ability to make good decisions.

However outward-looking we may have been in the past, we seem to have turned increasingly inwards over recent years. Local micro-stories dominate our news headlines. An MP’s resignation here. A question about Pharmac funding there. It’s not quite cats up trees, but it’s getting there.

Issues such as our Covid response, the healthcare system, house prices, and in the last couple of weeks, co-governance, dominate. Covid case numbers and related deaths continue to overshadow everything else. Gone are the days when world events were our focus. I, for one, am wondering if our ongoing myopia risks seeing us lose our place in the world.

That place once saw us proudly boxing above our weight. The Māori Battalion, Sir Ed Hillary, Sir John Walker and Bruce McLaren all feature in a lineup of people who took our story to the world. Sir Peter Blake and Sir Russell Coutts once did that too. Grant Dalton had the same opportunity in his hands. But he has taken Team New Zealand from New Zealand.

And so there is a sadness that the little country that once could, it seems, now can’t.

Our once-mammoth tourism industry is a case in point. We’ve been decimated by Covid-19. And yet, as we prepare to open our doors to the travelling world once more, we are not ready. In fact we are so ill-prepared that you would think we weren’t planning to reopen this year.

Having just travelled the length of the country, I was surprised that many of our motels are closed. A number of those that aren’t, it seems, now have long-term tenants, in many cases funded by the Ministry of Social Development. Those that are open are short-staffed and have cut services.

Occupancy has been non-existent for the past couple of years for those operators unwilling or unable to take the government money. Sky TV subscriptions are no longer affordable for many. Offices aren’t manned and phones aren’t answered.

As you travel around you’ll see empty shops in tourist towns — and some of those that aren’t empty aren’t open either. We once had over 300,000 people on tourist visas working here. There are now fewer than 150,000. Many of those people were chefs, waiters, bar and hotel workers. Tourism workers.

A hotel manager in the Far North came to our room to warn us that most of the people in his town were affected by or involved in the supply of methamphetamine. As a result, the purpose of his visit was to ensure that we didn’t leave valuable items in our vehicle. It’s not a great story for a tourist to hear. 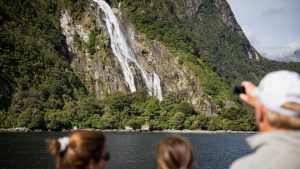 The quality of service is reflective of a country losing its position. Cafes without food. Restaurants closing early. A small town with a nice motel but nowhere to eat.

So we want the people to return. But we are not ready for them.

Instead, we are debating the ownership of water and the likelihood of a changed governance structure. A political party this week launched a petition on the topic. Our Government is preoccupied with buying motels and turning them into blocks of flats to house the homeless. Their goal? To eliminate the claims that people are living in those same motels.

The city of Rotorua is one of the jewels in our tourism crown. I visit the city regularly. It’s a shadow of what it was, even a couple of years ago. The motel mile is now a collection of state-controlled motels or former motels, occupied by those who can’t house themselves. There is untidiness and graffiti and all that you would expect of a government-created ghetto in the making.

In our other tourism jewel, Queenstown, there are closed restaurants and empty shops too. Many business owners can’t get staff. Others are impacted by those who are isolating due to illness in the family. If the tourists return quickly, we need the workers in place before they get here. We seem to have some of those things the wrong way around.

The loss of our tourism industry over the past two years has hit our economy and our people hard. Harder than most of us are aware. There will be more pain ahead. But at least there is a light at the end of the tunnel.

We need to get that industry back as quickly as possible. We are fortunate in that we have natural attractions and scenery that will bring back the overseas tourists with their all-important spending money. But like most businesses, continuing to grow the sector will rely in part on those people visiting repeatedly and then encouraging others to do the same. That will only happen if their experience is amazing.

We’ve wasted a lot of money in this country in the past couple of years. But there is absolute justification in spending money on the revitalisation of what was once our largest export. From our largest city to our smallest town, we need a damn good tidy-up.

Our myopia sees us busy trying to change things that aren’t broken, while those things that are, go unattended. Right now we have $100 million that was pledged to the America’s Cup that will no longer be needed. That $100m would be well spent on returning our once-largest export earner to its rightful position.

But we need to change our outlook and lift our aspiration once more. Get outside the box. Look outward for the opportunities. Otherwise our international customers and our young people will follow what was once our Cup.

Because, despite the fact that we are the holders, and with apologies to broadcaster Peter Montgomery, the America’s Cup is no longer New Zealand’s cup. It is now, sadly, Spain’s Cup. Let’s hope our tourists don’t follow.

As regular readers of this column will know, I have just completed a cycle trip from Cape Reinga to Bluff to raise money for men’s mental health and prostate cancer charities. We successfully reached our fundraising target of $200,000, thanks in part to Herald readers who saw our articles and donated. On behalf of Bike for Blokes, I thank each and every one of you. We had donations of $2 and $2000, and everything in between. Each one as welcome as the other. And each one destined to change someone’s life for the better. The generosity of New Zealanders never ceases to amaze me, and in this instance, we Kiwis did each other proud. Thank you.

This article first appeared in the New Zealand Herald on Saturday 2 April 2022.