I’ve just had a week overseas.

It’s the first time in over two and a half years that I’ve stepped out of the country. Those 30 or so months have felt like a long time. So it was good to get out again.

The beauty of getting out of the country is that we are reminded of how good it is here. In recent times, closeted within our borders and locked away from the rest of the world, we’ve forgotten that. Once we go somewhere else, it all comes back.

One of the things I noticed during my week away was the drinking water. It tasted funny. In some places it even smelt a bit. Occasionally there was a sign that read “please don’t drink the water”.

Compared to most countries our drinking water is, for the most part, exceptionally good. It doesn’t smell strange or taste funny. It is actually very consistent across the country. In parts of the South Island it’s even naturally chilled. The drinking experience is usually pretty good.

Sadly, there’s a battle going on for our drinking water at the moment. In fact, the battle is about all of our water.

By now, most of us will have heard of “Three Waters”. In case you haven’t, it’s a term that refers to our drinking water, wastewater and stormwater. In particular, in regards to the rising dispute, it refers to the assets and infrastructure that ensure the safe delivery of these water-related services.

These services have traditionally been delivered by the 67 councils across the country.

Those same councils have always owned the assets and infrastructure used to deliver the water-based services. The funding for the assets has come from ratepayers over many many years, and the current book value of those assets is in the tens of billions of dollars. Auckland’s Three Waters assets alone are valued at $12 billion.

However the current Government has decided they want to centralise the ownership and operation of our water assets, supposedly in the interests of improving the quality of services with promised investment over the next 30 years. They’ve offered to pay councils a total of just $2.5b for the assets.

Most of us will have seen the extensive $4 million advertising campaign run by the Government in support of its proposed approach to Three Waters. Many would call that series of ads Government-sponsored propaganda. Among other things, this irresponsible campaign sought to convince us that our tap water is actually brown sludge, which of course it isn’t. The campaign was misleading at best.

Thanks to the wonders of social media, that campaign has now gone around the world. It’s not exactly a great advertisement for our corner of the world — a corner which is cleaner and greener than almost any other in the world, and where the water is actually pretty good.

For some reason, and despite plenty of other priorities, this Government has decided to make the confiscation and centralisation of water assets a priority. They seem to be doing so with undue haste, without proper process, and irrespective of what others, including the current owners of the assets, think. In fact, their urgency in the matter makes you wonder what the real agenda is.

As we should expect, there are various groups trying to slow the Government down. Some councils are putting up a brave but ultimately futile fight. The Government is largely ignoring their opposition and ploughing ahead regardless.

Elsewhere, there have been the usual petitions and protests. Earlier this year, as I cycled through the country, I was pleasantly surprised by the number of rural communities from north to south with signs and banners declaring “STOP 3 WATERS”. If only our politicians rode the same trails, they would see what the heartland thinks of this stuff.

In typical Kiwi fashion, these protests are quiet, respectful affairs that provide the opportunity to publicly offer a point of view without creating enough noise to change the Government position.

And then there is another largely unheralded effort that seems to have the best chance of breaking the Government’s strongarm tactics. The Water Users’ Group started as a group of Auckland people financing a legal opinion on the legality of the Government proposals for Three Waters.

With the support of the Taxpayers’ Union and the Democracy Foundation, those small beginnings have now escalated to the point where there is a strong legal team headed by well-known Wellington lawyer Stephen Franks, a former Act Party MP, and highly regarded Queen’s Counsel Gary Judd, QC.

This month the Water Users’ Group had their first day in court. At the centre of their case is the challenge to the claims made by the Minister of Local Government that implementing the Government’s proposals is necessary in order for the Crown to comply with its obligations under the partnership outlined within the Treaty of Waitangi.

The early action has been about the Government’s reassurances that under the Three Waters proposals, local communities and councils will still “own” shares in the new water entities. In reality, while on paper ownership will technically stay in council hands, the usual rights associated with ownership will be stripped away.

The Water Users’ Group is suggesting that the minister has deliberately misled members of Cabinet during the initial briefings on the proposed legislation, in order to ensure Cabinet support for the Government’s controversial approach.

The statements from lawyers acting for the Water Users’ Group go further. Their published comments include that “ministers appear to have cold-bloodedly decided to confuse councils and ratepayers with false statements”.

They go on to say that the claims have been “calculated to deceive parliamentarians, and when it becomes law, to deceive New Zealanders generally”. Gary Judd, QC does not mince words, stating in his opinion that “when all the lying statements are put together, the Government’s effrontery is breath-taking”.

Remember, these are the learned people of the law, providing an opinion of the behaviour of our Government. That in itself is breath-taking.

With the court action only just getting under way, it is unlikely that we will see much progress before the middle of next year. However the Water Users’ Group case might be quite topical around the time of the next election. 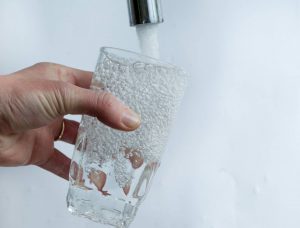 Of course the Government’s desires for the Three Waters assets did not feature in its pre-election campaign materials in 2020. In fact, as with the He Puapua report, their plans were kept well hidden. And yet, immediately after that election they have moved with such haste, bullying local councils as they have gone, that they are in the position they are today, passing legislation, setting up new entities and employing people.

As many readers will know, their haste was such that they were advertising for staff for Three Waters before the legislation was even presented to Parliament. Despite the opposition to their plans, they have appointed boards and advertised for chief executives of the new Three Waters entities.

Some of the decisions around recruitment are staggering. Employees are currently resigning from existing council-owned water entities to begin working for the new Government-controlled entities that are being set up. Upon relocating, many of them will be performing the same tasks as their previous roles required. Yet in some cases they are being paid tens of thousands of dollars more by the new employer.

If you’re thinking that doesn’t pass the common sense test, you’re right. I’m not sure why, with the acquisition of the assets, the new owners can’t also bring the required people across, just as we would expect to see in a business acquisition.

It is clear that the current Government doesn’t care too much what the public thinks about Three Waters. They will continue with their rhetoric that our water is of poor quality, which it isn’t, and that desire for centralisation is because that is the only solution to these largely imagined problems.

Most informed New Zealanders will agree that we will continue to need large-scale investment in infrastructure to ensure that our Three Waters assets remain of a suitable standard to continue to deliver services to the country over the next 100 or more years.

However the physical and infrastructure work required on our Three Waters assets does not justify this large-scale asset grab and the change of control and effective ownership that will accompany it.

There is a strong view held by many New Zealanders that a centralised plan, one that robs Peter to pay Paul, and one that will inevitably see the smaller regions play second fiddle to the needs of the larger cities, and Wellington in particular, all set up with a complicated co-governance model, will be a recipe for failure, fragmentation and ultimately collapse.

If allowed to proceed, Three Waters will become another disruptive saga along the lines of the polytechs, the new health authority and the burgeoning public service in general.

I asked someone last week to describe their thoughts on this Government. Their answer was graphic and accurate: “New logos, name changes, more staff, greater cost and zero outcomes,” she said.

I think she missed something. Drinking water that smells funny and doesn’t taste quite right.

This article first appeared in The New Zealand Herald on Saturday 27 August 2022.