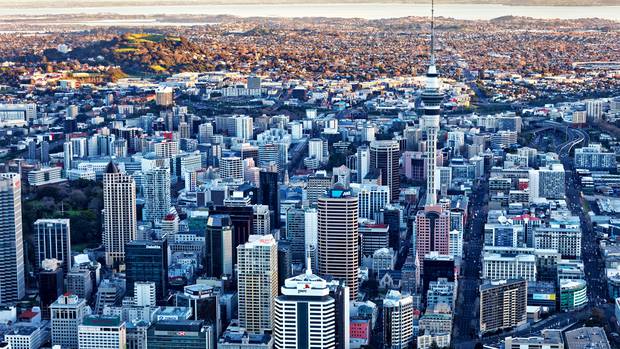 In a few days time we will have crawled out of the darkness of lockdown and we’ll begin to understand what life at level three looks and feels like.

There is no question that we have done a good job of minimising the potential damage to our population and our health systems that could have been caused by Covid-19.

The fact that we have probably used a sledgehammer to crack a walnut doesn’t matter too much now because we have the outcome we wanted and there is no point in looking back.

There is also no question that we have a different challenge ahead. The damage to the government books, our business community and thus our economy as a whole, is already enormous and it will only get worse.

Some businesses have already closed. Others are hanging on by the thread of a government funded wage subsidy, the timeframe for which will soon expire. The best employment projections suggest that unemployment, having sat around the four percent mark for the best part of the last six years, will go to at least 13 per cent, a level not seen for 25 or more years.

Again, we can lament the facts. Or, we can get on and do something about it.

This column doesn’t have space to suggest solutions for every industry group. But there are a couple of sectors worth discussing to get the ball rolling.

One of the early victims of the business downturn has been the media. To be fair the sector has been struggling for some time. High quality news and current affairs is a critical component of a strong democracy, and the cost of producing such content has never been cheap. Online service providers have killed circulation income and taken a big chunk of advertising revenue over the last ten years without contributing to the cost of chasing, writing and publishing the stories.

But ask anyone who has been around the media for a few years. There is nothing like an impending downturn to slow the advertising revenue flow to a trickle. So yet again, as they did in 2008, the media face a particularly nasty perfect storm.

So what do we do about it? Last week’s media select committee hearing heard the answer. There, members of the media implored the government to redirect their substantial advertising spend to traditional NZ media alone. In other words, stop government spending advertising dollars with Google and Facebook and spend with NZ media instead.

The Australian Government have already moved on this and the ACCC has a credible package under consideration which will see the search engines paying the media companies for content.

In New Zealand, the $50 million government response issued on Thursday was a drop in the bucket and was geared primarily at broadcasters rather than the likes of NZME and Stuff. What our government doesn’t seem to understand is that the real journalism, the gritty research, investigation and storytelling, happens in what were once the publishing companies. The fact that our newspapers are gradually moving online is irrelevant. You only have to watch our anaemic televised news hour (both channels being guilty) to see that it is the organisations with a background in publishing that value journalism.

The advertising market in NZ attracts about $2.6 billion per annum. Of that, more than $1 billion goes to the digital channels. Think Google ($600 million alone), Facebook, Trade Me and others. All of these companies are overseas owned, and with the exception of Trade Me, are not creating or even buying the content they publish.

It might sound like a simple idea, but if government and business redirected half of what we spend on overseas owned digital media, to the New Zealand companies who are creating our viewing and reading content – such as NZME, TVNZ, Mediaworks and Stuff – that one action alone would ensure the survival of these important news organisations and most critically, good quality journalism.

At the other end of the business spectrum is the little guy. The one and two person ‘mum and dad’ businesses who are on their knees at the moment. Think about the cafes. Or the owners of the 10 seater vans that used to take cruise ship passengers from Mt Maunganui to Hobbiton or to the mud pools at Rotorua. These businesses have stopped dead. Of course, the lease payments and wages still have to be paid, but in the new environment, revenue equals zero.

The owners of our nation’s network of motels fall into the same category. They’re mostly mum and dad businesses, owned by people who bought themselves a job. They pay for leases, cleaners, insurances, rates and power and health and safety. And they provide a critical piece of infrastructure to our tourism success story that will one day boom once more. They provide a network of well maintained, safe and clean places to stay. But in the meantime, they too need help.

The moteliers suffer from a similar problem to the media sector. Travel search engines such as Booking.com, Expedia, Trivago, and Trip Advisor, purport to offer the best selection and the best rates. They make it easy to book, but they also take fifteen percent of what you pay for the privilege. That leaves mum and dad’s motel with $170 of the $200 you just paid for a night’s accommodation. But if you call the motel directly and ask for a rate, they just might meet you in the middle and everyone wins. Everyone, except for the big international marketing company, that is.

The motel owner’s troubles don’t stop there. Another big overseas owned digital marketing company has been doing its best to render the tourism infrastructure that they provide irrelevant over the last few years.

Airbnb makes their money from helping home owners to offer up the spare room or even the spare house to travelers. It is simple to see the appeal for the homeowner. For a nation that is in love with the property market, an easy income from the digital marketplace makes for a compelling opportunity.

That is until you put this into today’s new context. Unlike the motel sector, the Airbnb’ers do not have the burden of commercial leases, commercial insurances or health and safety standards. For every Airbnb room rented every day in NZ, there is a commercial owner of a small and very good accommodation business that is suffering just a little more because of that decision. And yet again, fifteen or twenty percent of what you pay goes to the big guy offshore.

It’s hard for someone who believes in the free market economy to write some of this stuff. I’ve picked up on Media and Motels. But there are thousands of businesses in New Zealand, who will only get through the current crisis with the support of their customer base. And that means that we all need to find ways to support those providers of our key assets, so as we get to keep them.

Hey, I know Google’s cheap, and Booking.com, is as convenient as hell. But our businesses large and small need us at the moment. Buy local. Book it direct. And let’s see if we can help one another out of this mess.

This article first appeared in the NZ Herald on the 26th April, 2020.