Getting National back on the winning track 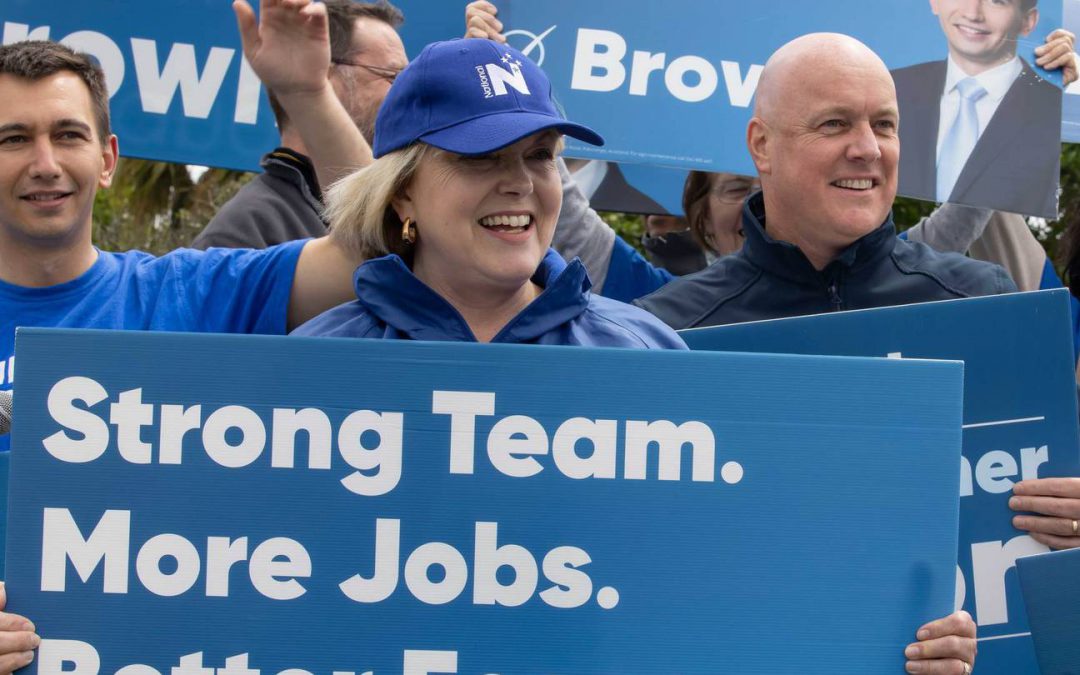 They say it’s the hardest job in politics. I suspect it’s harder than that.

I imagine that the role of an entire party in opposition is a difficult one. But the role of leader is really tough. Right now, the Nats need a refresh.

If you think for a moment about how a political party ends up in opposition, first you start off with your own views for the future of the country. You campaign on those. And you lose. As a result, your agenda is cast aside for at least three years. Instantly you have to change tack. You and your team need to focus on opposing someone else’s agenda.

At that point, the role of the leader and of the party change. They now have a different job to do. One which is the opposite of what they have been planning for many months and even years.

The difficulty of that shift is best summed up by the list of people who have had trouble making that transition.

Managing succession in political parties appears to be much more complex than managing succession in a corporate enterprise. In the corporate world, people sometimes get to a point where they’ve had enough and choose to resign. Alternatively, their employer makes the decision for them as they seek to improve the performance of the organisation.

But a political party will put all its energy (and often plenty of money) behind a leader and his or her chosen team. Typically, they only make the changes when it’s too late. The net outcome is that we often see two big mistakes in the succession management of political parties.

First, leaders hang on for too long. Strong leaders often encourage such blind loyalty that any potential successors are swiftly dealt with. As a result, there is often a leadership vacuum when a leader finally loses or steps down.

Second, while they are busy licking their wounds, those electing a new leader don’t seem to think too clearly about the challenges ahead. As a result, they will often choose the wrong person to take over.

Helen Clark was a fearsomely strong leader who left such a vacuum that her party went through five leadership changes in quick succession before settling on the current leader.

John Key was different, and unusually for politicians he broke the mould outlined above. He resigned early to give his successor time to prepare for an election. He also left behind a lineup of well-qualified successors. Names like English, Joyce, Adams, Kaye and others.

However, after the 2017 election, the National Party failed to follow the script. Despite polling a record vote, the Treasury benches were lost to the unanticipated Coalition.

The person who had led National to that point was told he no longer had the support of his team. The anointed and well-prepared successors were overlooked, too. And so began the musical chairs in the National Party leadership. Like Labour before them, they are now deep in their thus-far failed search for the right leader. 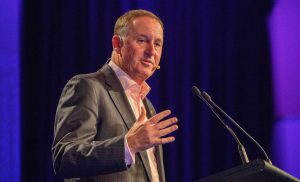 The National Party is currently unelectable. I’m not sure how you go from 46per cent to unelectable, but they have managed it. They look disorganised and out of balance. They leak information that they don’t want in the public domain. They have brilliant people who we don’t hear from and average people we do hear from. And they’ve lost some good people. Much of the damage has been self-inflicted.

The answer is leadership. That’s not to say that any of the recent appointees have been bad leaders. They just haven’t been able to pull it off, in these particular circumstances, at this particular time.

And so there they are. Four years later, three leaders down. Where to next?

Number one, the Nats need visibility. The whole team has to show up and the leader needs to be everywhere. It doesn’t have to be pretty. Key did a fashion parade and Seymour danced. Currently you’re up against a visible PM who the media love. So you have to get people’s attention.

So, you do different stuff. But you don’t take a good idea like a campaign called “Demand the Debate” and do it with a whimper. You do it with a shout. You need to make some noise. Billboards are a part of the communication plan but alone they’re not enough.

The Government is filling our airwaves with taxpayer-funded propaganda about water and Covid. If the Opposition wants to compete, a few billboards aren’t going to cut it. Get out to those so-called concerned citizens, raise some money and get the visibility up.

Next up, if you think about those who get elected, the one word that comes to mind is “energy”. It doesn’t matter what your job is, you need to look like you want to be there.

And if the job you want is that of prime minister, you really, really have to look like you want to be there.

Say what you wish about Obama, Thatcher, Blair, Key, Clark and even Trump – they all looked like they wanted to be there more than the other guy. They burst onto stages and TV screens with a desire that made voters think they would be the best person for the job.

Observers often talk about charisma. Clinton had it. Key had it. Ardern has it in spades. Clark didn’t have it but it didn’t seem to matter. If you can’t be charismatic, be bold and strong. Helen Clark wasn’t charismatic. She was bold, strong and almost fearsome. And she wanted it more.

Here’s another idea. Opposing politicians need to choose their topics. You need to recognise that you are not going to make a king hit on every topic. So, you pick your battles. Winston was brilliant at this. You might not agree with his politics, but almost every voter would have known where he stood on immigration, what he wanted for our senior citizens, and his views on crime and policing.

We now live in a world where we consumers can see and hear as many experts as we choose. We get to watch and listen to the world’s best on almost any topic.

The competition for our eyes and ears is greater than ever. And so, if our politicians want us to take notice, they need to pick topics where they can look and sound as though they know what they are on about.

Ideas are good but new ideas are better. In most countries, the temptation for opposing politicians is to simply criticise the Government. While that goes with the territory to a point, good governance needs a contest of ideas. Bring ideas to the debate. What would you do in the same position? What is wrong with the Government approach and how would you do it better? If you are going to repeal what they do, what are you going to put in its place?

Rehearsal is key. You must be prepared at every turn. In a television world, you need one-liners and sound bites. Despite what we may think, they don’t come automatically.

Professional presenters and speakers craft their lines so they appear natural and memorable. That takes design and practice. I heard the Prime Minister answering questions about the Government’s failed poverty policies. She responded to the interviewer, saying “we’ve lifted 45,000 people out of poverty”. Even though the statistics say otherwise, she uttered these words with such conviction and confidence that the interviewer didn’t dare continue the line of questioning.

Do you think the “team of five million” was off the cuff? Of course not. It’s superbly drafted, well rehearsed, and rolls out with such confidence that no one challenges it.

If rehearsal is important, repetition is critical. Bang the drum. Over and over again. Trump was brilliant at choosing a few topics and repeating them so often that the information became believable. Winston was the same. Clark was even better. Consistent messages work.

Then you take the message to the streets. And you need to look for allies. People who are prepared to give you another chance. The voters who abandoned you last time. You need to go back and ask for a second chance. 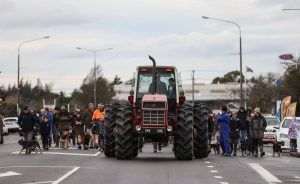 If I was the National Party, I’d start with the farmers. They walked away last time, but as the recent protest would indicate, they’re not too happy with where we are now. The party needs to go back to its roots and work on becoming acceptable and electable in the eyes of the farmers. That’s a great place to build from.

Of course, there’s a whole lot of other stuff. You need to lead with good orators. Eliminating the stirrers and leakers is essential if you want to get elected. Put your best people forward and encourage them to tell their stories. The National Party has plenty of good people with great stories. But we don’t hear from them.

And win television. That means everything from building relationships with the journalists to getting camera angles right. Simple stuff, done well. Visibility, energy, ideas, rehearsal, and repeat.

And finally, tell it like it is. Be open and honest. That’s how you become trustworthy. If you don’t know something, say you don’t know. Don’t try to fudge it. Ditch the PC stuff, the spin and the falsehoods, and get stuck into what is really happening.

And have some fun along the way. If you’re smiling you look better, and it all gets a bit easier.

This article first appeared in the New Zealand Herald on Saturday 31 July 2021.