In the middle of a chain reaction 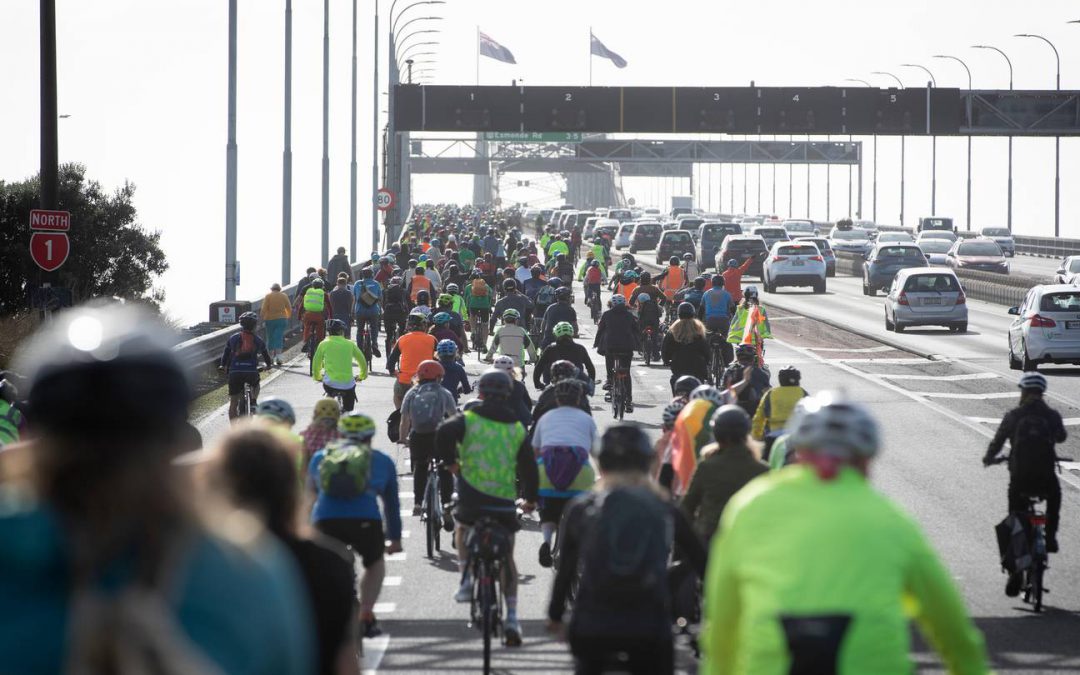 What is happening to our utopian little paradise at the bottom of the world?

I ask because I sense a restlessness we haven’t seen for a while. We have woes with water, and a lack of workers. Employers are upset with government plans for Fair Pay Agreements and to effectively ban migrant workers. Tauranga ratepayers are misbehaving at public meetings.

People get grumpy with governments all the time. “So what?” you might ask. Well, this time it just feels different.

Last weekend we saw more tension, as a large group of cyclists broke through a police barricade and foolishly rode their bikes over the Harbour Bridge.

It was unlawful, and if it weren’t for the horrendous flooding in the South Island, I’m sure the media would have made more of it.

Kiwis don’t often do this type of thing. We’re not like the French, who line highways with their tractors in protest a couple of times a year.

No, we are mostly compliant, law-abiding folk who roll with whatever punches our various authorities throw at us.

But in the cyclists we saw something different. Emboldened by the Government’s failure to fulfil its promise of a Skypath over the Bridge, they decided it was time for action.

Their decision to hold a rally was fair and reasonable. A peaceful protest. Acceptable and some would say appropriate when government promises and delivery differ so widely.

But you don’t ignore the police. And you don’t break the law.

I’m a cyclist. I took it up 35 years ago, solely to participate in triathlons. I ride a bike a couple of times a week to keep the heart and lungs ticking over.

As every weekend warrior who rides a bike knows, Auckland is far from a friendly cycling environment. I’ve ridden bikes throughout Europe and North America, feeling as safe as it’s possible to feel on two wheels. Meanwhile, with every ride back home, the “close calls” scare the hell out of me!

Sometimes those close calls occur because of inattention or mis-judgment. But every now and then it happens because there’s some idiot behind a car wheel who decides to see how close they can get.

You only have to listen to talkback when cycling is having a topical moment, to understand how many of us hate cyclists. Sometimes that’s because cyclists do stupid things. To be fair, from a cyclist’s perspective, I’ve seen plenty of other road users do stupid things too.

I’m annoyed with those cyclists who broke the barriers and rode the bridge last weekend. I’m annoyed because that single act made my time on my bike more dangerous — as it did for plenty of others like me.

You see, this week the cyclist haters are back. This time they have a reason. A thousand or so cyclists breached a police barricade and rode onto a motorway, causing a Sunday morning traffic jam from the Harbour Bridge to Greenlane.

The people in this city are already over sitting in their cars and going nowhere. Those Sunday drivers have every right to be upset with the cyclists.

I wasn’t in the traffic snarl-up. And I wasn’t at the protest. But I’m just as annoyed as many motorists. Because those cyclists are putting my safe enjoyment of the sport in jeopardy.

In the emotional debate that followed, I never heard anyone speak about the real issue.

Simply put, our transportation infrastructure is broken. Our Harbour Bridge, roads, broken tar-seal, even our footpaths, are no longer fit for purpose.

In fact, I would argue that the Harbour Bridge is a metaphor for the state of the entire transport network. The bridge was inadequate for the city’s needs when it was completed in 1959, so the hastily arranged “Nippon clip-ons” were added less than a decade later and 80,000 vehicles crossed the Harbour every day.

In the 50 years since, the city population has tripled and traffic on the bridge has more than doubled. But there is no more capacity. Just eight lanes. Despite years of talk there is no additional crossing. No cycleway. No walkway.

That bridge is starting to require more than the usual level of maintenance.

And guess what? There’s no alternative. Blame bad planning or failed politicians if you wish, but the reality is that we have to look forward and our bridge, and our entire transport infrastructure, is woefully inadequate for the needs of the city. 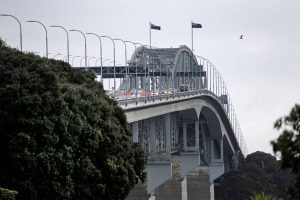 And infrastructure is now so expensive, and our country so newly indebted, that I doubt we can afford to develop the necessary transport links to complement those that are tiring and in need of repair. We’ve heard this week that the country needs $180 billion for water infrastructure. My bet is that transport needs more.

Unfortunately, our public transport is equally inadequate. Unlike some cities elsewhere, our transportation habits have developed around roads and cars. Auckland is not a place where we travel from A to B. We typically go from A to B to C to D and back to A in the course of a day. That is difficult to cater for without world-class transport infrastructure for personal use, complemented by an equally world-class point-to-point public transport system.

We’re building a new train line from the CBD to Mt Eden. At the outset, the anticipated cost was $2.8b. We’ve had a couple of blowouts since then and it’s my bet that the final total will be closer to $8b.

And as we all know, a train line from the CBD to Mt Eden is not going to solve the city’s transport needs.

The frustration of motorists and cyclists alike boils down to the fact that Auckland’s population has doubled in the last 30 years, but we haven’t built the roads and other infrastructure to cope.

This day has been coming for a long time and the most lamentable fact is that we don’t have an advanced plan. There is no second harbour crossing in the works. I’m told that even if there was one, resource consent alone could take 10 years.

Accordingly, we have to think of other ways to move people around. One third of the city’s population lives on the North Shore, which is serviced only by roads, a few ferries and one Harbour Bridge.

The North Shore doesn’t have rail infrastructure so there’s no point in starting that now.

We do need to maximise the existing roads and bus lanes. So, we need more parking near the bus stops. Akoranga is a great bus terminal, but it’s a long way from the houses and there’s no parking. Buses from neighbourhoods to the bus stations are intermittent at best. They need to be subsidised and run every five minutes in both directions.

Reliable. On time. All the time.

And by the way … do you know what is close to the residential neighbourhoods?

Water. We’re surrounded by water. And yet ferry services form only a tiny part of our current transport plan. We don’t need to build a water highway. It’s already there. And we don’t need to do much to maintain it. Because it refreshes itself every 12 hours.

No roads to build. No tracks or tunnels to maintain.

Many of the participants in this week’s debate have suggested a ferry running under the bridge for cyclists and their bikes. But ferries are a potential solution for the entire city.

Let’s use the North Shore as a pilot programme to see how much traffic we can take off the roads while the bridge is maintained and another is built.

Just think of regular ferries stopping every 15 minutes at Long Bay, Browns Bay, Murrays Bay, Mairangi Bay, Campbells Bay and Takapuna. We could link them up with the CBD, Mechanics Bay and even into the industrial areas of Panmure and Mount Wellington. Make sure there’s a bus to meet every ferry and vice versa.

You’d have to build a few wharves, so the greenies would need to get over themselves. And we’ll need some more boats. But it just might work and before long St Heliers, Point Chevalier, Howick and Massey could join the network.

I wouldn’t mind betting that you could do a hell of a lot for $400 million. That’s just 5 per cent of what the Mt Eden rail line is costing.

Oh, and the cyclists could ride on the ferries too.

This article first appeared in the New Zealand Herald on Saturday 5 June 2021.