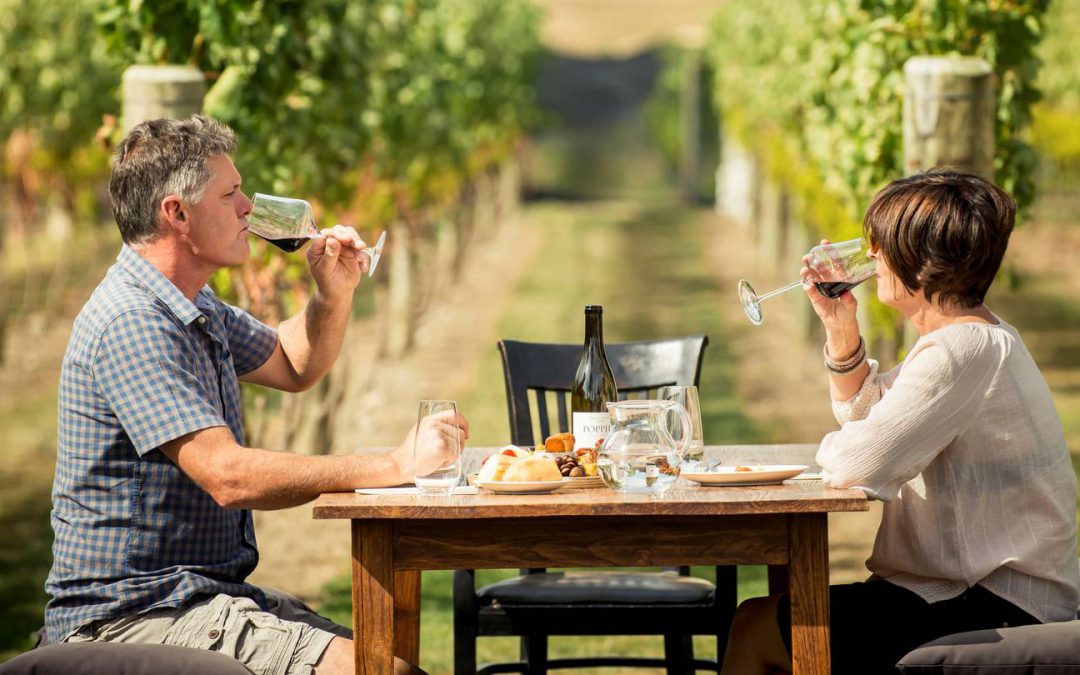 My kids bought me a voucher for Father’s Day. Because they both work in the city, they purchased it from a retailer in Auckland’s Queen St.

A couple of weeks ago, I was in the city for a series of meetings, so I took the opportunity to drop in to the store to check out what I might buy. My old sports sunnies are scratched, so a new pair was top of my list.

The store in question is what you would call a mid-tier sports and lifestyle brand. They’re outdoorsy, but not over the top like the other retailers at the bottom end of our most famous retail street.

I walked in the door at 2:30pm. I was the only customer in the shop and I chatted to the three friendly and helpful staff as we collectively decided how I might spend my newly gifted coupon.

I was in the store for 20 minutes. No one else came in during that time. The enthusiastic team serving me were really positive and I asked them if things were picking up. “No” was their collective and resounding response. As the conversation went on, I learned I was their second customer that day. And all I was spending was a voucher which had probably already been accounted for in an earlier day’s takings.

I chose a pair of sports sunglasses and handed over my voucher. They explained the warranty and thanked me for coming in. They then told me that my $200 spend made me their biggest customer that day.

We are hearing plenty of stories about the crazy growth in the share market, or the real estate business going gangbusters. New car sales are apparently off the chart and plenty of people are renovating their kitchens too, as cheap money combined with funds previously earmarked for that overseas trip are reallocated to something tangible that we can have now.

Of course, life in New Zealand is almost back to normal, or at least as back to normal as anywhere in the world. The UK is back in lockdown and the US is breaking records for Covid cases most days. Spain and Italy are back in the coronavirus spotlight for all the wrong reasons and Sweden’s miracle isn’t looking that miraculous after all. By all comparisons, we’re in great shape.

And then there are the vaccines. Or at least the promise of the vaccines. As it turns out, the trials are more positive than many of us thought possible and it seems we will have something to change the course of how we manage this thing in the year ahead.

But for every success story at the moment, there are many, many businesses finding the post-Covid-19 going pretty tough.

We tend to think that tourism and hospitality are suffering and that everyone else is okay.

But there is no doubt in my mind that the pain is real in many quarters and plenty of business owners, like the sunglasses retailer mentioned above, are suffering as much as the local bar down the road.

I just spent a week on the road, travelling around the country. As expected, the tour operators are dying. And I spoke to an accommodation provider who was fully booked for the month of November as far back as February of this year. But by the time we arrived last Saturday, we were his first guests for the month.

Along the way, I dropped in to an events management company that I used to do a lot of work with. I haven’t done much with them for six months now. But then, as they told me, they have had just two events since March 16.

Then I called in to a bike shop to check out the new range of mountain bikes from my favourite brand. As it turned out, the new models weren’t on show. The European manufacturers are closed and shipments have been delayed for the third time this year.

As you can imagine, all this bleakness had me questioning the recovery I keep hearing about.

I ended up in Martinborough, where, but for a decision made a few months ago, the annual wine festival was due to be happening. Like most other events this year, the festival was cancelled.

But the cancellation was not to be the end of it. Grabbing a lesson from the “it’s not what happens, it’s what you do about it” file, many of the local wineries put on their own mini events. Wine tasting, interesting food and entertainment in the form of bands and other acts, many of whom had planned to be a part of the festival before the cancellation, were all on offer, as if the cancellation never happened.

And guess what! The people still came. Crowds of them. People like us. People desperate for entertainment and experiences that we all once took for granted.

So my point is this. For all the good news that we’re hearing about government-funded infrastructure spending and surging property markets, there are plenty of us who are not finding it that easy. From the universities which relied on international students to the fruit growers who can’t get their fruit picked, our business community is having to find another way. Maybe, just maybe, your business is in the same predicament.

But in the spirit of the Martinborough wineries, and the customers who turned up to show their appreciation, we all have a role to play in making things happen while we wait for the new normal, whatever that may look like.

So look at your business and think outside the box. Sometimes you have to make your own luck. Ask yourself the question: what can I do differently?

And to those of us on the other side of the counter: let’s get out and support the businesspeople who are trying to make things happen. It might be the local cafe, the innovative motelier up the coast or the retailer that is always trying something new.

Because for the foreseeable future, we are the only market they have.

This article first appeared in the New Zealand Herald on Saturday 21 November 2020.