Lessons in Leadership from the World’s Best Sports Team. 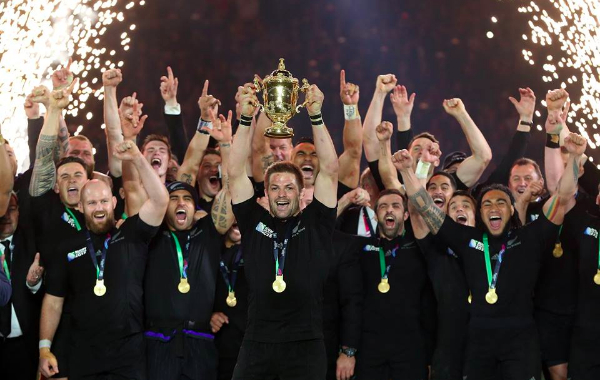 Even before they won the 2015 Rugby World Cup final on the weekend, they were regarded as the most successful professional sports team in history. In the history of rugby union they have won 77% of test matches. However in the professional era they have won a staggering 84% of their matches. From 2010 through until 2015 the number is 89%. They just keep getting better. I refer of course, to the team of the moment, New Zealand’s All Blacks.

In observing this team from the outside there are plenty of lessons for business. Here are a few of them.

Lesson: Be clear about what you are trying to achieve.

Lesson: Make sure your people know what you are trying to achieve.

Lesson: Always act in a manner that is consistent with your aspirations.

Lesson: Break the big goal down into smaller steps along the way.

Lesson: Get the right people on the bus.

Lesson: No individual is greater than the sum of the whole.

Lesson: Once you have the right people, back them unconditionally.

Lesson: Don’t ask your people to do what you don’t do.

Lesson: You are only as good as your next deal.

Lesson: Take care to induct new people, ensuring that they understand the culture and aspiration of the group.

Lesson: Well-intentioned failure is ok as long as you learn from it.

Lesson: Your people must understand their role in the successful execution of outcomes.

Lesson: Celebrate small wins, but not at the expense of the main goal.

It is often said that there are lessons in sport that attach to business and vice versa. There is something special about a team from a small country of 4.5 million people that can boast the best winning record in professional sports. They might just be worth copying. Just look at some of the points above and think about your business.

I am yet to see a business that does half of these things as well as this particular sports team. They are not only a beacon for other sporting organisations. They are an outstanding example for business.

We would all do well to learn from their behaviour.