Managing Stress in the Workplace 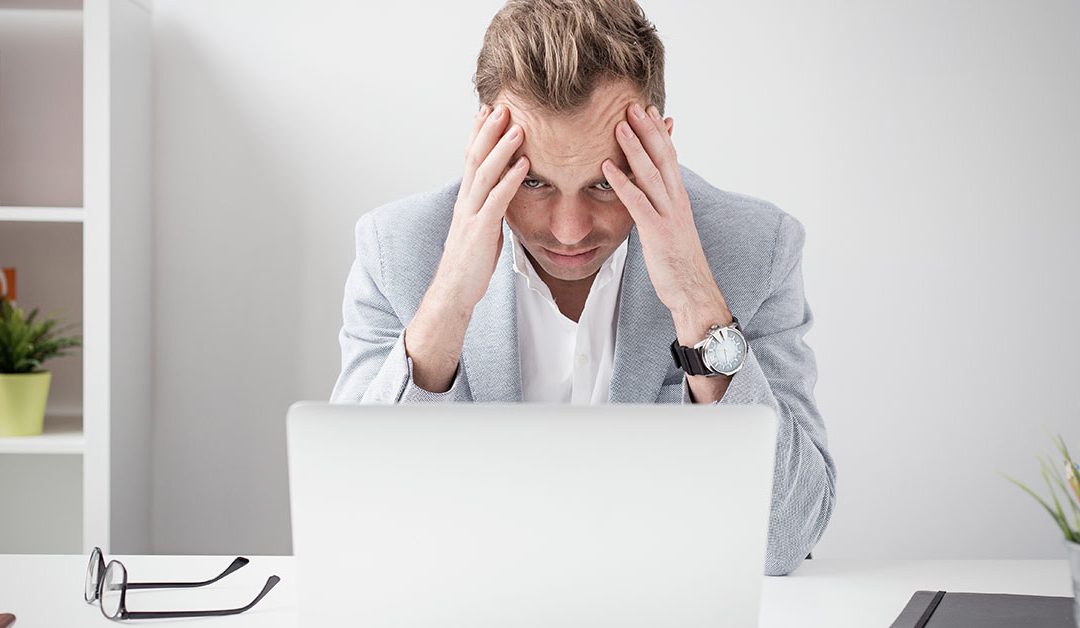 Like many of us, I spend too much time sitting at airport lounges. Usually, like most people, the travel is for business purposes. I heard someone say once that the only exciting business trip was the first. I suspect we all feel that way sometimes.

So, I was sitting in the lounge at some ridiculous hour of the morning, waiting to be taken to wherever I needed to go. I had a bit of reading to do, so I decided to set myself up at one of the cubicles. They’re positioned in a quieter part of the lounge and seem to be designed to enable frequent flyers to get a bit of work done in relative peace.

The guy sitting beside me didn’t seem to be enjoying the peace at all. Pre-flight, his focus was on a spreadsheet. As he sat there reviewing, changing and updating, I could tell that he was flustered. He sighed out aloud a couple of times. He then went to get coffee. Not once, but twice, in the space of ten minutes. On second thoughts, I don’t think he was flustered. The word I was looking for was ‘stressed’.

I sat there quietly, concentrating on the document that I had to read and trying to stay out of his way. I could tell that the last thing he needed was an interruption.

And then he got one. Although I assume he was expecting it. Another man, taller and better dressed, entered the cubicle zone and headed straight for the man sitting next to me. He looked like someone who wanted to be the boss. Everyone’s boss. Not because of his personal presentation or the way he carried himself. Rather, he looked like he was grumpy with everyone.

The man next to me spoke first. “Good morning Dave” he said. “How are you this morning?”

The boss replied with a growl in his voice. “We’re sitting over here” he said. That was it. No ‘hello’. In fact, no attempt at a greeting at all. Just an implied direction.

As the boss turned away and left as quickly as he had arrived, my neighbour hastily packed up his laptop and his assortment of papers, pens and digital devices and hurried off in the same direction.

I couldn’t resist following, just to see what happened next. Sure enough, there were now four of them, and their smartly monogrammed shirts indicated that they were all from the same Company. The man who I had identified as the Boss was clearly that, and he was issuing various instructions to his colleagues in a manner that suggested they had better do what he said.

That was the last I saw of them. However, I couldn’t help but think… it doesn’t take much of an effort to say, ‘good morning’.

If 2018 was the year that brought harassment in the workplace to top of the agenda, then 2019 has done the same for mental health.

It’s no surprise that plenty of people struggle in the workplace for a variety of reasons. Many get promoted beyond their capability or capacity and find it difficult to get on top of things. Others have problems outside of work that impact their ability to do the job. Then there are those that just don’t like their boss. Some can’t even explain why they can’t cope.

One of the most important things we can do as managers and leaders is to create a workplace environment where our people are equipped to do the best possible job that they can do for us. That means making them comfortable. Not in the sense of blankets and cushions, but comfortable in the sense that they are happy and secure in the working environment that we create for them.

I once spoke to a person who told me she was worried about losing her job. I told her that I found that surprising as she was one of our very best people. I reminded her that she had won awards and received bonuses and trips to celebrate her performance. She said losing her job was one thing she would not be able to cope with, so that’s what she worried about.

I’ve always thought I was good at the communication stuff. I certainly make the effort to be good at it. But this little exchange highlighted to me how much of an effort we must make to get the important messages through to our people, and how we must constantly remind them that they are critical to the business and its ultimate success.

Those of us in management roles can easily forget that we have access to information that our people don’t. And it’s important to understand the ‘personal comfort’ that comes with access to information about the state of the business and the Company’s plans. That knowledge makes us informed about what will and won’t happen. However, in most cases, our people don’t have the luxury of that same information. As a result, they don’t know what the plans are, and so they turn to what’s important to them. In most cases, they worry about their job.

There are some simple things we can do to take away these unnecessary stresses from our people and to make them feel valued. First up, we should make them feel informed. Give them all he information that we can about the business and how it’s performing. We should make sure that they understand the business plan and how their role contributes to the successful execution of that plan. As we move forward, we should keep them updated on progress and make sure they know when we are being successful.

And, most important of all, we should say hello. Walk into the office in the morning and say good morning out loud as you move past each and every person. If you notice someone whom you sense might be struggling, drop in to their desk and see how they are getting on. Making the effort will make all the difference.

As the old American sales trainer, Zig Ziglar once said. “Your people don’t care how much you know, until they know how much you care…about them”.

This article first appeared in the NZ Herald on the 6th December, 2019.