Small business paying the price of the coronavirus fight 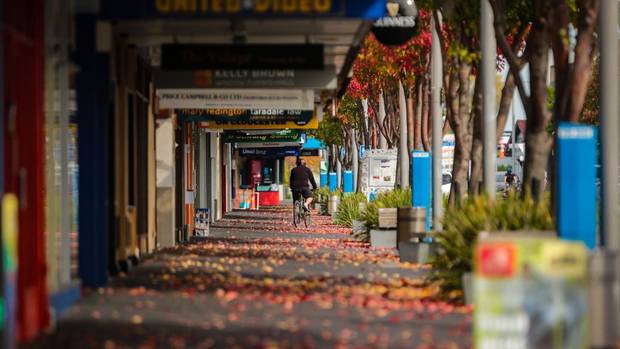 I try to stay away from matters of politics when I write. But the events of the last few months, and the last few days in particular, are making it hard for me to keep my distance.

The reason is simple. Politics, and our politicians, are intervening more and more in the lives of business people. And not in a good way.

In the last couple of weeks, I have spoken to about thirty business people, operating a range of businesses in various parts of the country. Most have been surprised that their businesses have bounced back ‘post-lockdown’ more quickly than they had anticipated. The majority have been running at 75 to 85 percent of what they had previously expected for this time of the year. With lower costs and the subsidy to help them, they felt it was going ok.

However, they all had one thing in common. They all felt that something was coming. They didn’t know what it looked like, or when it would arrive. But in a world where many other countries are getting back to work despite the ongoing global march of the virus, there has been an uneasy feeling about our continued isolation from what many are seeing as a global reality.

The decision to lock down Auckland again might be the last straw for some of these people. This time the announcement caught most of us by surprise. We went from having no cases for 100 days, to several days of ‘media warm-ups’ about a likely re-occurrence and advice about masks. Then wham! Four cases. And fifteen hours’ notice to shut up shop once more.

One family. Four cases. Instant lockdown for a few days and no doubt more to come. If you think it sounds tough, you’re right. Because it is.

I hear the minority saying it’s great that we’re moving quickly. Hard and early is the theme. Which is great, except that, behind the slogans our execution has been poor.

Ah yes … execution. Most of us have heard stories about people walking through the airport in the months of April and May unchecked. Most received a small flyer – the size of a post-it note – advising them of a phone number to call if they felt unwell. I know of a couple of cases; a family friend who flew in from New York, and separately, the daughter of a friend, who both walked straight through Auckland airport unchecked. Both instances occurred in the middle of our lockdown.

Business doesn’t need this. I feel greatly for the tourism providers whose previously successful businesses are now empty shells. Good people who created great businesses, employed people, and showed our tourists a fantastic time. They’re now arguing with their bankers about their survival, and they won’t be back to anything resembling normality for a long, long time.

But in the latest lockdown decision we risk the demise of a number of other businesses. Those that have just started to get back on their feet. I’m thinking of the pubs, bars and restaurants. And the people operating gyms, hairdressers and motels.

And then there are the retailers. Retail was already a tough game before Covid-19 came along. And it doesn’t matter whether you live in Auckland, Tauranga, Cambridge or Whangarei, the high streets are littered with ‘For Lease’ signs sitting in the vacant spaces once occupied by somebody’s favourite shop.

As if Covid-19 isn’t enough of a shock for the retailers and restauranteurs, in some suburbs of our biggest city, such as Takapuna, the end of lockdown brought decisions from our unthinking councillors to shut down the retail strips in order to commence non-urgent road works. Yet more pain for those whose businesses had already been closed for seven weeks.

Sooner or later we will have to let the rest of the world in. Our economy will depend on it.

The businesses we’re talking about here are mainly privately owned. Most of them are family businesses that create a few jobs and provide a service for people living in their community.

During the last few weeks we’ve seen many of these people, the heroes of small business, closing their doors for the last time. I have no doubt that more will follow over the next few weeks. And somewhere in the halls of power, someone with little or no understanding of business, will again make the point that their businesses weren’t strong enough to survive a downturn.

When New Zealand went into lockdown the first time, we were told that it was necessary to slow the spread of the virus to a point that enabled the health services to prepare for the anticipated influx. As we now know, the health service coped just fine. Because we didn’t have many serious cases. But for some reason, we moved our focus to elimination, a strategy which of course, carries a greater need for sacrifice.

And we are now living that sacrifice, a sacrifice that includes a debt mountain that has tripled in the last six months.

As we have seen by recent announcements, some of our politicians are fanciful enough to think that raising taxes will facilitate the repayment. However, most of us know that the only way we will repay the debt, is by enabling the growth of our business community and it’s economic engine, in a way that lifts the entire country. And of course, any solution will have to include a revitalised tourism sector.

So, sooner or later we will have to let the rest of the world in. Our economy will depend on it. In a world that hasn’t been able to vaccinate for Aids, Ebola or Swine Flu, the reliance on a vaccine to one day kick start our economy seems foolhardy. And so, we have to accept that our visitors will eventually return with the virus on board.

And we will have to learn to live with it.

I heard a radio announcer suggest that we have an economic calamity masquerading as a health success. I think he was right. We have to find some middle ground somewhere.

We need political leaders, both nationally and locally, to start thinking about that economic calamity, the impact on business owners who can’t be bailed out by subsidies forever, and how we are to rid ourselves of the debt mountain we’re building while we wait.

A Clinton advisor once coined the phrase, “it’s the economy, stupid”. Many business owners will be reciting those same words as they urge our leaders to come up with a new strategy.

This article first appeared in the New Zealand Herald on 15 August 2020.