Truth – the first casualty of politics 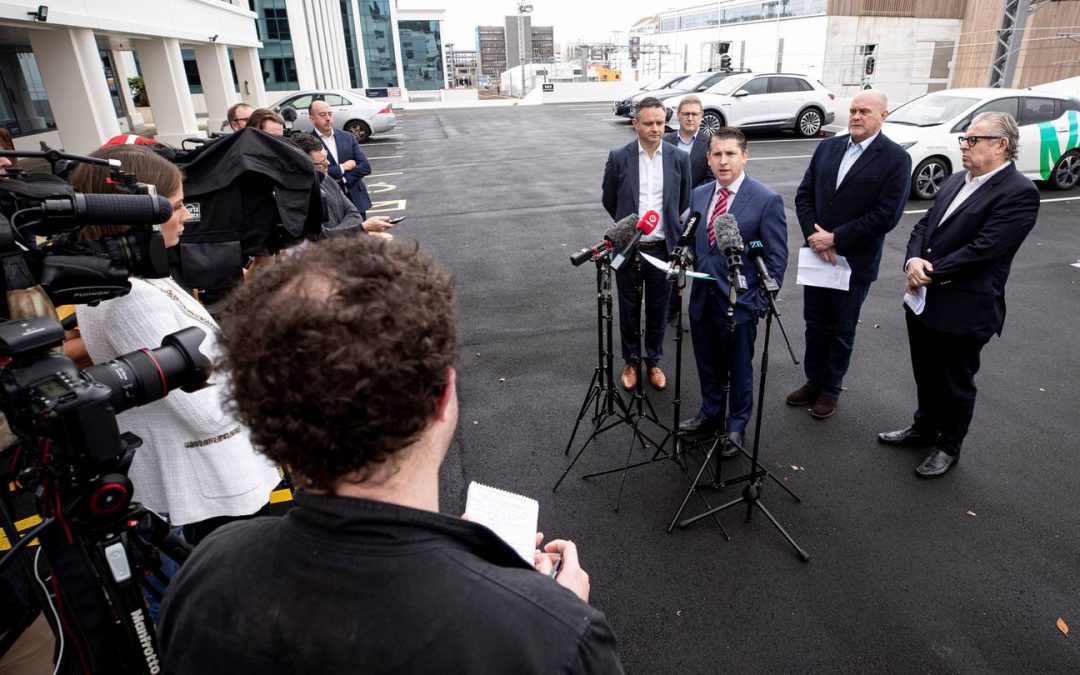 I don’t know what to believe anymore.

It’s a sad reflection of the times we live in that there is an industry of fact-checkers. These usually come in the form of online services that you can access to check the facts surrounding something you’ve seen or heard.

In a world where documentaries, the current affairs reading material we choose, and even the words of our elected officials, don’t always present an accurate view of the facts, fact-checking has become a necessary service.

The fact-checking business was given a boost during the Donald Trump presidency. Amid his regular claims of fake news, he urged supporters to check the facts. Of course, checking the facts ultimately showed up many of Trump’s claims too.

I recently watched the Netflix documentary Seaspiracy. Its story was fascinating, but it was also a movie whose claims surprised me so much that I went to the fact-checking websites myself, seeking the truth. I even found myself “fact-checking the fact-checkers” as I searched for the real answers to my questions. As it turned out, the movie was more accurate than I anticipated.

This little exercise highlighted my main concern about an open and free media. We live in a environment where anyone with a mobile phone and an ability to write can be a publisher. And there are many mechanisms to distribute one’s opinions, most of which rely on some form of social media.

As a result there is more information out there than ever before, none of which has been subject to the normal safeguards around checking what is true and what is false. And unlike the news-gatherers of old, there is no obligation on the new age publisher to be accurate. Or honest.

In my opinion, this puts an even greater onus on the traditional media to call out the inaccuracies. Now, more than ever before, they should be our unchallengeable source of the truth.

In fact, while the old media companies are busy trying to find ways to remain relevant, I suggest that there is an obvious path for them: honest, accurate journalism that can be relied on by readers, viewers and listeners.

That path extends to include the need to hold newsmakers to account and to challenge the announcements and commentary coming from our decision-makers, to ensure that we, the people, are getting the right information.

In an environment where many in our media are failing to do that, our political leaders are getting away with misleading the electorate in a manner that is damaging to the future of the country and its people. And the more they can get away with it, the more it happens.

We have to accept that we have a majority Government. That being the case, they are free to pursue whatever agenda they wish, provided that agenda is consistent with the manifesto on which they were elected. However, as they do so, we should at the very least expect them to tell us the truth.

Sadly that is not happening. Just think about the following phrases.

Lately, the misleading rhetoric has continued to pour out of Wellington. I was very surprised to hear that “the cost of those roading projects has doubled since last year”.

And a couple of weeks ago we were advised that “we’re building a pedestrian and cycling bridge over Auckland Harbour”. I suspect that the graphic artist’s impression of a pedestrian and cycling bridge over the Waitematā Harbour was nothing more than a hastily arranged attempt to quell the noise generated by the cyclists’ invasion of the Harbour Bridge a few days earlier.

The cycling protest and the Government’s almost laughable response continues to generate headlines some three weeks later. But to those of you who are still annoyed about the new bridge, don’t worry — I doubt it will ever be built.

This week’s clanger, and one of my favourites to date, came in the aftermath of the electric vehicle tax announcement. Live on breakfast TV, the Prime Minister was defending the new tax on petrol and diesel motor vehicles.

During the conversation she justified the tax by suggesting that people who could afford to pay $80,000 for a vehicle “are in a better position to be able to pay” the tax. I never knew that tax in New Zealand was based on affordability.

But her follow-up comment was the one that had me reaching for my Top Gear magazine new product catalogue. Again, in the haze of justifying her Government’s increased tax on new vehicle buyers, she then said that “within the next 12-24 months, Toyota are talking about bringing in EV utes”.

Standing alone, such a comment may not have seemed out of place, That is until the head of Toyota came out and said it wasn’t true. They are continuing to work on hybrid vehicles, he said. But EV utes? Not that he was aware of.

Full marks to Heather du-Plessis Allan, who on her radio show played the Toyota man’s comments and showed up the PM’s comments for what they were. Misleading. Not enough of our journalists are doing that.

Ten years ago such a blunder would have resulted in calls for the PM’s resignation. Even today, if a similar statement was made by the leader of the National or Act party, the lefties in our media would rage for days.

For most of us, when we make promises we should at least have an understanding of how we are going to deliver on them. For our current crop of political leaders, that doesn’t appear to be a consideration. In fact, they appear to see the ill-informed landscape not as a chance to put things right, but an opportunity to further confuse and mislead.

That’s a great shame. I don’t want much from our politicians. But I do want them to be people who tell us the truth, who give us the best information they can give us, and who make good decisions on behalf of the electorate, without hidden agendas, dishonesty or bias.

The problem with misleading people is this: the more you get away with it, the more likely it is to continue. At its worst, we must prepare for a Government that deliberately and frequently lies to us in order to hold on to power. Such behaviour, left unchecked, would put us into irreversible decline.

I really feel that New Zealand should be above this. We’re a long way away from everywhere and it’s sad that we have reached a point where we need to be calling out our politicians for their misleading and disruptive behaviour.

Something needs to change, whether it’s the media or the politicians or both. But I am becoming fearful for the future of our country.

This article first appeared in the New Zealand Herald on Saturday 19 June 2021.