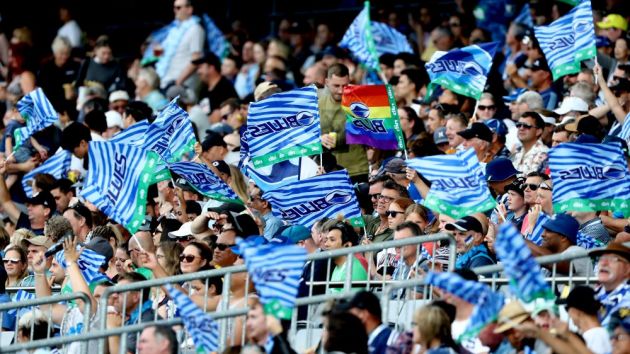 Somewhere in the distant fog of my memory is a dim recollection of the highlights of my high school years. Some memories stand out. Others less so.

One piece of nostalgia that is easy to overlook was my attendance at Economics class. I was in what was then called the 7th from, and among the highlights most days was my participation in what I subsequently learned was stage one university level Economics. These sessions were accompanied, in my case, by a complete lack of understanding of anything the teacher seemed to be talking about. A situation, it turned out, that was common among many of my peers.

It was in these discussions that I was tasked with learning about terms such as supply and demand, inflation, monopolies, and elasticity. In fact, this subject seemed to have more words with unique meanings than any other subject I had encountered.

And among the many economic theories that were pushed at us, was one which, like many of the others, gradually emerged out of the fog and into my conscious understanding once I had entered the real world. This most revealing, but then misunderstood, term was the economic principle of ‘scarcity’.

In eco-speak, scarcity refers to the gap between limited resources and limitless demand. In other words, when the consumer wants access to goods or services that can’t be supplied, we have scarcity.

The principle of scarcity can be applied to shortages of available land for growing food or creating transport networks. Scarcity is also at work when labour shortages can affect the fruit-grower’s ability to pick their crop at the opportune time, or when certain toys are sold out at Christmas before everyone who wanted them managed to buy them.

Last weekend we saw scarcity in action and delivering a positive rather than negative outcome. People flocked to Forsyth Barr Stadium and Eden Park respectively, in a direct response to the scarcity of live sport over recent weeks. Similarly, retailers whose stores have re-opened after two months of lock-down, have reported huge uplifts in sales compared to last year.

In both examples, the overwhelming responses of customers will be short-lived. The reason is simple. These reactions are the result of short term scarcity. In other words, as we have all learned, when you are in lockdown for two months, the opportunity to escape and do things that you otherwise might not have done becomes extremely attractive.

Those of us that exercise can’t wait for the closed gym or swimming pool to re-open. And a closed library will do more to get us thinking about reading than an open one. The reason is that we all want what we can’t have.

The theory applies to business as well. I remember when I was in the publishing business. One of our magazines was losing money because we couldn’t sell enough advertisements. We therefore decided that a rebrand and relaunch was necessary.

As part of the relaunch, we went out to the market with our glitzy new look and told our advertisers that there would only be 38 pages of ads per issue. Limiting the number of ads was unheard of in the magazine business as you can, in theory, make the magazine as large as you want with as many ads as you want.

We also told advertisers that the only way they could be in the new-look magazine was to make a 12-month commitment to advertise in every issue and to do so at full price without discounts.

Despite apparently making it more difficult than ever for our advertisers to support the new-look publication, our first meeting resulted in one of our fragrance and beauty clients buying 12 pages per issue. Then a motor vehicle importer bought another six pages per issue.

You can guess the rest. Our magazine, that had been losing more than half a million dollars per year, was suddenly making two million dollars from the very first issue. And once the new-look magazine hit the shelves, we were turning advertisers away because we were full. And the more we turned people away, the more they wanted it.

There’s an old saying that goes like this. “We want most, what we can’t have”. And it applies to business as well as life in general. I see plenty of businesses doing more and more for less and less. Providing more services or product for fixed and sometimes reducing prices. Usually we do so with the very worthwhile intentions of keeping our businesses going and our people in jobs.

But ask yourself the question. What would happen if you went to your customer and said that they can no longer have what you provide? If they can simply go somewhere else to get the same thing at the same prce, you don’t have the leverage you need to be in control of your destiny. But if they have no other option than to deal with you, it might be timely to suggest some new rules.

Of course, the customer will want something in return. In the magazine example above it was a new look product. But it might be an offer of exclusivity, improved delivery times or a modest design change that, when coupled with the alternative of being excluded altogether, is enough to swing a new arrangement with better margins and a more appropriate return.

We all have customers that need us for our service more than we need them for the return they provide. In the post lockdown world, it might be timely to try to restore the balance.

This article first appeared in the NZ Herald on the 19th June, 2020.