Was latest lockdown cruel to be kind – or just cruel? 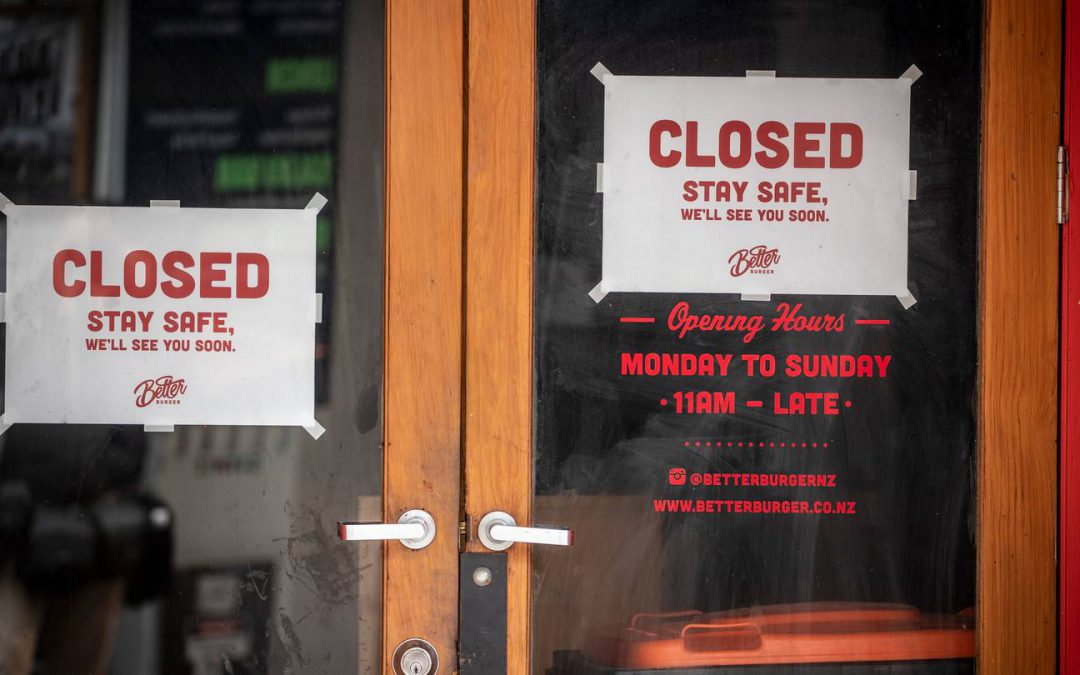 Our business chatter over the past two weeks has been dominated by the downstream impacts of one event. Specifically, the Government decision at 9pm on a Saturday night to lock down Auckland, and to a lesser extent the rest of the country, effective from the next morning.

Think about this for a moment. Sundays are the biggest trading day for most of our cafes, and many of our retailers — businesses already hit hard by the events of the past 12 months. By Saturday night these small businesses have supplies ordered and mostly delivered. Payments for product become due at this point. People are rostered on for their Sunday shifts. Promotions have been advertised.

On this particular Saturday night, Round the Bays participants and sponsors had paid for their tents, food, rented barbecues, bouncy castles and plenty of other things to feed, rehydrate and entertain participants.

Sunday weddings on Waiheke Island, many with guests already having arrived on the island for the weekend festivities, were abruptly halted. No matter that food and venues were already committed and in many cases paid for. As one victim of a lockdown-induced cancellation told me, “I’ve already paid for the wedding, I just didn’t have a wedding”.

Yes, the lockdown called because of an errant gym-going university student and a panicking Government acting before it had all the information, was our cruellest yet. That’s right. Cruel.

Cruel to the very business owners who have suffered as much as any of us in the past 12 months. I find it staggering that here we are, one full year later, and with hardly any cases, with a strategy that hasn’t evolved beyond the brutality of lockdown.

It was on this weekend last year that stock markets tanked, the Melbourne Grand Prix was cancelled and New Zealanders were told by our politicians to come home. I remember the day well. I was in Melbourne that morning, having travelled extensively on a two-week business trip to the United States and Australia. On my return home, I was surprised that I was able to walk straight through the border and go home. No warnings, no information. Nothing different at all.

Lockdowns, as I recall, were invented shortly thereafter, with a stated purpose of easing the flow of Covid-19 patients into our hospitals. Of course, the flow never came. Some say that’s because we managed it well. Others cite our lack of population density and the virus striking at the end of a hot and humid New Zealand summer.

And so, here we are one year on and I find myself questioning whether we have really made that much progress at all. Instead of using our relative “Covid-free status” as a mechanism to create opportunities and move quickly forward, that same status appears to have become a handbrake of sorts, something we must defend.

The aspect I find most surprising is the conversations we are not having. That is, we allegedly have these highly contagious variants of the virus, that have travelled through our supposedly impermeable borders, and yet we have just five deaths in the past 10 months, only one of which has occurred since September, very few hospitalisations, and based on the adventures of the Orewa wanderers, a Papatoetoe school and the errant gym-going MIT student, little in the way of community infection.

Has anyone stopped to ask the question: why is this thing not doing more damage?

Instead, we continue to react to every single case with the bluntest instrument of all, the lockdown. I wonder if the people who make these decisions really understand the impact of their panicked calls. On business. On employers. On workers. The people responsible for the livelihoods of our communities and the economic success of our country.

We now give more media attention to epidemiologists and microbiologists than we do to economists (which is saying something in this housing obsessed country). These people are scientists. They’re supposed to ask questions, investigate, analyse and work things out.

I’m not a scientist. But I haven’t heard anyone ask the question: is this virus really as contagious under New Zealand conditions as we are being told? The anecdotal evidence from our last three community “outbreaks” would suggest that the answer is no.

It seems utterly nonsensical to limit the trading activities of a reception venue in Wanaka, a sports stadium in Wellington or a pub on the West Coast, at less than 12 hours’ notice, because someone who’s had the virus for four days went to the gym in South Auckland

When we cancel a sporting event we cancel the earnings of the hot dog stand and the stadium drinks vendor. When a wedding is postponed there are losses incurred by everyone involved — the reception facility, the food supplier and the band. The list goes on.

A lockdown further squeezes our national airline and the livelihoods of the provinces we travel to. So, the airport cafe owner, the motelier, the taxi driver all miss out. Every time we Zoom a meeting instead of attending in person, there’s money that doesn’t get shared around and people providing goods and services lose revenue.

Meantime, the extremes continue. We should applaud Waikato University, where they are trying to recover their $280 million overseas student business by establishing their own MIQ operation. At the same time, however, we are rejecting a superyacht in need of a refit because their Covid-free crew of 20, who can self-isolate at sea, represent too big a bubble for us to cope with.

This article first appeared in the New Zealand Herald on Saturday 13 March 2021.