Where are the Leaders as NZ Crumbles? 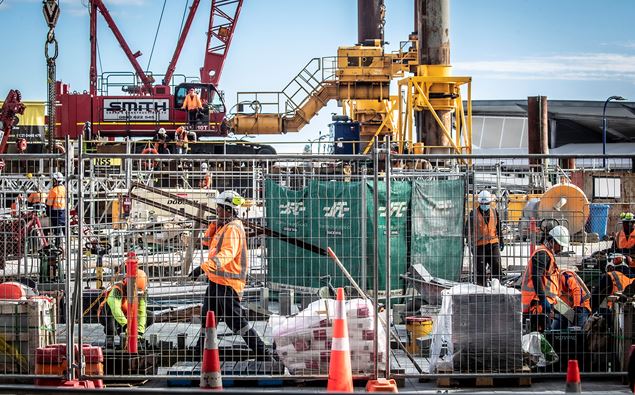 We’re seeing a lot of things breaking down at the moment. I’m not sure if it’s more than normal or if we’re just reporting it more, but it feels like we are failing a lot.

We Kiwis can be a pretty laid back people. But it feels like our public services and infrastructure are deteriorating around us and it should be something that gets our backs up and our voices heard.

In the last few months we’ve seen the Auckland water crisis come to a head. In a city where it rains so much it seems unthinkable that we still only capture about four percent of what falls from the sky. Despite our various government departments and city officials crying out loud about climate change for the last twenty years, they have failed to apply that same urgency to the availability of water. Instead we choose to blame the drought.

And despite our recent propensity to pat ourselves on the back for our response to Covid-19, the reality is that that response has been fraught with mis-steps and errors. Early on there were blunders at the border, where travelers from heavily infected cities such as Rome and New York, walked through our airports and set off for home without so much as a question being asked of them.

Beyond that we’ve had some unexplained cases in isolation hotels, escapes from quarantine and travelers who have continued to come to New Zealand, only to be found to have been infected when they arrive here. And then there was the announcement (later corrected) that everyone from South and West of Auckland needed a Covid-19 test.

But the blunders continue. A central Rail Loop in Auckland that will end up costing three times the $2.8 billion we were originally promised. Or a $1.5 million report on the future of Ports of Auckland, only for no decision to be made or action taken as a result. The list goes on.

Our capacity for failure is not limited to Auckland either.

We’ve seen the government’s anchor policies on housing and poverty in tatters as a result of the inaction that followed the promises. The Hawkes Bay has similar problems with water to what Auckland is experiencing. And, as if the poor city of Christchurch hasn’t had enough to deal with, the operation of it’s DHB is a complete fiasco.

I’ve just spent a few days in Christchurch. It’s almost ten years now since an earthquake wrecked the inner city and took plenty of lives with it. Ten years. And yet the roads are still a mess, sites sit empty with nothing but a bit of gravel to show for their years of waiting, some old motels are only just being demolished and the cathedral still lies in ruins at what was once the city’s heart. Hagley hospital took two years longer than planned to be completed. And the city’s champion sports teams are still playing in a cold and characterless temporary arena.

Somehow, in a world where everyone carries a supercomputer in their pocket, a gust of wind is apparently enough to put the country’s most critical piece of roading infrastructure out of action. At first it reminded me of the “leaves on the line” derailing the United Kingdom’s autumn trains.

The crippling of the Auckland Harbour Bridge last week resulted in a bewildered Transport spokesman appearing on the evening news with the comment that “they don’t have a plan, and any plan that is developed would have to be peer reviewed and therefore would take some time before it could be put into place”, or words to that effect.

So, while the rest of us sit around our boardroom tables frowning over risk matrixes that consider everything from another earthquake to someone slipping over in the lobby, these guys don’t even have a plan for the failure of the nation’s most critical piece of roading infrastructure.

And where was the information for the city’s commuters? We have more information about how to get to Eden Park on a Friday night, than I have seen as a result of the recent mayhem on the Bridge. What were the people who needed to get to work or to school supposed to do? More buses? Some enhanced ferry services perhaps? Don’t know. It’s called a communications failure.

And by the way, in case you haven’t noticed, the trains aren’t working either.

Unfortunately, we live in a society where political parties can make promises galore, only to sweep them aside under the guise of ‘coalition negotiations’ once elected. As a result we get no real plan and no real accountability.

And so it seems that we are destined to live in a wonderful part of the world with an inadequate public service and, as a result, a failing physical and intellectual infrastructure. A country where we can aimlessly throw billions of dollars around for a political motive such as the Provincial Growth fund, and then tens of billions more in an unplanned and panicked reaction to a pandemic. But at the same time we refuse to fund modern day necessities such as rescue helicopters, ambulances or even the wonderful drugs that Pharmac could access, if only they had the money.

Some of these officials want us to pay more taxes or increased rates on our homes. I have to say that I’m not that impressed with what they’re doing with the money we already send them. They shouldn’t have permission to ask for more.

Of course, they will continue to talk, make promises and deliver excuses. But what we really need is action. It really is time to expect more from our senior public officials.

It doesn’t matter whether we aspire to be “100% Pure” or “The world’s most livable city”. Slogans are easy. We need good people, with clear plans, and strong leadership and we need them quickly.

This article first appeared in the New Zealand Herald on Saturday 26 September 2021.