How to Pick the Best Person for the Job 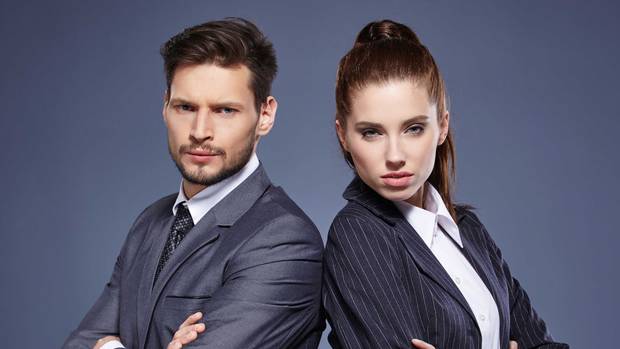 I was recently involved in a Board Appointment Panel for a voluntary organisation. In the lead up to the interviews, I received an email from a sponsoring party regarding the process we were about to engage in. The email implored me to keep in mind that the organisation’s preference was one of equal representation among male and female appointees.

I must admit that I surprised to receive such a note. I thought it was insensitive and lacked foresight, especially given that the organisation in question already had a fifty – fifty composition of male and female appointees.

It also failed my standard test, that I would like to think I have honoured for a long time. That is, that you hire the best person for the job, irrespective of who they are or where they are from.

As the Me Too movement took hold a few years ago, I heard of one employer that responded by deciding not to employ any women. That was their way of dealing with the risk of harassment issues arising in their workplace. Such an approach is the absolute opposite of what we want to have happen. In fact, I would go as far as to say that such thinking is backward-looking and bad for business.

At about the same time, from the candidate perspective, I also heard of female university graduates seeking their first jobs in professional services firms, being worried that they might miss out on opportunities as a result of Me Too. My observation would be that the opposite has happened and some firms are so determined to ensure that they get the gender balance right, there is a risk of capable young men missing out instead. But that’s another story.

These events of the last two or three years have made me, and plenty like me, review our own approaches to recruitment and the process of employing people. It’s even made me consider my own potential biases.

As I have done so, I have concluded that I do have preferences, particularly regarding a candidate’s education, or my observation of their energy levels. I also engage better with people who are clearly bright or well prepared. But, all things being equal, I can’t recall hiring, or not hiring, someone because of their gender.

I say “all things being equal” because I can recall a few cases where I did hire someone because of their gender. It’s a fine line. But each of those latter cases have been in regards to Human Resources roles. In those cases, I have typically tended to prefer hiring women.

The reason is simple. My experience suggests that women are better in those roles. Women are more sensitive in dealing with ‘people’ issues. They are more perceptive to things going wrong in people’s lives. As a result, I think that female HR managers are more proactive in solving people problems.

Notwithstanding my views about my own hiring tendencies, I have no doubt that there have been plenty of cases where women have missed out on roles that should have been theirs, solely because of their gender.

And of course, we now have such a major focus on correcting these wrongs of the past, that I have seen many cases of a woman applicant being preferred to a man, irrespective of credentials.

I think that there’s a better way. I have always been a fan of hiring the best person for the job. Irrespective of gender, or for that matter race, religion, or favoured pastimes. The most important part of the recruitment process is to get the right person.

Surely, if our focus was on hiring the best person for the job, rather than on hiring a male or a female, we would restore the balance in our workplaces more rapidly than any artificial attempts brought about by favouritism or quotas.

My belief is borne out by the fact that there are plenty of female candidates who are more than a match for their male counterparts. And the very fact that they are there on merit is critical to how those executives, both male and female, are viewed by their colleagues and their people. People hired on merit will undoubtedly deliver better business performance too.

Getting the right gender balance is really important for any organisation but I suspect it will never be perfect. Logic tells me that most builders will probably be men, and most nurses will probably be women. In other words, there are some occupations where common sense dictates that you will never get the gender mix equal. The reason? Sometimes the best person for the job will be woman. Other times, it will be a man.

But recruiting people is hard enough. We are fortunate to live in a time where unemployment is low, but that means that skills are scarce. I have seen countless organisations complicate an already difficult employment challenge, by trying to meet gender balance criteria that risk the very balance of the employment process.

In my recent experience, there are many good people, both female and male, presenting themselves for roles at every level. There is often little to separate the best candidates. And if you genuinely have trouble deciding who is best, that’s when the desire for diversity criteria can add value to your decision and ultimately to your organisation.

However, if there’s a clear winner, we should all hire the best person for the job.

This article first appeared in the NZ Herald on the 23rd November, 2019.